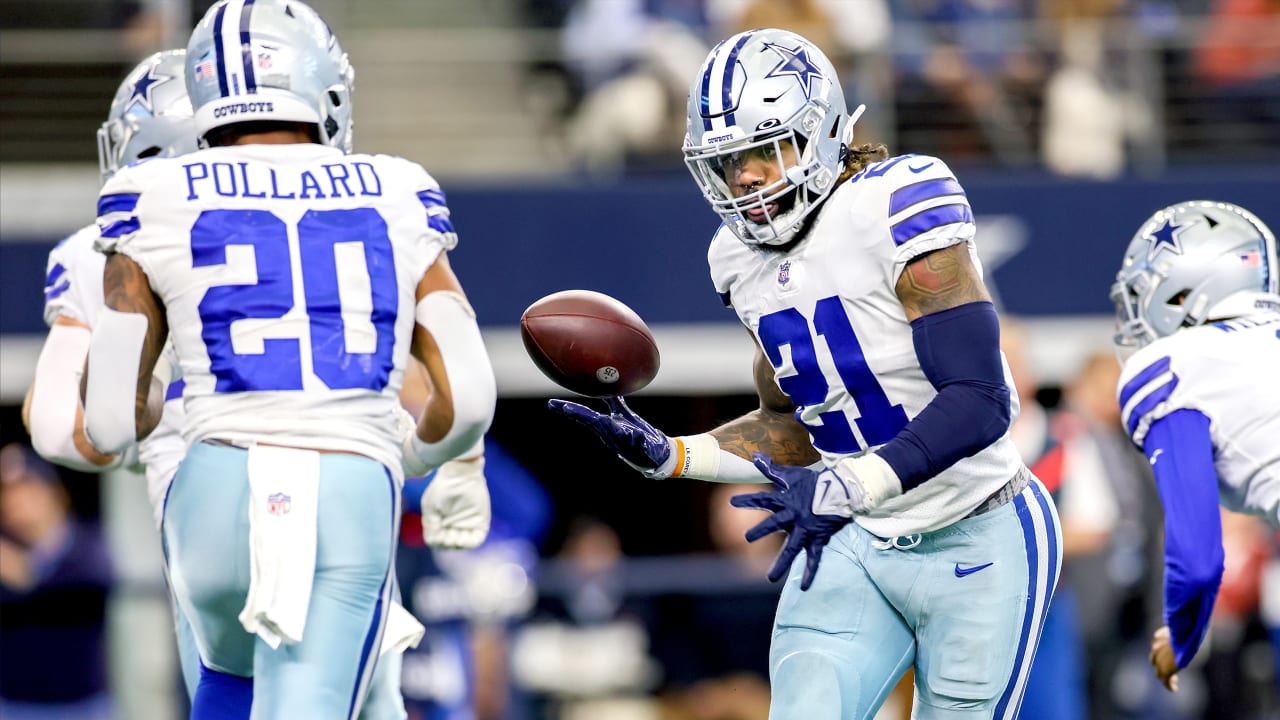 FRISCO, Texas – For the first time in a while, the Cowboys enter an offseason without what seemed like an endless conversation about quarterback Dak Prescott’s long-term contract.

Now they will have to start talking/planning the situation of a score of free agents, the salary cap and the way to take the next step towards the goal.

One of the conversations to consider will be how they maximize the talent and work of their running backs, after the Cowboys’ rushing offense finished below expectations in 2021.

A lot had to do with the lower production of yards in the career of Zeke Elliott, who started all 18 games as a starter, but in 14 of them he already suffered from his knee. Before the injury he averaged 16 carries for nearly 86 yards per game. Then it was 13 carries for less than 50 yards.

But beyond the pain in the knee, which is of course uncomfortable, it reduces explosiveness and speed; the way he leaned in to cut himself in limited space and open field, Elliott had to spend a good deal of his time blocking, either on plays designed that way or out of necessity, when he got to the line of scrimmage.

It was also no coincidence that Elliott’s stats were directly related to the performance and health of his offensive line, which missed starting right tackle La’el Collins in the first five games and left Tyron Smith in the other six; added to multiple other factors such as game loss and punishments in some other positions.

Elliott was part of an offense that generally struggled with consistency in the second half of the season early in games and in big moments against good, middling defenses.

Either way, it was enough for the Cowboys to lead the NFL in yards produced, including 10ths per rush.

Much had to do with the good season of Tony Pollard, the second running back of the Cowboys, who has shown that he can enter speed and change of pace in small spaces, without taking into account that in the open field he is almost unattainable, in addition to his ability to receive passes.

In his third season, Pollard posted career-best numbers in rushing (719) and passing (337), which resulted in him surpassing 1,000 total yards for the first time in his career. He also had his first touchdown kickoff return in 2021.

But running back in the NFL requires the ability to block, recognize defensive maneuvers, adjust to change assignments and decide in various situations whether to stay and help the offensive line or pass.

Elliott is the best for doing that extra work in the Cowboys’ backfield and one of the best in the NFL. Plus his 1,002 yards were no small feat. Dallas was 8-1 when he rushed for at least 50 yards.

Zeke Elliott’s salary is virtually guaranteed for 2022, as is his tenure with the team. So that shouldn’t be a national issue for months to come either.

The conversation should be about how best to complement their two stellar running backs and how to spread the ball more evenly to avoid overloading Elliott, who is entering his seventh NFL season and had 107 more carries than Pollard in 2021.

Barring an extension, Pollard goes into 2022 in the final year of the contract he received when he came to Dallas in the fourth round of the 2019 draft that could make him an unrestricted free agent beginning in 2023.

The Cowboys have runners to win