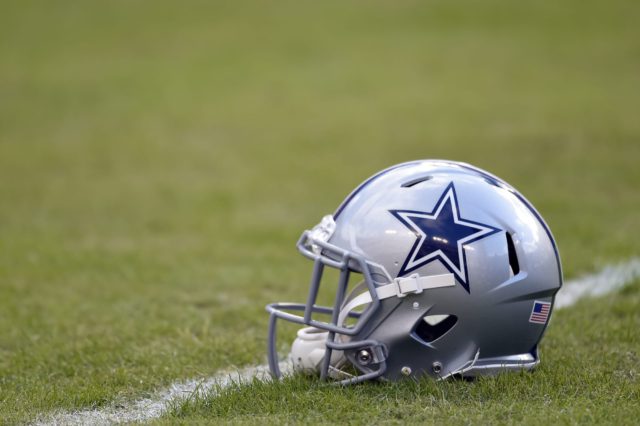 The Dallas Cowboys are preparing everything they need to look their best this regular season. Especially since they are only one victory away from having the official pass to the postseason. However, injuries are the order of the day and there are some elements that have been left out in the remainder of the campaign. Especially in the cornerback corps, where Jourdan Lewis would be out from week 7 and Anthony Brown in week 13, during the clash against the Colts.

Now, in the offices they have not slept to have some depth in the position and support the young talents Trevon Diggs, Kelvin Joseph, Nahshon Wright and DaRon Bland. On the one hand, they would sign cornerback Mackensie Alexander to the practice squad on December 7th. However, they also made the effort to bring in cornerback Trayvon Mullen on Wednesday.

Mullen comes to the NFC East organization via waivers, as the player was released by the Arizona Cardinals on Tuesday. For those who are not very familiar with the term or the process as such, which is also known as “waivers”, it has several nuances that must be noted. All this process can be done in the period of time that is equivalent between the fourth of July and the first of February. In the case of the regular season, the player can be claimed in a 24-hour period, while in the postseason process, it can be 72.

In this case, if more than one team claims the player, the one with the lowest winning percentage will have priority. And last but not least, the team assumes the athlete’s salary without the need to negotiate with his former franchise. And this is precisely what the Cowboys have done with Mullen. Since he’s an item that was selected in the second round of the 2019 Draft and his salary is something they can handle in Dallas.

As already mentioned, Trayvon ended up being a second-round pick for what was at the time the Oakland Raiders. In his tenure with the AFC West team, he made a total of 37 appearances in his first three seasons. Of which, in 31 of them the defensive back started as a starter. He managing to record four interceptions and 28 passes defensed for the franchise.

Pressure made this diamond 💎

However, in 2021 he suffered a foot injury during week 4. After being on injured reserve, he returned in week 14 but a new toe injury ended his tenure with the Raiders. By the end of August of this year, he would end up in a trade with the Cardinals. Him appearing in a total of eight games, mostly on special teams and a few defensive snaps on an occasional basis.

Thanks to this move, Mullen is in top form and does not need a period of adaptation to the game. So if Dan Quinn and the coaching staff decide, he could have some defensive snaps against Jacksonville this Sunday afternoon. As an interesting note, it should be noted that Trayvon is from Clemson University. The same as Trevor Lawrence, quarterback of the Jacksonville Jaguars. And in fact, they shared a dressing room during 2018. Since Mullen would not return for his senior season with the Tigers the following year and would go straight to the NFL Draft.

As can be seen, the offices are doing everything possible to solve the injury problems that the team has had in recent weeks. Especially the cornerback corps, which has had very significant casualties. At the moment, a cowboy victory is expected as visitors. However, the Jaguars are 3-3 at EverBank Field, so you have to be a little careful. Lawrence is usually a bit more decisive when he plays in his own stadium. Either way, Dallas has all the tools necessary to pull out the win. And along with this, they have made the necessary moves to obtain backup elements for the final stretch of the season.

The Cowboys add a former Cardinals player to their ski staff