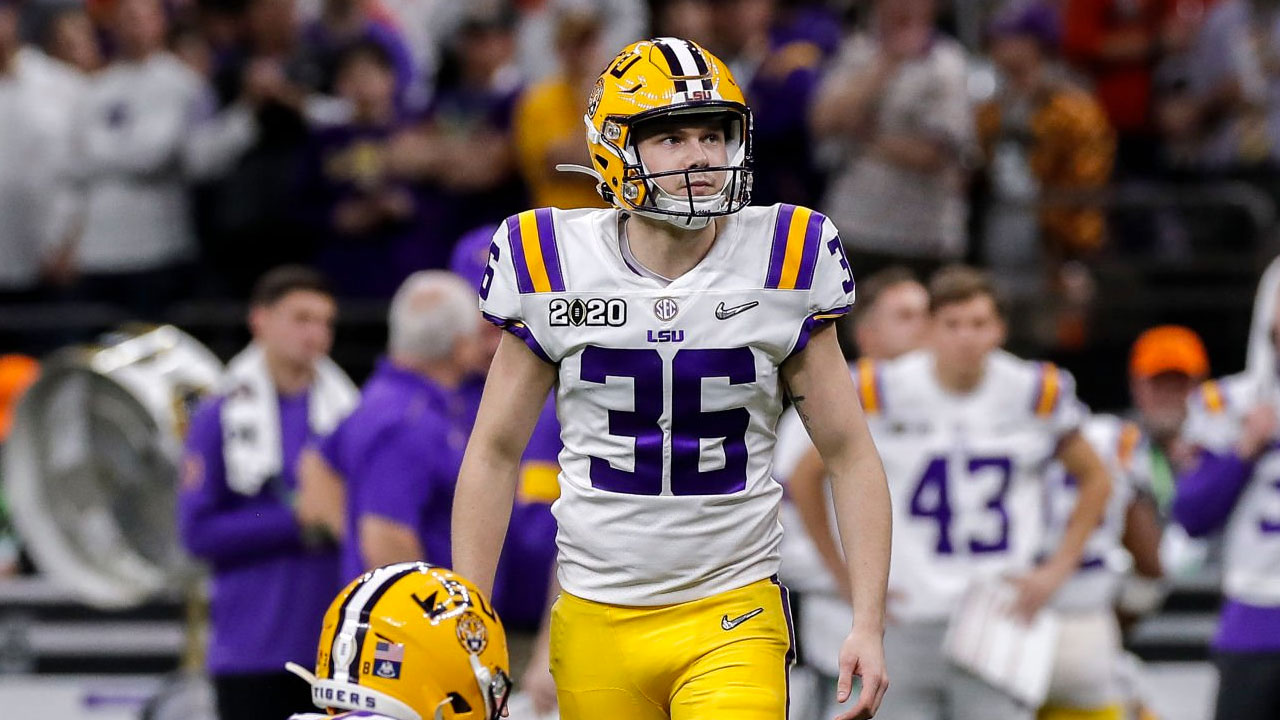 The 2022 NFL Draft is scheduled for next Thursday, April 28 to Saturday, April 30 in Las Vegas, Nevada, and in this article we present a compilation of the best prospects available from the Class of 2022 in the position of tight ends and special teams for the incoming campaign.

The current class of tight ends is actually similar to last year’s in that it doesn’t have much depth and there is a clear favorite to be selected before everyone else. For their part, on the special teams there are prospects worthy of being nominated as future stars, especially Matt Araiza, punter for San Diego State.

A highly versatile prospect, Stout is capable of solving emergency problems on field goals and extra points, but his strongest quality is punts, projecting himself ready to start in the NFL. Almost 30% of his punts travel more than 50 net yards and he produces a very low rate of touchbacks. During 2021 he averaged 46 yards per punt and shot 34 of 36 extra points.

Instead, he shot just 69.5% on field goals in 2021, but since it’s not his core attribute, that stat should work more for him than against him. For his part, a topic that alerts NFL teams is the lack of ability he has to kick to the sides, being more of a one-way kicker. He is often compared to Johnny Hekker, currently with the Panthers but remembered for his time with the Rams.

Brkic’s leg strength in 2020 was below average, but last season at Oklahoma he exceeded expectations, making 5 of 7 field goal attempts beyond 50 yards, with two of them going 56 yards. During four years in college he hit 159 of 160 extra points and accumulated an 82% effectiveness in field goalswith his best year being 2019 when he went 17th out of 17.

Despite the above, he’s not the best prospect at his position in this class due to two factors: His effectiveness at mid-field goal ranges tends to be very volatile, so he’s not the perfect candidate to trust with a game over the line. Additionally, he still lacks enough power on kickoffs, which tend to be shallow.

Characterized by his precision on field goals in moments of great importance, York boasts the longest field goal ever hit in LSU history, 57 yards, made against Florida in 2020. In addition, during the last two seasons he accumulated a percentage of field goal ERA of 84.6%, and posted 78.9% from 50+ yards during his three years in university.

However, at LSU he never played the kickoff role, so his attributes in the category are unknown. Additionally, his short kicks need to improve because throughout his college career they were extremely easy for opposing special teams to handle. Still, he’s shaping up to be the best available kicker in the Class of 2022.

Araiza is one of the most interesting punters seen in recent years. His leg strength is gargantuan, posting an 86-yard net punt against San Jose State last October, and ending his 2021 season averaging an NCAA-record 51.2 yards per punt. In addition to the above, his striking style makes the ball, if not caught by the rival, bounce forward, obtaining extra yardage on the play.

No less remarkable, of his 73 kickoffs taken during 2021, 62 ended in touchbacks. Additionally, his versatility also gives him the opportunity to cover the position of kicker of field goals and extra points in case of emergency because, during his three-year career in college, in these categories he finished 50 of 68, and 96 respectively. from 97.

In fact, the only thing to criticize about his game might be how quickly he gets rid of the ball on the punt, preventing his teammates from getting down in time to prevent the returner from getting a lot of yardage. Despite this, Araiza is nicknamed Punt Godwhich is clearly not a coincidence.

Although Likely’s speed and acceleration aren’t elite, they are above average. In addition, his great footwork allows him to stand out for his lateral movements, which he exploits to be a very important element when blocking against the running game. Offensively he’s no slouch, he’s a great deep threat characterized by his ability to get yards off the catch. During 2021 he finished with 59 receptions for 912 yards and 12 TDs.

However, he doesn’t stand out for his athleticism, and that’s a big problem playing tight end. The foregoing harms him by not having great strength in his hands, and he can easily be outmatched against defenders with greater physical qualities. Lastly, he needs to polish his running routes, which it should be noted, were not a playbook extensive in Coastal Carolina, so his transition to the NFL could be difficult on that topic.

Just 26 receptions for 309 yards and 3 TDs in 2021 might not seem like enough, but posting those numbers in an offense rife with future stars like WR Chris Olave and Garrett Wilson speaks highly of the potential of a Ruckert characterized by having above-average vertical speed and good sleight of hand, making him a perfect threat in the red zone. Also, his physical attributes allow him to be a very good blocker against the running game.

Despite the above, during four years in college he only accumulated 54 receptions, so, like Likely, he faces a serious problem with his range. playbook. He is also poor at blocking on passing plays, being outplayed by edge rushers who take advantage of his weak hand positioning. Finally, he’s also not noted for his acceleration, taking longer than necessary to get out of the line of scrimmage when his offensive contribution is required.

Last season he was simply overwhelming in college registering 90 receptions for 1,121 yards, being Colorado State’s best weapon due to his ability to shed linebacker coverage, and even having enough vertical speed to challenge defensive backs. . An expert at blocking by knocking his opponent to the ground, McBride is by far the favorite tight end to be picked top of the board, similar to Kyle Pitts in 2021.

However, on certain occasions he is usually inconsistent with his exits from the line of scrimmage, and since he does not have good agility in lateral movements, it is not easy for him to easily dodge opponents faster than him, which could bring him great problems in the NFL. Finally, his blocking technique lacks good angle positioning, so he gets easily outmatched on the outside.

What do you think about the tight ends and special teams available for the 2022 NFL Draft? Which player would you like your favorite team to select? We read you in the comments below this article and on our social networks.

Do not miss the tops by position of the prospects for this 2022 NFL Draft: