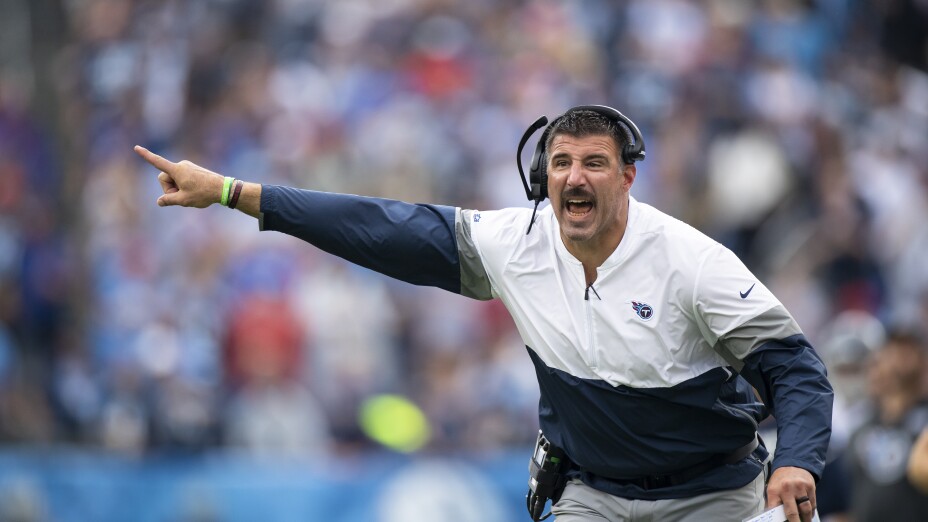 2021 has been one of the most surprising years in the NFL, in many ways. From the

Super bowl
carried out in the month of February, up to what has happened so far this season.

The word “surprise” has been very recurrent throughout this period, and that is why it becomes very attractive to analyze what the best coaches have done to put their teams in the foreground.

Without a doubt, Vrabel has been one of the main architects to place the

Tennessee Titans
as one of the most imposing teams in the NFL.

In this 2021 season, his ability has been more than demonstrated. He even lost his best man to injury, Derrick Henry, and has been able to keep the team at the top of its division.

Vrabel has a mark of 41 wins by 16 losses throughout his time in the NFL.

Despite the Kansas City Cheifs they have not been in their best form this season, coach Andy Reid’s ability remains overwhelming.

It may interest you: The Titans remain firm at the top after beating San Francisco

He led the team to its second Super Bowl in three years, and it lost to the Tampa Bay Buccaneers.

This season has given a blow of authority, because after the Chiefs started with a bad rhythm, they got up and are currently back in the talks to access the title duel again.

Sean McVay was able to keep the Los Angeles Rams in previous seasons, still without a top-ranking quarterback.

With the departure of Jared Goff and the arrival of Matthew Stafford, the Rams have boasted a great season.

It’s true that the franchise has signed high-caliber players, and that McVay has no pretexts for making it to the Super Bowl. If he succeeds and succeeds, there would be no doubt that he is one of the best coaches today.

What Bruce Arians has achieved with Tampa bay buccaneers is incredible. The team put together a new roster for last season, led by legendary quarterback Tom Brady, whom many placed in retirement.

Although experts thought it took time for that team to function, it was only in Brady’s first season that they won the Super bowl. Bruce Arians did a great leadership job, managing in a very short time to join a team that in the current season is still a candidate for the Super Bowl.

Just one season has taken Bill Belichick back to competitive Patriots. A little credible task until recently.

Without having many stars on the roster, New England It is this season, the first for quarterback Mac Jones in the NFL, one of the teams to venerate.

With a dynamic game, and making the most of the ability of each player, Bill Belichick has had very little time to join this team and he has achieved it by endorsing his label of the best coach in the NFL.