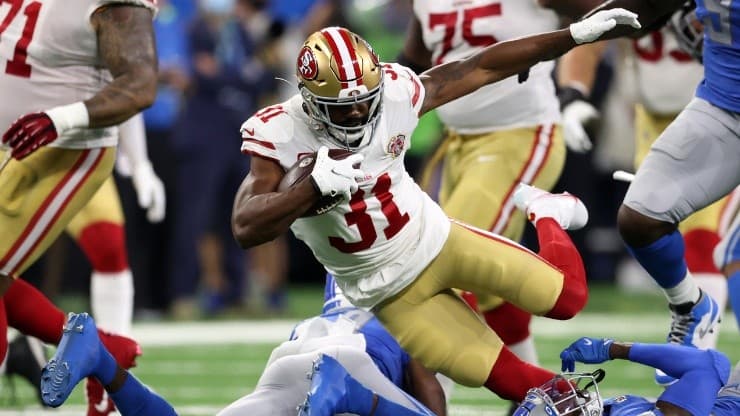 San Francisco 49ers has a serious problem and it is that in two weeks of the NFL season practically all of its running backs have been injured, how did they get to this?

San Francisco 49ers started the season with two wins against Philadelphia Eagles and Detroit Lions respectively, something very good considering that the NFC West is the most complicated division of the NFL. But they paid a high price in both games.

In the first week, the starting runner Raheem mostert suffered a cruciate ligament tear on his knee and was forced to undergo surgery and miss the remainder of the season. The team then used their reserves, but against the Lions and within five minutes, all three they used were injured.

First the one that replaced Mostert as RB1, Elijah Mitchell The rookie came out at 11 minutes of the fourth quarter with a sore right shoulder. Later, JaMychal Hasty, who bent his ankle and finally, Trey sermon, another rookie who came out with a concussion. The last two left around the 5:45 mark.

Trenton cannon ended up playing as a running back when his initial role was only that of special teams. Mitchell later returned to the game, but his status for next week is not yet known. It is important to note that the running offense is the most important part of the gear that the coach forms. Kyle shanahan on that side of the field.

Depending on the status of these three, the California franchise is forced to look for another viable option just in case and luckily they have in the practice squad to Kerryon Johnson, a young man who started at the Detroit Lions two seasons ago and will serve as a spare wheel. Of course, that he does not suffer the same fate as the others, or he will mean that there is some kind of curse with the RBs of the Niners.