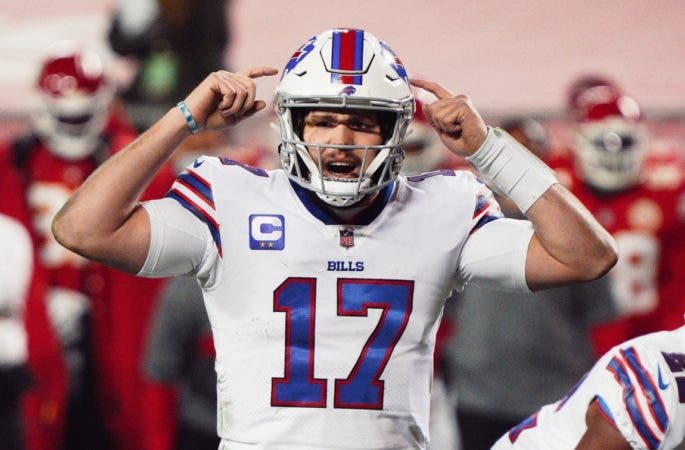 Being figures has led them to get millionaire contracts, despite their young age. In recent days, the economic portal ‘Forbes‘, published a list showing the seven highest-paid athletes under 25 in the world.

Earnings off the field: $4 million

Allen enters this list through the window: he turns 26 on May 21. The Buffalo Bills quarterback signed a six-year contract extension in August that is worth more than $258 million and has $150 million in guaranteed money, an NFL record.

That includes a $16.5 million signing bonus and a $42.4 million option bonus, which push Allen to the top of this ranking. Off the field, he counts Nike, Pepsi and New Era among his sponsors.

Read more: James and Curry are the highest paid in the NBA

Earnings off the field: $58 million

Osaka is just shy of her total earnings of $60 million from last year, which set a record for a female athlete, and is one of only two women to feature in the top 50, along with Serena Williams.

The Japanese tennis player has more than 20 corporate partners, including Nike, Mastercard and Louis Vuitton, as well as her own skincare line, Kinlò. She also just launched a sports agency, Evolve.

Earnings in the field: 46 million dollars

Earnings off the field: $2 million

Verstappen secured the 2021 Formula 1 drivers’ championship by passing rival Lewis Hamilton on the final lap of the final race of the season.

The title came with a huge championship bonus for the Red Bull Racing driver, who finished third in both 2019 and 2020.

Verstappen is an established star despite his young age. He was the youngest driver in F1 history, at 17, and set another record by winning his first race at 18.

Earnings off the field: $15 million

Mbappé became a global star with his stellar performance for France as a 19-year-old at the 2018 World Cup, and has been France’s Ligue 1 top scorer every season since.

The Paris Saint-Germain striker once again leads the league with 25 goals, with one game remaining in the 2021-22 season.

Mbappé, included in the Forbes 30 under 30 Europe 2022 list in the sports category, partners with brands including Nike, Hublot and EA Sports.

Earnings off the field: $0.1 million

Like Allen, Lattimore barely cracks this list: He turns 26 on May 20. The Saints cornerback signed a five-year, $97.6 million contract extension in September and earned his fourth Pro Bowl selection in five NFL seasons.

Earnings off the field: $8 million

Booker’s Phoenix Suns had a disappointing end to the season, falling to the Dallas Mavericks in the second round of the playoffs after reaching the NBA Finals last year, but his business is heating up.

The shooting guard, who was named to the 2022 Forbes 30 Under 30 list in the sports category, partners with brands including Nike, Corona beer and Sweetgreen and has a hands-on role as co-owner of COCO5 coconut water sports drink.

Earnings in the field: 30 million dollars

Earnings off the field: $8 million

The YouTube star turned boxer is polarizing, but he had two lucrative fights against Tyron Woodley last year, plus a well-paid fight against Ben Askren that fell outside of Forbes’ tracking window for this ranking.

Paul was the promoter behind April’s mega fight between Amanda Serrano and Katie Taylor and recently announced that he planned to return to the ring himself in August, with his opponent yet to be determined.

The 7 highest paid athletes under 25 in the world