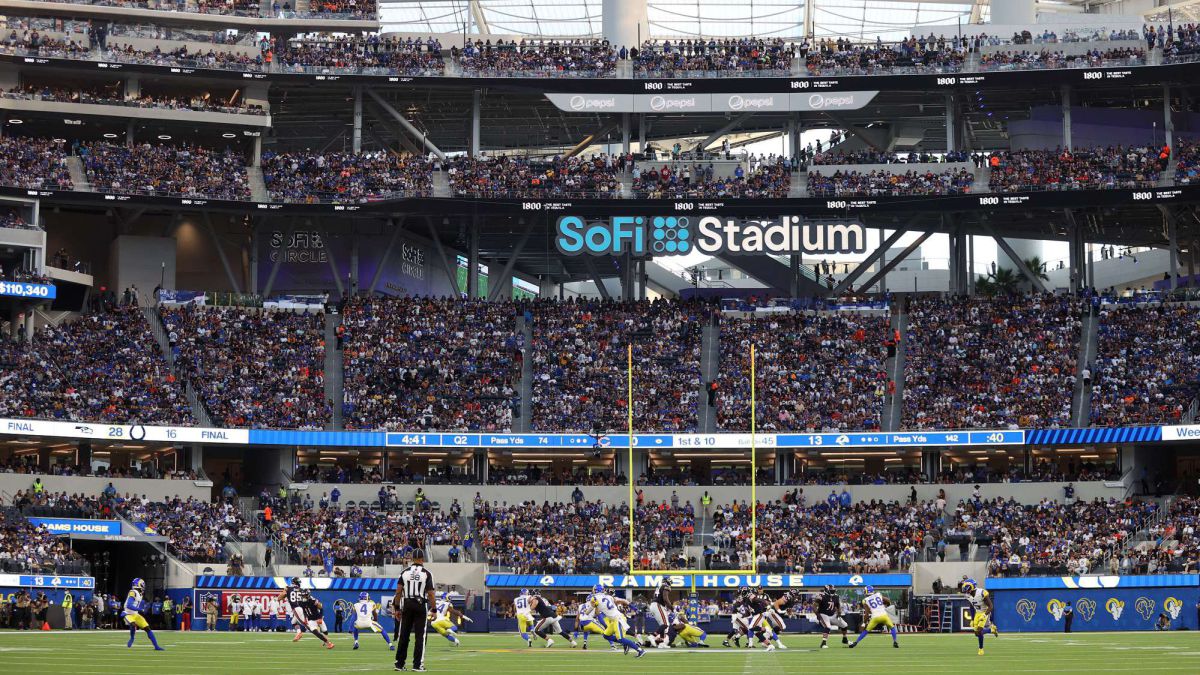 With multiple plays and actions that quickly went viral on social networks, the start of the 2021 season, which just happened last Thursday, already feels as far away as the world we knew before COVID-19.

Like a McDonald’s happy meal, NFL Week 1 came with surprises, but also with guarantees that leave learning to build the narrative with which it will be remembered this year.

With the fans taking back the stands After a campaign where attendance was restricted as a result of the pandemic, professional football continues to be called the NFL and is called quarterback. With the Monday Night game still to be played, four quarterbacks: Jameis Winston (Saints), Tom Brady (Buccaneers), Kyler Murray (Cardinals) and Russell Wilson (Seahawks), lthey threw at least four touchdown passes. It is the first time since 1970 that a start has been recorded with this statistic.

It might seem like a win or loss in Week 1 doesn’t determine a team’s fate, but since 1978 when the league expanded its schedule to 16 games for each organization,, lTeams that were victorious in the first match have more than twice the chance of reaching the postseason than those who lose the first game of the year.

Of the 633 organizations that won in Week 1… 333 qualified for the postseason (204 won division titles).

Who is in charge of offensive plays in Tampa Bay?

To win the first game of the season, Tom brady showed the power of his name and the long-standing legacy of his legacy when in the final series against Dallas, the quarterback dismissed the call from the offensive coordinator. Byron Leftwich.

Brady taught us in primetime that he’ll take the risks of playing the game his way, whenever he wants to. The seven Super Bowl rings that he removes before going to bed are more than enough to sleep peacefully with his decisions. Brady completed the pass with Chris Godwin who put the Buccaneers in position for the field goal to start how they finished last year: winning at Raymond James Stadium.

Although the 41-year-old Leftwich is ahead of Brady on the organization chart, he has no choice but to respect his quarterback’s wins and gray hair.

With the thermometer reading near 80 degrees Fahrenheit and a humidity of 80%, conditions more similar to what you have Saints when training outdoors in Louisiana, Green Bay Packers starred in one of the most disgusting defeats in remembrance of the It was Aaron Rodgers.

The game that had to move to Jacksonville because the city of New Orleans is focused on rebuilding public space after Hurricane Ida was full of mistakes for Green Bay. An afternoon in Florida where nothing went right. The Packers fell behind 17-0 and when they had three points on the scoreboard, Rodgers missed his only chance to come back when he was intercepted in the red zone. The heat clouded last season’s MVP. The unrest that arose in the offseason between Rodgers and the organization could spread and end in a cruel divorce.

You may have to see that his birthday is this month, but September and Patrick Mahomes get along as well as coffee in the morning. Since being named the Chiefs’ starting quarterback in 2018, Mahomes he has not lost a game during September. Mahomes threw for 337 yards and three touchdowns with no interceptions yesterday afternoon. Patrick has 14,489 passing yards and surpassed Hall of Famer Kurt Warner (14,372) in the most passing yards by a player in his first 50 starts in NFL history.

TJ Watt is worth every damn penny

For a few lapses in the Buffalo Bills game, the Pittsburgh Steelers looked like a slow-moving old truck. It was not a pretty triumph, but when the teams of the coach Mike Tomlin They are not pretty, it also means that they are dangerous for rivals.

Favorite by many to reach the Super Bowl, the Bills, who in 2020 stood out for being as dizzying and fast on offense as a sports car on the roads, were destroyed by the Steelers defense that once again delivers five-star service. If someone ruled out that Ben rothlisberger have one last dance in February, it’s time for you to reconsider your forecast. TJ Watt who just signed an extension of $ 112 million For four years, he dedicated himself to destroying Josh Allen’s game. Watt added five of the eight blows Allen suffered during the game.

A wild western is approaching in the West; the most talented division in the NFL

The only division that can presume that everyone has already won, is el West of the National Conference. Perhaps for many the division where more talent is gathered, in the West a close fight for the title is visualized. Rams crushed the Bears’ strong defense. 49ers with some difficulties found the way out of their problems to beat Detroit, Seahawks without difficulties and the Cardinals surprise by defeating the Titans.