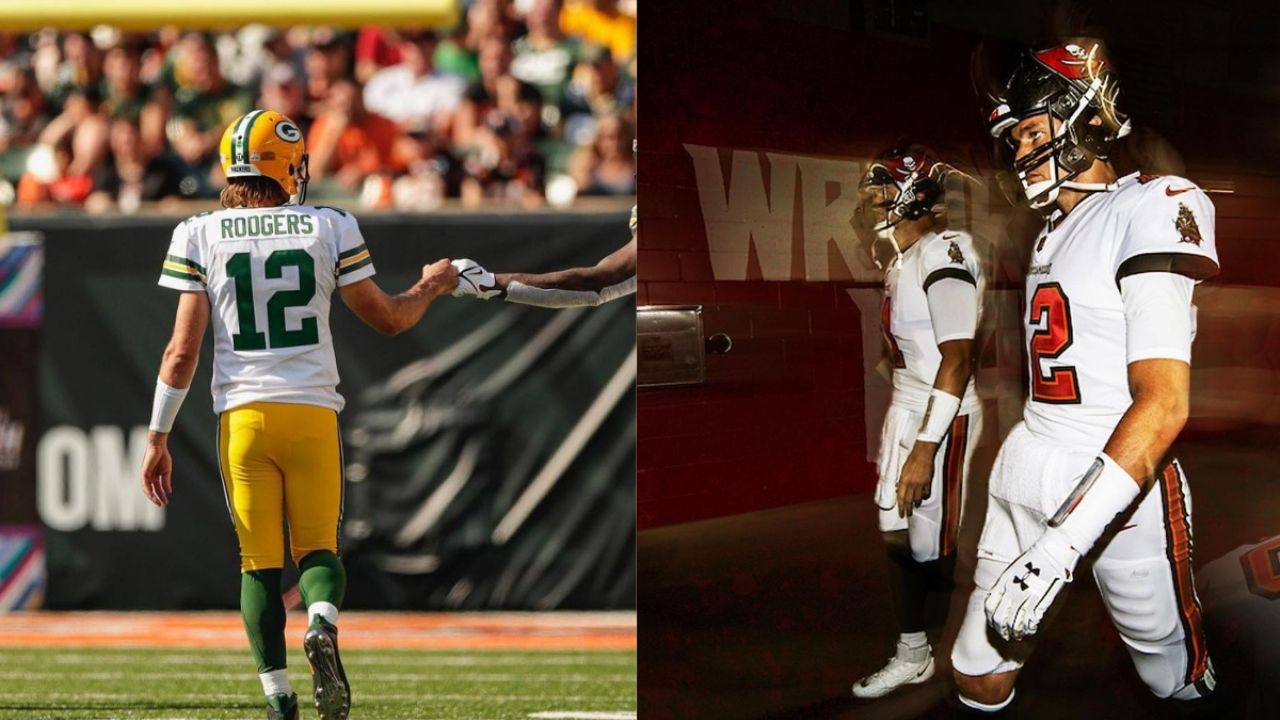 Probably fans of the National Football League (NFL) are witnessing the last seasons of some historic quarterbacks, but age is only a number and some showed it. For that reason, we present the 5 quarterbacks who threw fire in 2021.

We cannot fail to mention the historical Drew bress, who withdrew from the NFL at the beginning of the year and after 20 great seasons in which he achieved a Super bowl and an incredible 80,358 yards through the air.

“Every day I put my heart and soul into being their quarterback. Until the end, I exhausted myself to give everything I had to both the Saints organization and my team and the great city of New Orleans,” wrote the QB on social media.

Aaron Rodgers, MVP of the season

The list continues Aaron Rodgers, which was named the Most Valuable Player (MVP) of last season after leading the Packers and take them to the conference final in which they lost to the Tampa Bay Buccaneers.

In that regular season, the Packers were 13-3 and Rodgers finished with 4,299 passing yards and 48 touchdowns.

It is speculated that the current campaign will be Rodgers’ last with Green Bay and some claim that he could win again the Mvp.

Many criticized the incorporation of Tom Brady to the Tampa Bay Buccaneers, but the legendary quarterback surprised the world again by claiming his seventh trophy Vince Lombardi in February and the franchise’s first in 18 years.

Brady had 4,633 yards that season and 40 touchdown passes.

At just 26 years old, Patrick Mahomes has already led the Kansas City Chiefs to two Super Bowls, he won the first and then lost in February precisely against Tom Brady and company.

Mahomes didn’t look good in the Super Bowl and it’s something he’s going to have to work on: Pressure management nonetheless finished the season with just six interceptions, 4,740 yards and 38 touchdowns.

Dak Prescott and his terrible injury

In October 2020, Dak Prescott suffered a terrible ankle injury that took away the possibility of completing the season, but in the five games he played, he gave nine touchdown passes and recorded 1,856 yards.

The question remained whether he could regain his great level for the current season, but he did and now he is one of the best quarterbacks in the league. NFL, has had an excellent season with the Cowboys, who can dream of Vince Lombardi again.

The 5 quarterbacks who threw fire in the NFL in 2021