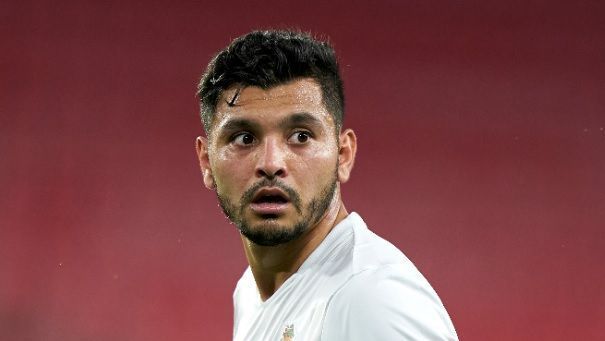 The Mexican footballer remains waiting for the agreement with Sevilla to be closed, to emigrate to LaLiga

For the second consecutive game, the Mexican Jesús Manuel Corona had no activity with FC Porto in the Primeira Liga de Portugal, while his possible transfer to Sevilla or his permanence in the Portuguese team is being defined.

‘Tecatito’ stayed on the bench in victory this Sunday of Porto 2-1 away from Famaliçao with a double by Toni Martínez, with which the team led by Sergio Conceicao is one of the four teams that have started the Portuguese League 2021-22 with two wins.

Sources close to Crowna, consulted this Sunday by ESPN, they assured that there is still no agreement with Seville for his transfer, but they said that a good advance will be the obtaining this week of the community passport for the 28-year-old footballer, who since 2015 defends the colors of the Porto and you are already eligible to receive Portuguese nationality.

The newspaper O’Jogo in Portugal reported that Seville has offered 12 million euros (14.1 million USD) for 66.5 percent of the pass from Crown, with which the Porto it would retain a third of the player’s value in a future sale.

However, various sources have also told ESPN that the Spanish club is watching other players in the far right position.

In front of the Seville, Julen Lopetegui knows and has high regard for Crown since he was his coach in Porto between 2014 and 2016, which is why he has asked the sports director Ramón Rodríguez ‘Monchi’ the signing of ‘Tecatito’.

The Andalusian club has shaken the transfer market in recent days with the hiring of goalkeeper Marko Dmitrovic, midfielder Erik Lamela and full-backs Gonzalo Montiel and Ludwig Augustinsson, while Danish media give as a fact the arrival of midfielder Thomas Delaney, who would be the fifth reinforcement of Seville, in the absence of Crown may be announced this week as the sixth addition this summer.

-With information from Rodrigo Fáez