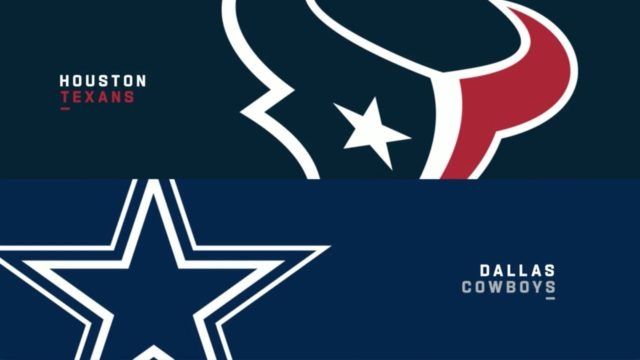 This week, the Cowboys will have their “neighbor” from the state of Texas as their rival: the Houston Texans. It is true that both franchises have only met five times during the regular season, this because the Texans are barely 20 years in the NFL. However, these teams have an “inherited” rivalry as part of a regional tradition.

In itself, the rivalry between Dallas and Houston in the NFL dates back to before the Texans existed as a franchise. Let’s remember that the now Tennessee Titans were for many years the Houston Oilers, this before the relocation of the franchise in 1996. However, the Titans maintain all the historical records of the then Oilers.

Because of this, the Houston Texans “inherited” the regional rivalry with the Cowboys when they debuted in the NFL in 2002. This rivalry is framed in the Texas Governor’s Cup, an event also known as the “Battle of Texas” or “Texas Championship”. Texas”.

What is billed as both the “Governor’s Cup” & “Texas Championship”, Dallas and Houston meet for the first time ever in an AFL-NFL exhibition game.

This “championship” between the Texas teams began in 1967, when both teams agreed to play annually in either the preseason or regular season. Therefore, except on specific occasions for reasons of force majeure (and in the years that Houston did not have a team in the NFL), the two teams from the state of Texas dispute the aforementioned cup every year.

Since the Texans are in the AFC, the annual matchups between the Cowboys and Texans occur more regularly in the preseason. That is why, in 2021, both teams met in that instance. And since Houston and Dallas were scheduled to meet this year in the regular season, there was no exhibition game between the two this summer.

General data of the duels between Cowboys and Texans

In the framework of the Texas Governor’s Cup, including preseason and regular season games, Dallas dominated Houston prior to the Oilers’ move to Tennessee. In 31 games through 1996, Dallas won the Cup 18 times to Houston’s 13.

However, since the Texans are the Cowboys’ regional rival, dominance has been divided. From the 2002 season to the present, the preseason series is led by the Texans 6-5 over the Cowboys. However, in the regular season, Dallas leads the series 3-2 over Houston.

Notable games between Cowboys and Texans in history

Although the Cowboys and Texans have only met five times in the regular season, there are a few games worth noting. Here we present them.

2002 season – First game between the two

In the Texans’ debut season in the NFL as an expansion team, their first game was at home against the Cowboys. This marked the beginning of this new stage in the “battle of Texas” and the return of the Governor’s Cup. And, in this match, the home team gave the surprise by beating the cowboys 19-10.

This game was marked by the defenses of both teams. David Carr, quarterback for Houston, was sacked six times. While Quincy Carter, Dallas QB, suffered three sacks. However, Carr won the game, throwing for 145 yards, two touchdowns and one interception.

It’s worth mentioning that neither of the two Texas teams made the playoffs that year. The Texans would close their debut season with a 4-12 record, while Dallas would do so with a 5-11 record.

After the 2002 duel, the Cowboys would beat the Texans in the next three games. The last of these was in the 2014 season, in which they defeated Houston in overtime 20-17. This, in fact, is the last regular season cowboy victory against his “neighbor” to date.

In this meeting, tight end Jason Witten made history after surpassing 10,000 career receiving yards in the NFL. This placed him at the time as the third player in his position to exceed that figure in NFL history.

After the end of his career, Witten would go on to rank as the second-highest receiving-yardage tight end in history with 13,046 total yards. Until now, the Dallas legend still trails Tony Gonzalez, who had 15,127 yards during his career with the Chiefs and Falcons, in that stat.

Hadn’t realized Cowboys-Texans this week will be first matchup since Cowboys won in OT all the way back in 2014.

2018 season – Last game between the two in the regular season

Finally, we have the last clash between the two Texas teams in the regular season. This game of the 2018 season would also go to overtime, but Houston came away with the 19-16 victory.

In this matchup between Dak Prescott and Deshaun Watson, the then-Texans quarterback was more dominant. Watson ended up completing 33 of 44 passes, throwing for 375 yards, one touchdown and one interception. The turning point, however, was a much-criticized Dallas punt in overtime that left Houston in a good position to win thanks to a field goal.

In a game where Houston’s defense got the best of it, the Texans won in overtime 19-16 over an erratic Cowboys (Video courtesy of NFL) pic.twitter.com/ajKffkjGWx

Now, in the 2022 season, the two Texas teams have very different realities. The Cowboys come in a great emotional moment after two important victories against the Giants and the Colts. Meanwhile, the Texans come in as the team with the worst record in the NFL so far, and with changes at quarterback. However, Houston will not be reliable in this new duel for the Texas Governor’s Cup. Or the “Battle of Texas”, as it is also known.

#TBT: History of the rivalry between Cowboys and Texans