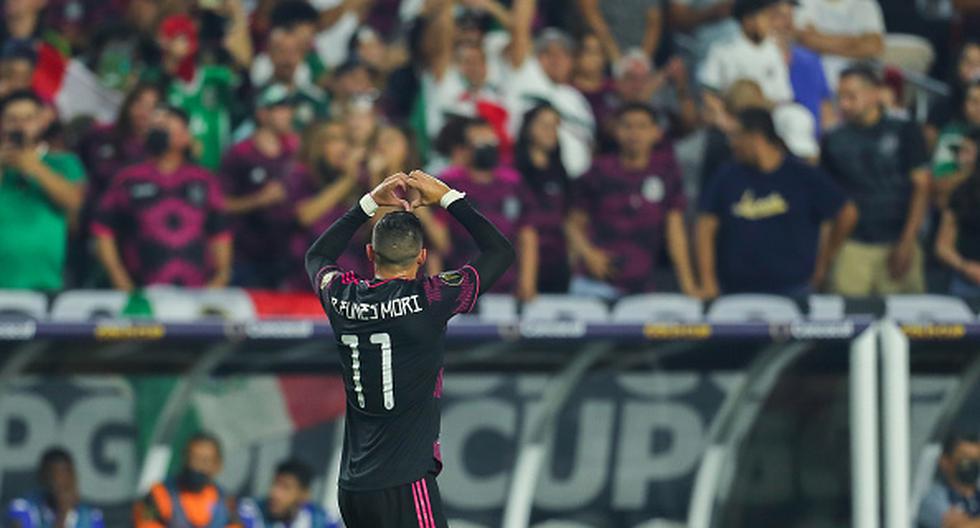 The soccer team of Mexico advanced to the semifinals of the Gold Cup 2021 of the Concacaf when thrashing 3-0 to Honduras this Saturday, in a quarterfinal game played at State Farm Stadium (University of Phoenix). Rogelio Funes Mori, at minute 26, Jonathan dos Santos, at 31, and Orbelín Pineda, at 38, scored the goals to define the Aztec victory.

The Mexican team had a cyclonic start with a suffocating territorial dominance, but without forcefulness in the first moments. Before 15 minutes he had already wasted three clear scoring opportunities. At minute 3, the Honduran goalkeeper Luis López contained the first Mexican attempt: a header from Héctor Herrera.

Three minutes later, Rogelio Funes Mori was the author of a new attempt. The ‘Twin’ eluded the goalkeeper and took a low shot that went to the goal, but the catracha defense arrived in time to stop the ball. At 10, Jonathan dos Santos appeared in the area and tried to elude the Honduran goalkeeper, who dived into the grass to get the ball out of one hand from the Mexican player.

The ‘Tricolor’ once again besieged the Honduran players with a deep pass that ended at 2-0, a volley from Dos Santos from the half moon. At 37, Mexican goalkeeper Alfredo Talavera had a bad start that did not end in a goal due to poor definition by Jerry Bengtson. The 3-0 of the Aztec squad was signed by Pineda with a header from Jesús ‘Tecatito’ Corona.

The best approach of the Honduran team was recorded until the 53rd minute with a powerful shot from Bengton that was contained by Talavera. With the game resolved from the first half and as the minutes passed, the Mexican team lowered its intensity and thus waited for the final whistle. In the semifinals, Mexico will face the winner of the tie between Costa Rica and Canada, which will meet on Sunday at the AT&T stadium in Arlington, Texas.

INCIDENTS OF MEXICO VS. HONDURAS

THE PREVIEW OF THE MATCH

Forced by its hierarchy in the Concacaf and for being the defending champion, the Mexican team will face the Honduras team on Saturday, who will arrive with high spirits to this quarterfinal duel of the Gold Cup that will be played in Phoenix, USA.

Mexico reached these quarterfinals stumbling despite finishing as Group A leader with seven points: they drew goalless with Trinidad and Tobago, beat Guatemala 3-0 and beat El Salvador 1-0 with suffering.

Mexico vs. Honduras: schedules in the world

For its part, Honduras was second in Group D with six points after beating Granada 4-0 comfortably, coming from behind to beat Panama 3-2 and closing with a 2-0 loss to Qatar.

This will be the seventh game between Aztecas and Catrachos in the Gold Cup. The balance is three victories for Mexico, two draws and one triumph for Honduras.

As of this round, the margin of error for Gerardo Martino as Mexico coach has been completely reduced. The ‘Tata’ knows that to avoid a wave of severe criticism he has to win the three remaining games in the Gold Cup, starting with Saturday’s against Honduras.

After the group stage, the ‘Tata’ Martino stressed that the ‘Tricolor’ did not receive goals – it was the only one of the 16 teams – and admitted the lack of forcefulness, but trusted that his squad will soon manifest the football they have worked during concentration.

“There is an idea, training and conviction, we must correct our own mistakes now that we are entering a stage of the quarterfinals that are highly competitive,” said Martino.

With information from AFP.