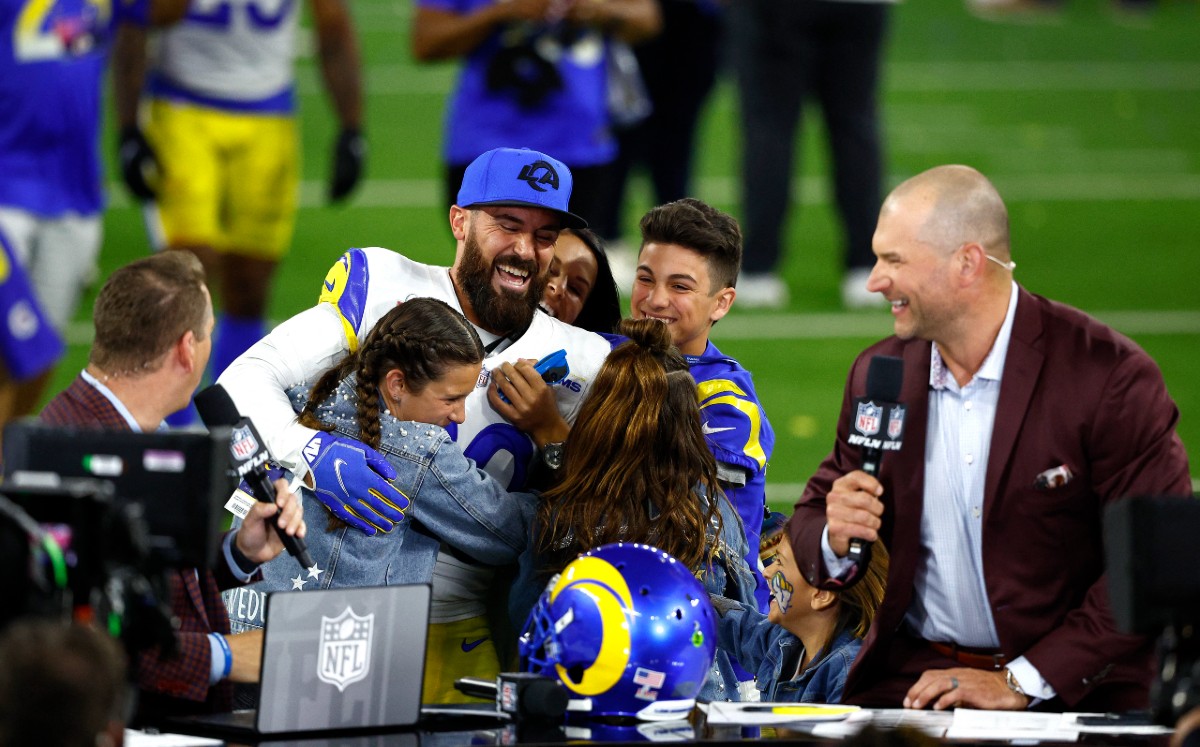 The stories that left the triumph in the Super Bowl of Los Angeles Rams focused on the possible retirement of Aaron Donald, the consummation of matthew stafford after 12 previous years without winning in the Playoffs or the birth of the son of van jefferson in full party, but few talk about the extraordinary case of eric weddle.

arrived at the NFL in 2007 with the San Diego Chargers, this safety alumnus of the University of Utah played 13 years as a professional also with the Ravens and Ramswith whom he retired in 2019, without knowing the incredible story that awaited him two years later, already feeling like a real retiree.

A six-time Pro Bowl selection and two-time first-team All-Pro in 2011 and 2014, the defensive end spent nine years with the Chargers, from which he got into a fight with the general manager, Tom Telesco, whom he publicly accused of “treacherous” in his speech this Sunday after winning the Vince Lombardi trophy.

“I thank the Chargers for selecting me as a rookie and Tom Telesco for how things developed in that organization. I always said that Eric Weddle would have the last word and today I presume to be a Super Bowl champion. It’s funny how everything in life comes around, I’ve always treated everyone with respect, honesty and love, but when you don’t get that back, eventually life rewards the good guys,” Weddle said.

After three years with baltimore Between 2016 and 2018, Weddle had what was supposed to be his last adventure in the NFL in 2019 with the Rams of Sean McVay, who at that time asked him to sign to try to achieve what had been so denied to the player and the same franchise, which the previous season lost in the superbowl against Patriots.

Weddle trained his children already retired from the NFL

That season of 2019, Eric Weddle was the Rams’ second most tackled player, But his great goal was not fulfilled with a disappointing 9-7 record that left Los Angeles out of the Postseason and the safety with the firm conviction of retirement, which he announced in the first days of 2020.

After 13 seasons, Weddle decided that he had to take care of his family and wanted to spend more time with his children. For this reason, he took the position of coach of the children’s team in which they participated, but in November 2021 he received a call that he never imagined to be “fireman” of a team desperate for injuries.

Between injuries and the coronavirus, rams at one point in the 2021 season they practically ran out of defensive backs and it was then that coach Sean McVay he turned to old acquaintance Weddle, who as of November was 21 months into retirement. Convincing him was not easy, but the talent of the organization made him change his mind.

“I thank the coach McVay for the crazy idea of ​​getting me out of retirement. I knew that with the quality of the players it was my last option to achieve what I dreamed of so much. Today I officially announce that I am retiring from the NFL again, but I am doing it as a champion with the Rams“Weddle said at Sunday’s post-title conference.

That was how Eric Weddle went from the “mistreatment” of the chargers to be a retired children’s coach to return for 3 months -literally- to the NFL to achieve his greatest dream and today to be able to return home to continue watching over his children, directing them, but with a tremendous championship ring in his hand.