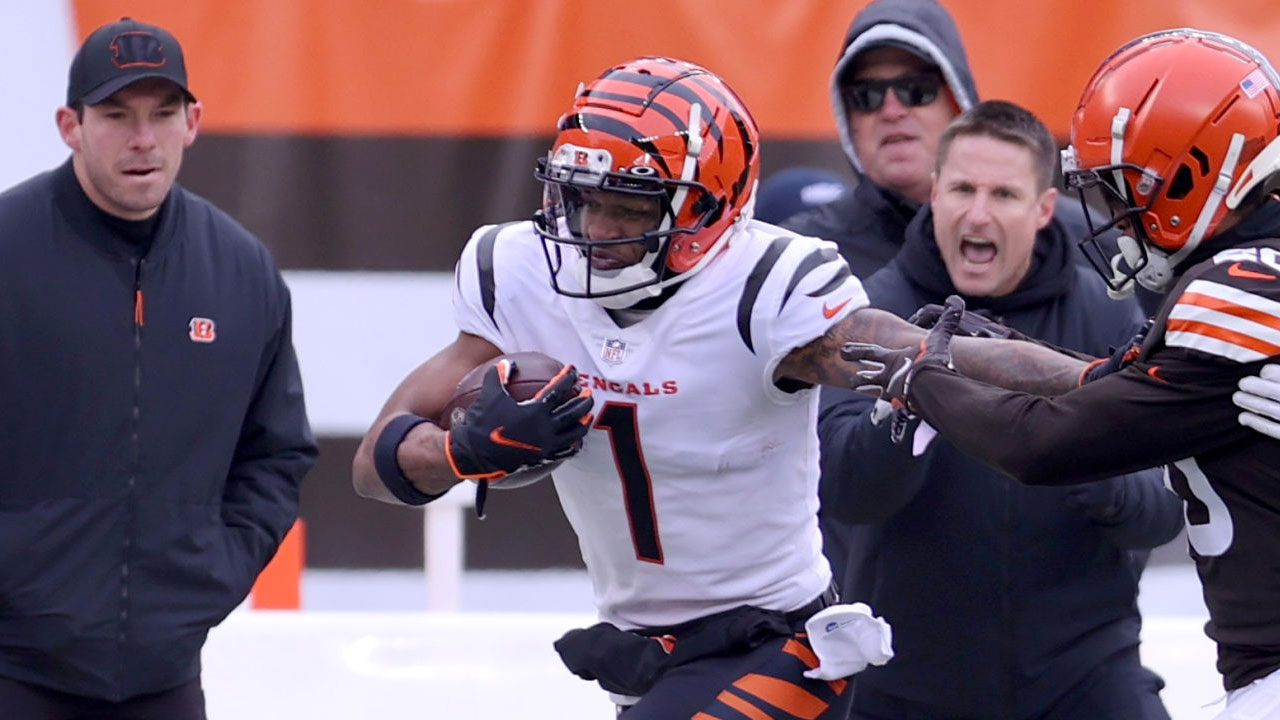 The Cleveland Browns defeated this Sunday, at home and without many complications, the Cincinnati Bengals, who rested a good part of their starting players, by a score of 21-16, in a match played at FirstEnergy Stadium, within week 18 from the 2021 NFL season.

Bengals: lose on the scoreboard, win towards Playoffs

With yesterday’s victory for the Kansas City Chiefs, Cincinnati lost any chance of getting number one in the seed heading for the playoffs, and since they had already secured the AFC North title, it seems that today’s game it was a mere formality for the HC Zac Taylor team.

Really, this week 18 we lived a preseason atmosphere, with a parade of second-team players, plus a couple of glimpses of Ja’Marr Chase, who entered a couple of offensive series, and finished with two receptions for 26 yards, enough to rank, with 1,455 yards, as the leader in franchise history in a season.

If there’s one criticized unit in Cincinnati this year, it’s the offensive line. Since the draft, when they selected Chase on much-needed help at OL. Although the result of the connection between Joe Burrow and WR has been spectacular, the punishment that the QB has received this season has been harsh.

It’s clear why Brandon Allen isn’t the starter, and while Joey-B rested at home, Allen suffered from the same malady as Burrow, but without the talent to spread plays and find his best weapons on long field. The Bengals couldn’t move their offense until late in the fourth quarter, when the deficit was already two possessions.

The Browns saved the pride (and some the contract)

For its part, Cleveland ended Baker Mayfield’s season on rest and with the uncertainty of what will happen to him in 2022. Case Keenum was able to orchestrate three scoring series, which were enough to clinch the victory at home.

RB D’Ernest Johnson shone in the final game of the year, finishing with 133 total yards and a rushing touchdown. Johnson is looking to stay on the team, as part of the backfield formula alongside Nick Chubb, or look for a spot on another team, where he could probably fight for a starting spot.

We’ll see how the Bengals face the Wild Card game against the Raiders. Will they be able to be dominant again with all their starters on the field? Do not forget to leave your comment in this note or on our social networks.

Still losing, the Bengals arrive as the best in the AFC North