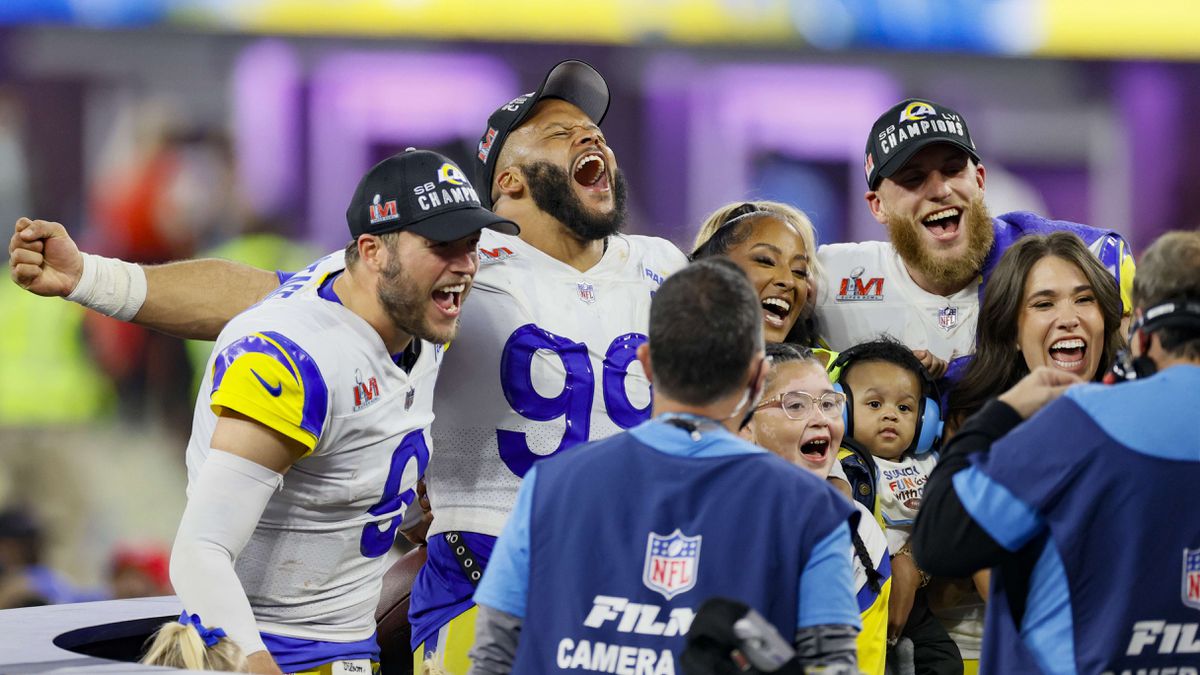 In American football, the perfect magnet is always the quarterback, the one in charge of throwing the ball. The true workers of the game are those who belong to the defensive team because they are the ones who are in charge of beating up to prevent the advance of their rival. The Los Angeles Rams have won their second Super Bowl, largely thanks to their strong defenses that stifled any attempt by the Bengals, the team that has never won a title and, in fact, adds its third loss in a great NFL final.

Aaron Donald, number 99, was a beast. Throughout the game he had his sights set on Joe Burrow, the Cincinnati quarterback. His job was to thwart any advance of the quarterback. Also to cause an error. In the entire game he managed four tackles and two sacks to Burrow, one of them in the last opportunity for the Bengals to get the field goal zone, key to tie the game. That’s where Donald emerged, born in Pennsylvania and 30 years old. That play earned Los Angeles the game. During his career in the NFL he has won the award for the best defensive player in the league three times and, this Sunday, on every play he asked to wear the championship ring, something he lacked.

Along with Aaron Donald, Von Miller, who had already been a Super Bowl champion with the Denver Broncos, also stood out. Darious Williams and Ernest Jones chipped in with their blocks to keep the Bengals from winning. NFL analysts put Donald as a candidate for the most valuable player in the game (MVP), however, the award went to Cooper Kupp. The 28-year-old Rams receiver was instrumental in making the offense work. In the Super Bowl he collaborated with eight important receptions so that his team advanced on the field and on the scoreboard. And he was the image of the game by getting with 1:25 left on the clock the touch down Victory. In fact, he caught the ball in the end zone twice, but one was invalidated by a series of infractions on the field.

Kupp’s story is that of a player underestimated by his environment. Born in Yakima, Washington, he bears the scar of finishing high school and not receiving any offer from a university. That, for any American footballer, is a serious setback. Nobody noticed him until he fought for a chance at Eastern Washington University. In 2017 the Rams signed him. Injuries kept him from glory until the 2021-22 season, in which he became decisive. Part of that click is in the partner who gave him the precise passes for the Rams to win the Super Bowl.

Matthew Stafford, 34, unpacked his things this season after spending 12 inglorious years in Detroit. In 2009 he was seen by all NFL recruiters as the great quarterback of his generation. They selected him in draft in the first place, but could never pull the Lions out of the abyss. It was in the 2021-22 season when the Rams traded players and kept him. In his first year, everything came to a head. He led them to the playoffs, also under the guidance of their coach Sean McVay, and they got Tom Brady and the Buccaneers out of the way. Stafford can tell that he was Brady’s last rival.

In the land of Hollywood, moments to remember and epic had to happen. In the third quarter, Stafford sprained one of his ankles after a Bengals defender crushed it. The pitcher was treated on the field and had his ankle taped. Still lame, he was able to make the final passes to Kupp and win a Super Bowl that crowned his patience as quarterback.

Stafford, Kupp and Donald’s trident gives the Rams glory in the Super Bowl