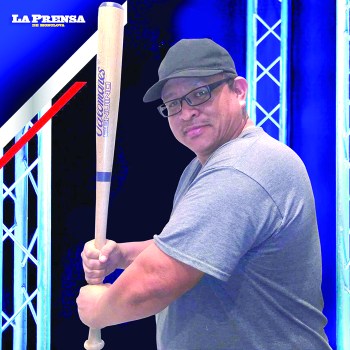 The 2022 season in the Major Leagues is still in danger, since both the Players Union and team owners have not reached a labor agreement for the following campaigns.

Today (yesterday) was the deadline for them to solve the problem they have and if they do not reach an agreement, the 2022 season could be canceled.

Perhaps, at first glance, the figures proposed by the Players Union seem very ambitious on their part, considering that the minimum salary for the 2021 season was $570,500.

But if you compare it with the amount that the other professional leagues earn, in my opinion it is just what they are demanding.

-1. In the NFL There is the highest minimum wage, since the amount is 660 thousand and there are only 17 games, which is equivalent to 38,824 dollars per game.

-two. The NBA It is the professional league that has the best minimum salary since it is $925,258 per season, where the regular role is 82 games, which is equivalent to $11,284 per game.

-3. Then follows the Professional Hockey Leaguewho is in third position in terms of minimum salary, since it is $750,000 per season in 82 games, this averages the amount of $9,146 per game

-5. The MLB, It is the professional league with the second lowest minimum salary, since the amount is 570.50 dollars per regular season and if we divide it by the 162 games it is 3,522 dollars per match.

That divides each of the sports in terms of their performance, since the NFL plays once a week, the NBA is only 82 games, in Hockey too, in the MLS a game is played every week and in the MLB plays every day that is 162 games per season.

In other words, in the Major Leagues, the minimum wage is the second lowest paid at a professional level and that is why the Players’ Union is demanding what the players like, and apart from the fact that it is the second most popular sport in the neighboring country, only below the NFL.

Perhaps many people are going to say “It is that in American football you play whatever the weather is”, because I have had to see NFL games played up to 25 degrees below zero, that is to say at freezing temperatures, this in cities like Green Bay, North Carolina, Denver Colorado, Tennessee, among others.

Let’s hope that good news arrives after today’s meeting (yesterday) between the Union and team owners, this for there to be baseball is this 2022 season in the Major Leagues….

LAST MINUTE; THEY DO NOT REACH AN AGREEMENT

The meeting between the Union and team owners is over and for now the first two Series are lost in the best baseball in the world.

The 2022 Major League Baseball campaign is still on hold, this time it is confirmed that the first two series of the season will not be played, there is still no agreement between players and MLB managers.

The time limit established to reach an agreement was met without harming the schedule in the 2022 campaign and for now they have already damaged the regular role by losing the first two series of the game schedule.

After the meeting, this was what Commissioner Rob Manfred said:

“My deepest hope is that we reach an agreement quickly. I am really disappointed that we have not reached an agreement. Today was not a particularly productive day.”

After the news was released that the first two series in the Majors were suspended, this means the millionaire losses in each of the participating franchises.

This means that many jobs are lost, as well as the players, office staff, souvenir shops, vendors, food stalls and everything that surrounds this beautiful sport… Let’s wait for new news…

DID YOU KNOW? If the players union and the Major Leagues do not reach an agreement and if there is no season in this year 2022. Then Manny Ramírez (Red Sox) and Bobby Bonilla (Mets), will be the two highest paid players this season and without playing. The first with 2 million dollars and the second for 1.8 million dollars. This because of the contracts they signed in their time as players….

Every being that breathes that praises GOD. Always remember it…