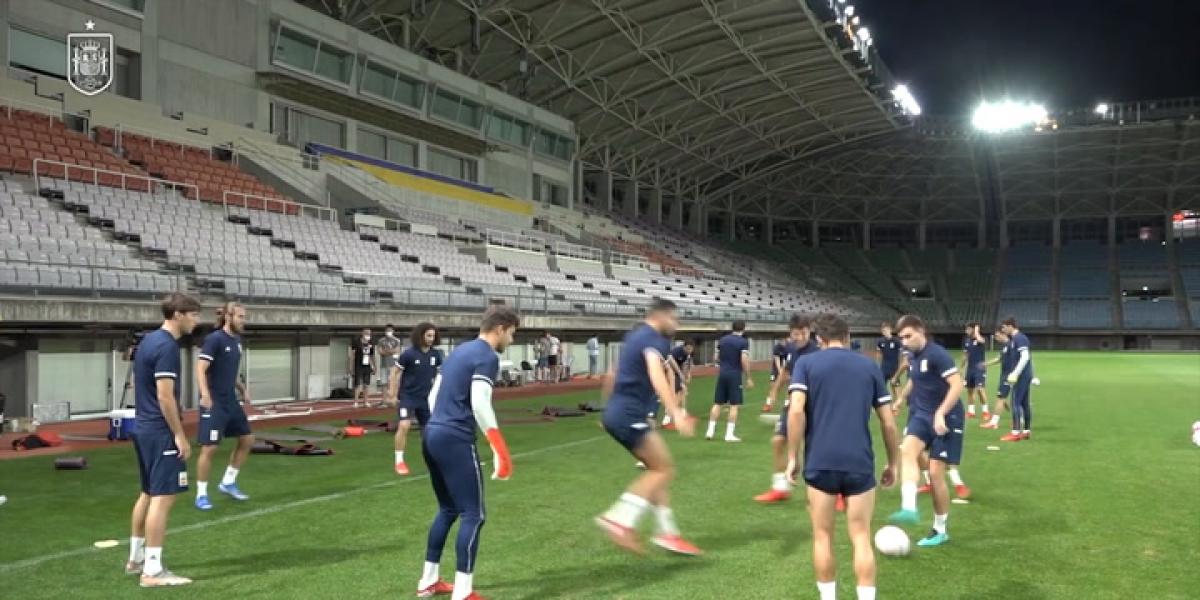 Spain and Ivory Coast face in the Football quarterfinals of the 2021 Tokyo Olympics. They do it in a match on the set Luis de la Fuente He needs to generate chances, so his center of the field must carburet. One of the aspects that is leaving doubts is the question of the “false 9”, a role that the player of the Real Sociedad, Mikel Oyarzábal.

Spain comes from being first in the group, after drawing 0-0 in his debut against Egypt and suffer greatly against Australia, where a goal from Mikel Oyarzabal In the 81st minute it gave him a key victory (1-0). On the third date, the national team also drew somewhat against Argentina, where despite taking the lead thanks to a goal from Mikel Merino, after a great pass from Dani OlmoIn the final minutes he received the final equalizer, a result that was enough for him.

The adaptation of the national team to Japan has not been easy at all, but clearly in the tournament their level is going from less to more. In addition, he has been able to recover Oscar Mingueza for defense and Dani ceballos it will be doubt until the last minute.

The lack of preparation and adaptation has been seen during the tournament in a team that finds it difficult to create chances and give rhythm to the circulation of the ball. Over the games this circumstance has improved and especially against Argentina the second half saw important occasions for the national team.

Ivory Coast, meanwhile, defeated Saudi Arabia (2-1), Cinderella of the group. Subsequently, he achieved a valuable draw against the great favorite, Brazil (0-0), the current Olympic champion, in a duel marked by the early expulsion of Douglas luiz and the Ivorian resistance to the stakes of the cararinha. In the final third game, Germany was unable to defeat them, getting a draw (1-1), thus leaving the Teutons out.

When is Spain – Ivory Coast played?

Where to watch the Spain – Ivory Coast?

The encounter can be seen by La1 and for the open RTVE website, RTVE Play. It can also be followed by Eurosport 5 and Eurosport Player. You can follow all the information about the match live on the Mundo Deportivo website.