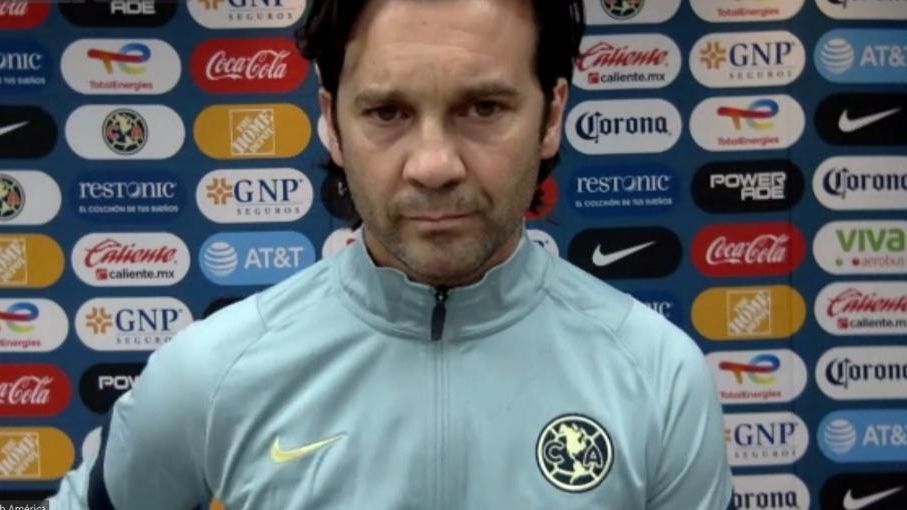 The America coach, Santiago Solari, is clear in his desire for the directive to get him a right-hand midfielder in the market, by pointing out that none of his players has the characteristics he is looking for on that side.

“With all due respect to the squad players and what they give, I think a deep right player would make us more powerful. All the players give us the best they have, each one with their characteristics, but I can give my sports recommendations, “he said at a press conference.

The former Real Madrid technician mentioned that he will leave everything in the hands of the dome headed by Santiago Baños to be able to hire a footballer who fulfills that wish.

“There are other issues that are beyond my competence. One is the desire and the other is the reality of the market, which is not simple and we all try to do our best to have a better team, ”he explained.

Solari mentioned that Renato Ibarra He has good conditions, but he cannot count on his work on the field, since the board of directors is looking for an accommodation for the Ecuadorian soccer player, since he experienced an extra-field problem that prevents him from being taken into account.

“We have already talked about Renato Ibarra and I have commented that they are management issues. He is a player for America, but it does not depend on me ”, he added.

Given this, he expressed that he wants to lead the Eagles to obtain a new streak of victories from both locals and visitors. In addition, he recalled that his squad is undefeated since the last tournament arrived by adding 10 wins and a draw.

“We face the games one by one. It’s a fantastic streak in eight months to win all of them and drawing one is very difficult to spin. This year we want to restart on that same visiting path and what you did in the past is there and we must face this commitment with the utmost seriousness. Puebla is competitive, an entertainer, he plays very well and has not given anything to anyone and tomorrow will be very hard, “he concluded for the game they will face against Puebla.