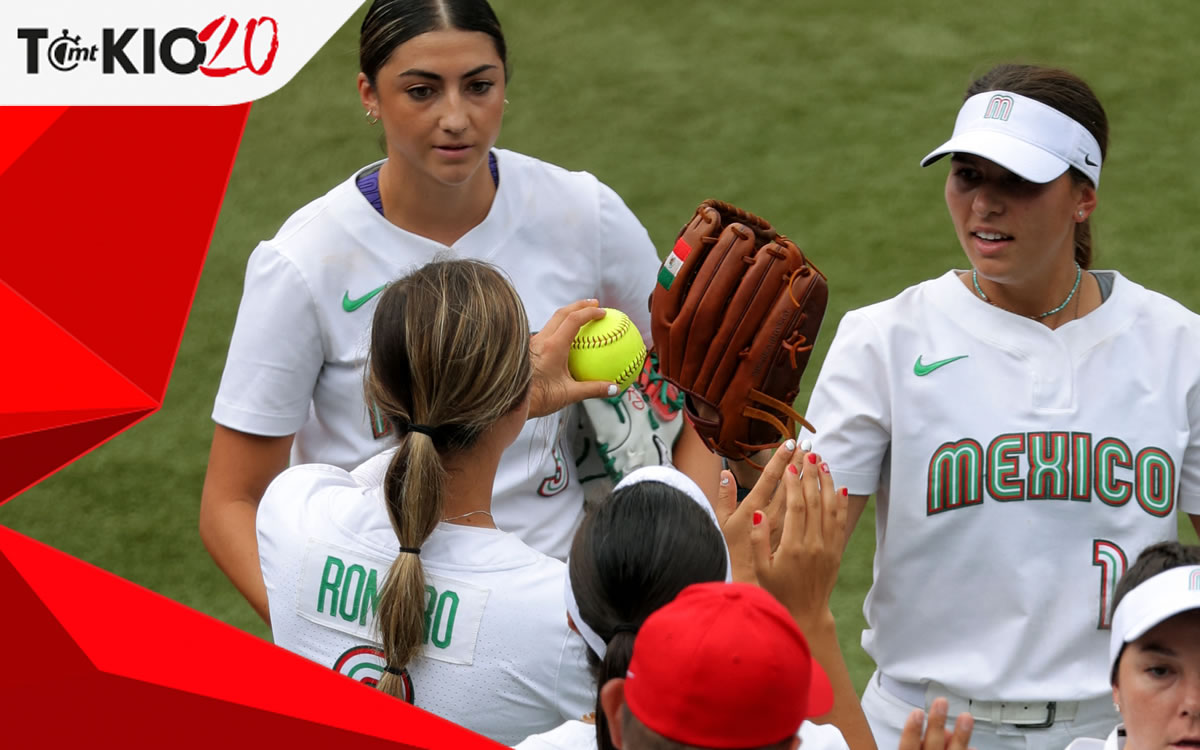 There will be penalties for being guilty because they have “insulted Mexico” throwing their uniforms in the trash. Mario Garcia de la Torre, head of mission of the Mexican delegation in Tokyo 2020, regretted the actions of the players of the Softball Selection who competed in the summer joust and finished in fourth place.

The manager deeply regretted that they found athletes’ official garments in waste bags, because if something was tried to promote was to make people feel softball players as Mexicans, despite the fact that practically they were all born in the United States.

“It is a topic that we would like to tell you, I do feel it as an offense to our national identity. We wish it hadn’t happened because in the Mexican Olympic Committee we defend this biculturalism that the team had. The perception that there are Mexicans who live outside the country, but that does not make them have a lower identity in the definition as Mexicans “, said in an interview to Mediotiempo.

There will be sanctions to the Softball Selection

García de la Torre revealed that he is already investigating the case to find out what happened, who decided to disrespect everything in a disrespectful way and what garments were thrown to analyze possible disciplinary sanctions.

“Without a doubt (there will be a penalty), a sufficiently bearable file will have to be generated to be able at a given moment to establish some kind of responsibility, attribute and apply disciplinary measures, “he explained.

‘Because you are overweight you strip shoes, not a Mexican uniform’

Rolando Guerrero, president of the Mexican Softball Federation, pointed out to Aztec TV that if they left everything it was due to excess weight in the luggage Y accused boxers Brianda Tamara Cruz and Esmeralda Falcón, who published the images of the uniforms, such as “people looking for things in the trash”, something unacceptable for the head of mission in Tokyo 2020.

“Many passions arise. Obviously they (boxers) are still here and are in the Villa. I put a very simple example, Any Mexican who sees a thrown uniform or Mexican flag, the first thing we do is raise it and not leave it on the ground. If they saw clearly that it was a discard of the uniform that presents the identity, of course they will have our full support “, said to halftime.

“An overweight baggage? (Laughter) That stayed here in the Villa. When someone realizes the overweight is at the airport, obviously we have to listen to all the expressions, but I would think that If it is an overweight baggage first I throw the shoes, I do not know, something that does not say Mexico. Even if I was 10 kilos overweight or one of two: either I pay for it or I see how I solve it, but it doesn’t occur to me to throw away the uniform that defines my national identity. “