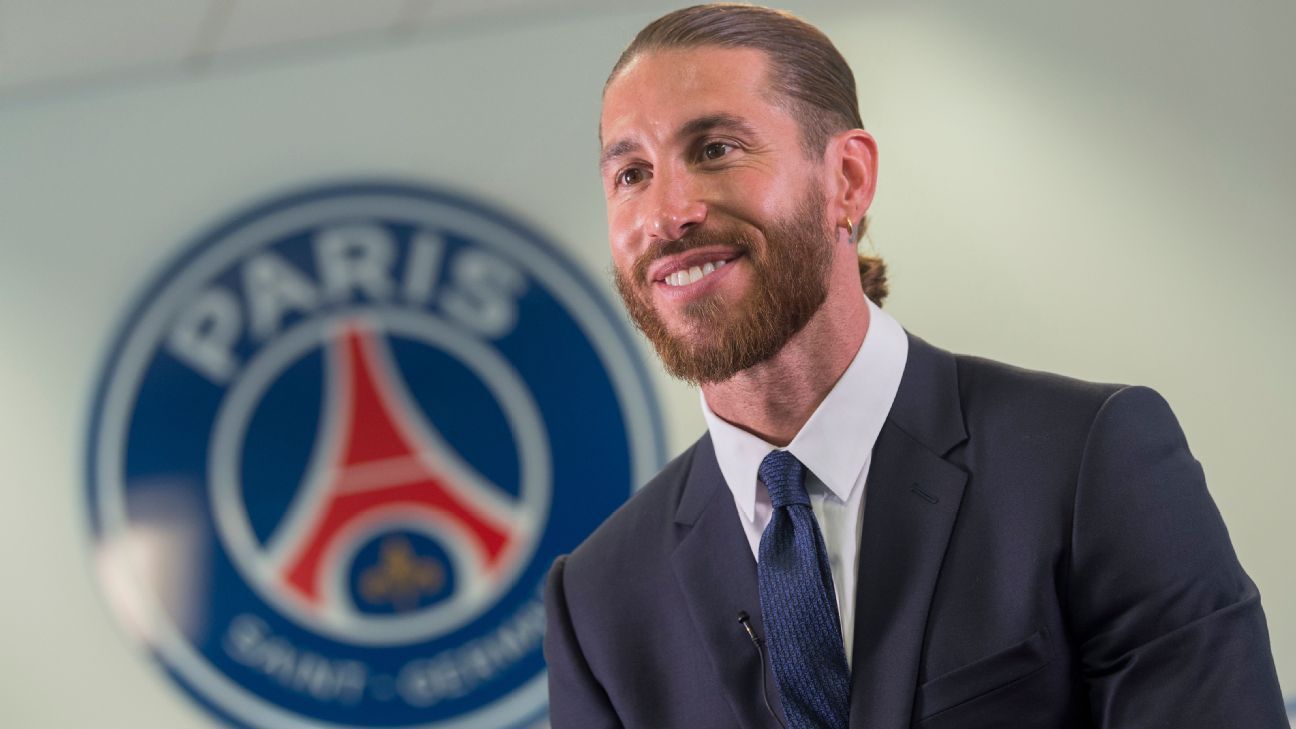 In an interview with the newspaper L’Équipe, the 35-year-old player spoke about his departure from ‘The White House’ and whether reaching PSG was a setback in his career

Recently hired by Paris Saint-Germain, Sergio Ramos He has already become one of the leaders of the team even without having entered the field. The defender has already been excited about his new teammates and about the new stage of his career, but he also made it clear that his old club, Real Madrid, is still on another level.

In an interview with the newspaper L’Équipe, the 35-year-old spoke about leaving ‘The White House’ and whether to move to the PSG it was a setback in his career.

“For me it is a change of life, a new stage, a new cycle that is opening. I have a lot of affection for Real Madrid, which is undoubtedly the biggest club in history. But that’s life. I lived unique moments and wonderful at Real, but I look to the future, with great enthusiasm, great ambition and I come to the best club in terms of sports project, Paris Saint-Germain, which really has not been very far from winning the Champions League in recent years. But we shouldn’t compare Real to PSG. There are two different stages. “explained the defender.

Sergio Ramos He also spoke about how the French club is seen in the world of football and took the opportunity to praise his new teammates, including the Brazilians Neymar Y Marquinhos.

“Today, not only in Spain, but on a global scale, PSG is no longer a project: it is a reality. It is a team that has been playing football very well for several years and, as I said, was very close to winning the Champions League. It’s what you have to do when making a decision. There are players like Kylian (Mbappé), like Neymar, like (Angel) Di María, like Marquinhos, internationally, with a lot of experience, and I like to evolve alongside this guy. of players, who make football easier. “

The defender, in the same interview, revealed that he had conversations with Neymar before signing his contract, a situation that was vital to get to Paris.

“I’ve been talking to Neymar for six or seven years. Although he played for Barça and I played for Madrid, we have always had an extraordinary friendship. This is the case of Di María or Keylor, of whom I continued to be friends after them. Madrid”, he claimed.

“Neymar convinced me to sign for PSG. Before signing for a new club, it is always useful to talk to several players, be it Leonardo or Al Khelaïfi. All of them convinced me in their own way,” he concluded.