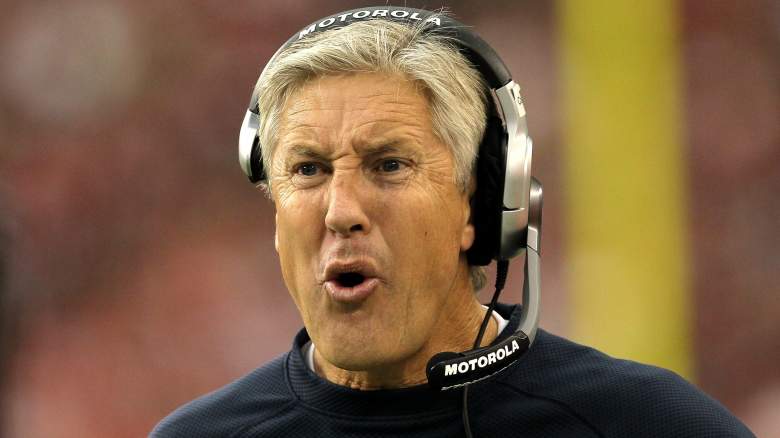 Getty The Seahawks will look a lot different in 2022.

The Seattle Seahawks continue to insist that they are recharging rather than rebuilding this offseason. An intriguing star receiver remains on the free agent market who was linked to the Seahawks through the 2021 season.

In the end, Odell Beckham Jr. opted to sign with the Rams over the Seahawks, but Seattle could get a second chance at the playmaker. Bleacher Report’s Doric Sam tagged the Seahawks as one of the top landing spots for Beckham.

“Prior to signing with the Rams, Beckham reportedly received a strong offer from the Seattle Seahawks,” Sam wrote on April 14, 2022. “ESPN’s Jeremy Fowler reported at the time that Los Angeles stepped in with ‘strong inducements’ to ensure that The wide receiver did not land with a division rival.

“While Seattle’s quarterback situation isn’t the best after the Russell Wilson trade, Beckham would be a great fit on a team with arguably the most promising wide receiver duo in the league in Tyler Lockett and DK Metcalf.

“…With Metcalf and Lockett drawing a lot of attention on the outside, Beckham would have plenty of room to play from the slot. Also, Seattle is likely to rebuild this season, so the team wouldn’t mind waiting for Beckham to recover.”

OBJ is scheduled to miss the start of the 2022 season

Given that Beckham is recovering from an ACL injury, only a multi-year deal would make sense for the Seahawks. Seattle faces an uphill battle to compete in 2022 and there’s a strong chance the Seahawks will be out of playoff contention when Beckham can get back on the field.

Before suffering an unfortunate ACL injury in the Super Bowl, Beckham reinvigorated his career by signing with the Rams. The star playmaker posted 27 receptions for 305 yards and five touchdowns in eight regular-season games after joining Los Angeles.

Seahawks made ‘strongest offer’ to Beckham in 2021: Report

The Seahawks expressed interest in signing Beckham in November 2021, but lost out to the Rams despite having the “strongest offer,” according to ESPN’s Jeremy Fowler. Given the state of the Seahawks’ current roster, Seattle would likely have to make the most lucrative offer in free agency to have a chance at signing Beckham.

“Some background on Odell Beckham’s free agency last week: Seattle actually made the strongest offer for the first few days,” Fowler tweeted on Nov. 20. “The Rams stepped in with strong incentives because they wanted the player, but they also had to make sure no other NFC West team got him. Arizona also asked.”

Carroll on OBJ: ‘He’s as talented as you could be in years gone by’

Seattle would have been guaranteed to get Beckham by claiming the receiver after the Browns threw wide receiver. Instead, the Seahawks opted to try to draft Beckham as a free agent. At the time, Seahawks head coach Pete Carroll spoke enthusiastically about Beckham and the team’s interest in adding the playmaker.

“He is a very good soccer player, he has all the talent of the last few years,” Carroll said of Beckham during a news conference on November 8. “So you’re always looking for guys who can do special things. Since forever, I have shared with you guys who were looking for uniqueness and people who are different from other people and give different dimensions to their game.

“So that’s what we’re trying to figure out, investigate and see if there’s a possibility and all that kind of stuff, if it makes sense.”

Heading into free agency, Pro Football Focus projected that Beckham would get a one-year, $5 million deal. The price of receivers has increased considerably since then, but the Seahawks have $15.7 million in cap space to make Beckham an attractive offer.