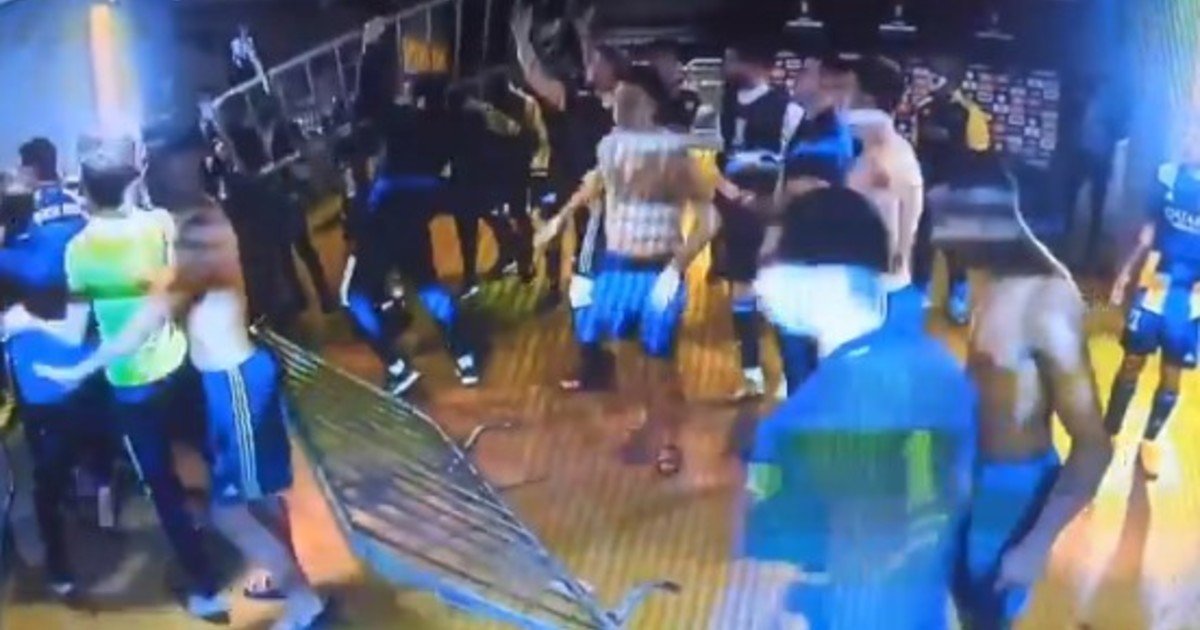 The scandal started on the court, with the referee again (controversial) canceling a goal to Boca via VAR Y with the crossing between the players of the two teams. Followed with the elimination by penalties of Xeneize and ended the chaos at the door of the visiting dressing room: Miguel Russo’s boys wanted to go and reprimand Esteban Ostojich, but they were repressed with Police gases at the door of the dressing rooms. And everything exploded.

They flew gases, fences, hands, insults. The Boca players were taken out, not only by the embarrassment of the VAR, but also They came across ugly with the Police and with the security people of Atlético Mineiro.

The players were in the locker room while Miguel Angel Russo, Raúl Cascini, Leandro Somoza and other managers had an exchange of words with some Mineiro security people about what had happened, but that was the beginning of the embarrassing and violent role that followed: the tones began to rise, Cascini was planted, some pineapples flew, everything began to overflow and even Russo began to push.

Boca players were arriving at the overflow area and everything was for the worse: Izquierdoz and Rojo started the clean blows with the Brazilian security and the police started throwing tear gas at the visitors to “calm down”. Patron Bermúdez, another member of the Soccer Council present, was also out of his mind defending his people. Everything was chaos. An overflow.

Sérgio Coelho, president of Mineiro, threw water bottles at Boca players in the middle of the incidents in the locker room corridors, with Nacho Fernández trying to calm him down.

Fernando Gayoso placeholder image, Xeneize goalkeeping coach, sent off during the match, it was also another one that was very hot and could not be stopped. Marcos Rojo was so out of his mind that at one point he grabbed a fire extinguisher!

It all ended with the Boca delegation retreating and seeking refuge in the changing room attacked with gases by the Police. An outrage, a scandalous new night of Copa Libertadores.

Boca is still in the stadium. The police want to detain Villa and Zambrano and the message from within is “either we are all leaving, or no one is leaving.”

THE WORD OF JUAN ROMÁN RIQUELME

“We are sad and hurt. We played two very serious games against the favorite. Boca won both games and was left out. I have to congratulate the players for how they prepared. But when you win and they don’t charge you for the goals … You know that It is like that, they know (about whether the VAR took Boca out). This is shameful. “

“When they do not charge you to play all day and they do not let you pass. They did not let us pass. Now I have to see a video of the president of them throwing bottles and they want to detain me players. This always happens in Brazil.”

THE TOLE TOLE AMONG THE PLAYERS ON THE PLAYING FIELD

THE WORD OF THE OCTOPUS