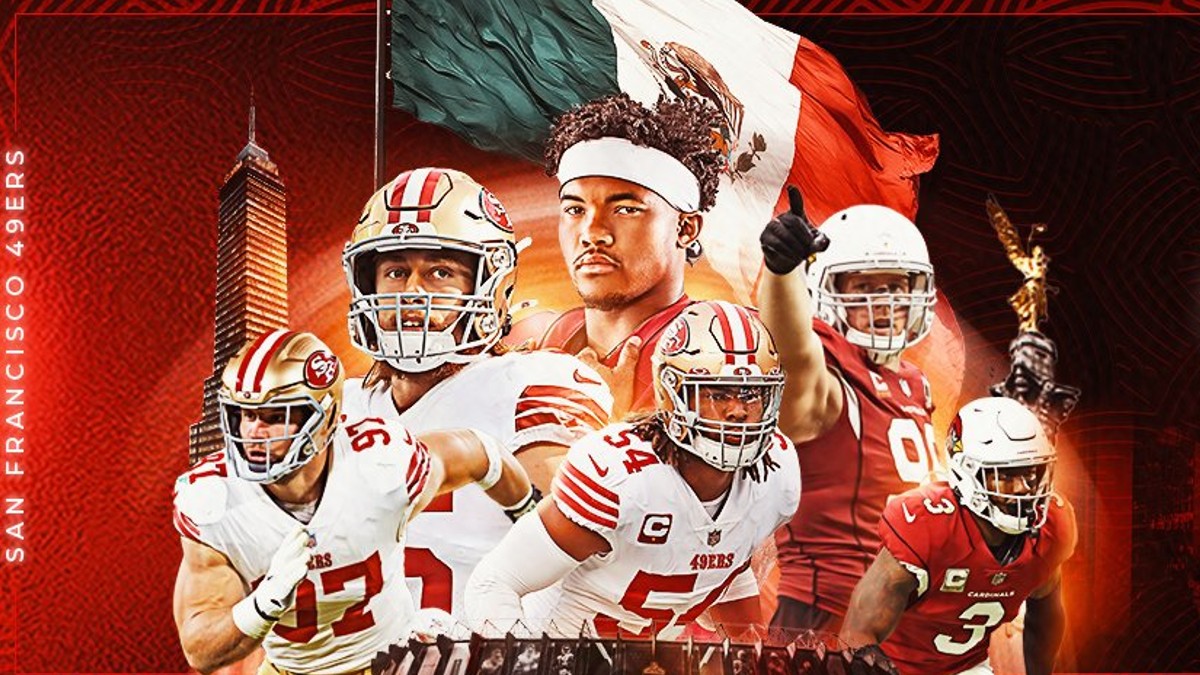 American Football League, NFL, confirmed that the San Francisco 49ers will be the rivals of the Arizona Cardinals for the 2021 season game to be played at the Azteca Stadium in Mexico City.

After a two-year break, The NFL will return to Mexico on November 21at 7:15 p.m. (CDMX time), when the Monday Night Football kickoff will take place between the San Francisco 49ers and the Arizona Cardinals at the Azteca Stadium in the Mexican capital.

From New York the NFL confirmed the meeting in Mexicoprior to the publication of the 2022 League regular season schedule that will be released next week.

49ers San Francisco vs. The Arizona Cardinals was the first official NFL game to be played outside of the United States.It was 17 years ago that this confrontation took place at the Azteca Stadium, a duel that the Cardinals won with a score of 31-14.

The match in Mexico is the fifth international match confirmed for 2022, adding to the three announced in London, England: Minnesota Vikings vs. New Orleans Saints; New York Giants vs. Green Bay Packers and Denver Broncos vs. jacksonville jaguars; Besides Seattle Seahawks vs. Tampa Bay Buccaneers who will play the first official game of the NFL regular season in Munich, Germany.

“After a forced two-year break, we are very excited to return to Mexico to the Azteca Stadium field with an NFL regular season game, where we are sure that the fans will accompany us to once again enjoy the experience that represents a League game in our country”

Fans looking for tickets can sign up for information and other interesting tidbits at: www.nfl.com/mexico.

San Francisco 49ers will be rivals of Cardinals in Mexico, confirms NFL