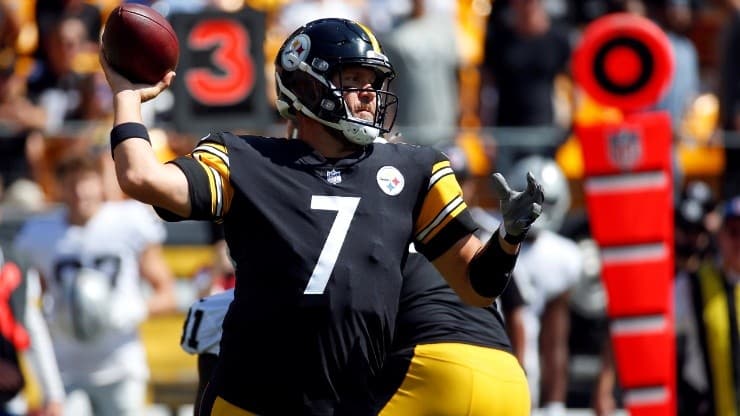 The information was confirmed by his coach Mike Tomlin and is doubtful for the next meeting of the weekend.

The hobby of Pittsburgh steelers suffers twice. Not only did they suffer a tough loss at home, at Heinz Field, against Las vegas raiders by 17-26, in Week 2 of the 2021 season of National Football League (NFL), since his highest figure, the quarterback Ben roethlisberger, again is in trouble.

While the 39-year-old experienced player was able to complete the past game, where made 27 completed passes in 40 attempts, for 295 yards, with a touchdown and an interception, 48 hours later he has appeared on the injured list and is doubtful for the next game, on Sunday, October 26, receiving Cincinnati Bengals.

The person in charge of confirming Roethlisberger’s injury was the Steelers coach, Mike tomlin, who assured that the player was dealing with discomfort in the left chest, although he confessed not knowing when it was that he suffered.

“I don’t know specifically when Ben got hurt in the game; I don’t know if he knows. You know, sometimes in the middle of the competition, adrenaline and stuff, you just don’t know. Some things just skip until later“, assured the strategist, who acknowledged that the 10 blows he received Big ben in the game against the Raiders could have led to this situation.

In that sense, Tomlin stated that Roethlisberger “took too many hits. We can run the ball better. We can get the ball out of their hands faster. We can stay on schedule and not lag behind on downs, and get into situations where the line of the game is so far that it helps the pressure on him“.