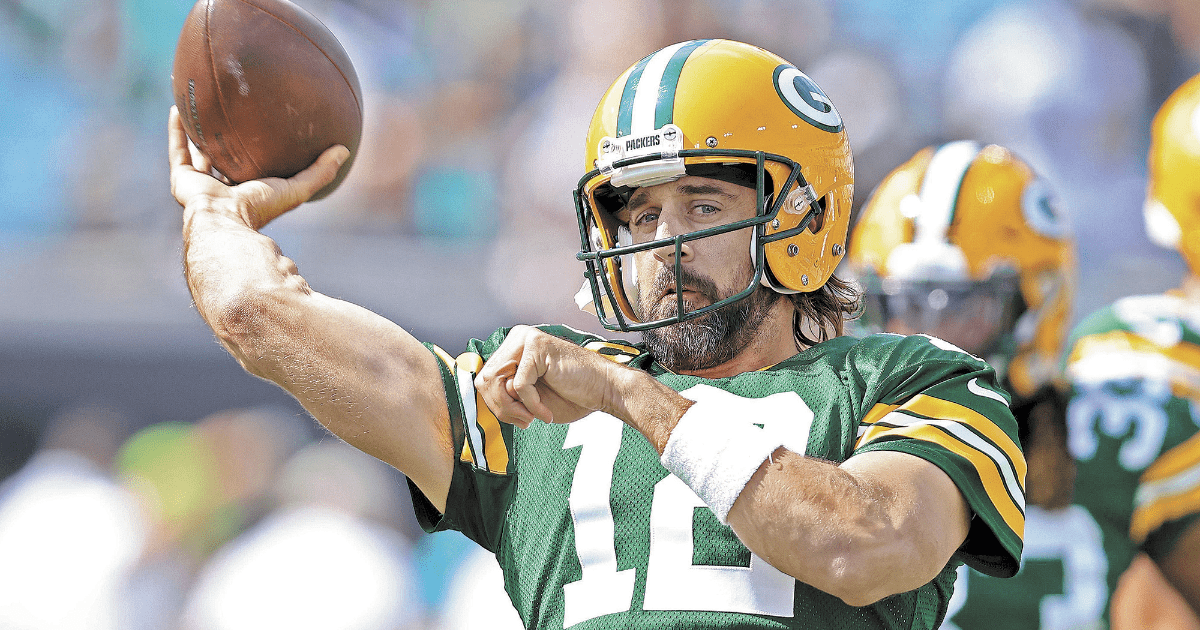 The new normal of NFL is to talk about increasingly lucrative contracts for players. A few weeks ago, the ideal example was the experienced quarterback, Aaron Rodgerswhen it was revealed that it will remain in the Green Bay Packers for four years and 200 million dollars, which made him the footballer with the highest average annual salary in the history of the league, with 50 million that exceeds the 45 he had imposed patrick mahomes in 2020 (signed for 10 years and 450 million with Kansas City Chiefs).

Not only has Rodgers caused noise in the offseason of the NFL in 2022. Added to that stratospheric salary trend was another quarterback, deshaun watsonbeing signed by the cleveland browns for 230 million dollars and five years, which places it as the third most valuable contract in the history of the league only after Mahomes with the Chiefs and Josh Allen with the Buffalo Bills for 258 million in six years, agreed in 2021.

“Everything is due to the same inflation, so to speak, that has also had the salary cap in the NFL. In 1994, this salary cap was used for the first time and was 34.6 million dollars; for 2006, the barrier of 100 million was broken for the first time, remaining at 102, and now, in 2022, the historical figure of 208.2 million was reached (…) At the end of the day, that is the market, the offer and demand that the NFL has, and it only goes up, not down”, says Iván Pirrón, coordinator of the AS newspaper in the United States (AS USA) and analyst at the NFL for 31 years.

The underlying reason for witnessing increasingly lucrative contracts for players is the parallel growth in the salary cap, explains the specialist. This salary cap has been on the rise since its establishment until reaching an interannual growth of 26.3% from 1997 to 1998 and only decreased on a couple of occasions: from 2010 to 2011 (-6.25%) and from 2020 to 2021 (-7.9%). ), the latter due to the pandemic. To arrive at these figures, the NFL has seen its business grow thanks, above all, to the most recent agreements for the sale of its broadcasting rights, which have already reached 10,000 million dollars annually.

While in 1998 there was talk for the first time of a salary cap that exceeded 50 million dollars, in less than three decades the record of 200 million was broken, as has happened prior to the 2022 season, in which Rodgers will set the tone with his salary renewed with the packers. It should be noted that this also results from the projects that each team does, as there are some that prefer to keep or attract a star player, while others prefer to have a more even value squad and not rest their aspirations on a single element.

“The fact that the salary limit rises every year allows improving the economy of the teams, although for that it is necessary to contextualize that in the NFL there are no transfers for money. Then, it is necessary to understand that the management of each franchise establishes different strategies to distribute its economy in the short or long term. Thus, there are teams that decide to spend a large percentage on a single very good player, just as there will be others who prefer to pay less and have more talent on the roster”, explains Juan Carlos Rodríguez dos Santos, sports consultant, analyst and scout in Spain.

In this way, the jacksonville jaguars, for example, have a salary mass of 237 million dollars a year, with Cam Robinson receiving the best base salary with 16.66 million, a figure well below the 46 million that Josh Allen will receive with the Buffalo Bills until 2028; The Bills’ quarterback’s listing and his lucrative contract came after he was a landmark in helping the team beat wildcards again after 27 years.

“To reach these agreements, the player has to win on and off the field. In the case of Mahomes, they gave him a 10-year, $450 million contract, but the Chiefs know they’ve made an investment because he’s one of the top-selling players in the entire league and the top-selling player in Kansas, so , as general management, you sign a player who wins you games on the field but is also part of your business outside because he becomes a player with merchandising and marketing. That works the same with Josh Allen, Tom Brady and with all the great stars”, adds Iván Pirrón.

Recent cases of rehiring Aaron Rodgers with the Packers and Tom Brady with the Buccaneers they caused a stir because both are in the final part of their careers; Brady, in particular, had retired at the end of the 2021 season, but announced his return to activity in less than three months.

—How much is being close to retirement a factor for players to get better contracts?

—“Experience is a very important factor in the NFL and it is an argument in favor of the players to negotiate better contracts, especially if during their career they have proven to be the best in the league, as is the case with Brady and Rodgers. The condition of age, especially close to retirement, causes players to look for better contracts to ensure their life when their sports career ends,” Rodríguez dos Santos replies.

The watershed of multimillion-dollar contracts came in 2016 with former Colts quarterback Andrew Luck signing a six-year, $139 million deal. Then there have been others with even higher figures and even repeating, such as the case of Deshaun Watson, who just in 2020 signed for 156 million and four years with the Texans and in 2022 agreed to 230 million and five years with the Browns. The upward trend is clear and was cemented by the Rodgers-Packers deal this offseason.

“One of the standards from now on can be the contract that Rodgers signed, we are going to see that more often in the coming years. For the 2030 season, it is very likely that we will already be talking about contracts of 80, 90 and 100 million dollars (yearly for a player) because with the speed with which the salary cap is growing, very soon we will be talking about 300 million and by the time we talk about a cap of 600 it will be very likely that the first contract of 100 for a player will come. In the short term, what I see is that these agreements will continue to be given for three or four years and 50 million annually, of course, speaking of superstars”, visualizes the AS USA analyst.

However, that is a mistake for Pirrón: “Teams give these multi-year, multimillion-dollar contracts to most quarterbacks when they haven’t won anything, the Browns gave Watson a high figure after he’s coming off a season in the one that did not play a single game because it brings with it 22 accusations of sexual harassment in Houston. These big contracts of course put more pressure on the players; In that sense, the NFL system is wrong because it rewards players when they have not yet shown that they are capable of winning titles.

Salary inflation in the NFL, an unstoppable effect