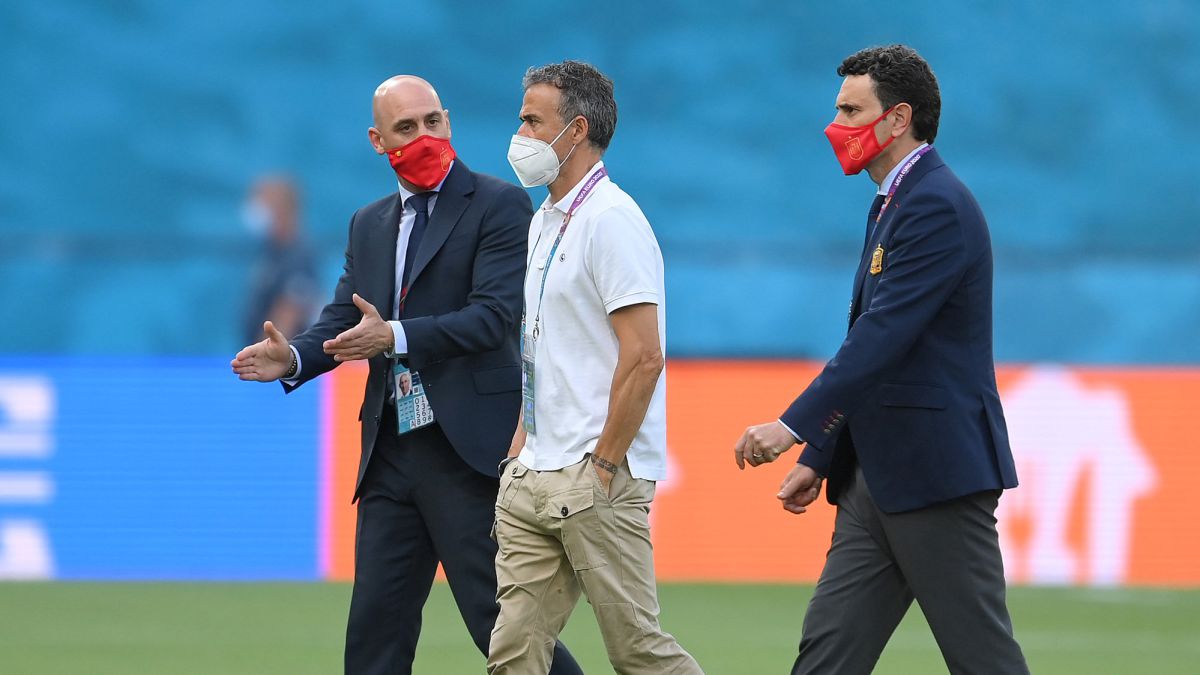 Luis Enrique is on the wire. There is a deep concern in the Federation for the drift of the National Team. “Beyond winning or losing, the greatest danger is that people will deny the National Team,” one of the RFEF’s territorial ‘barons’ told AS. “Luis Enrique is desnortado”, pointed another. The ball is in the court of Luis Rubiales, who sees how the Asturian’s project is about to fall apart. Knives start to fly in Las Rozas.

In the heart of the Federation, the presidents of the territorial teams in which Luis Rubiales maintains his mandate, there is panic that the fans will disconnect from the national team, fed up not only with the bad results, but also that the National Team is managed like a farmhouse , Without listening to the opinion of a country that longs for Iago Aspas, it cries out for Marcos Llorente to play in his position and for Gerard Moreno to step on the area more than the band, so that he is to his own, which is to finish off, and not to what of others, which is to center.

In addition, apart from sports considerations, there is also a deep malaise with the coach because he has left the Federation at the feet of the horses before the Junta de Andalucía, which offered La Cartuja to cover the gap in Bilbao. Criticism of Sevillian grass has been taken as an affront in the city. The ‘rebound effect’ that the coach’s attitude has had, who was the first to complain about the grass, has reached his player-soldiers, such as Rodri, who after the draw against Poland returned with that donkey to the wheat. The anger of Luis Rubiales with this matter is only comparable to that which was seized when Lopetegui signed for Real Madrid 48 hours after the ill-fated World Cup in Russia.

But there is more, the atmosphere in the dressing room, that reminiscent of Barça B, is now unbreathable. The thing about Gerard Moreno, who was substituted as soon as the penalty failed, is a comparative offense with respect to Morata, whom Luis Enrique defended and defends tooth and nail. The Asturian swallowed with the ownership of Gerard, but he mercilessly condemned the band and, with it, subtracted its essence. The same happens with Marcos Llorente, while Azpilicueta, European champion and Chelsea captain, has not played a single minute, the city of Seville misses Navas and Canales and Aspas tanned on the beaches of Moaña. To make matters worse, the Federation urged the Government to nationalize Laporte esprés, skipping all the queues while Albiol, European and world champion, was left to the moon of Valencia. Luis Enrique is responsible first and last, and he is touched.