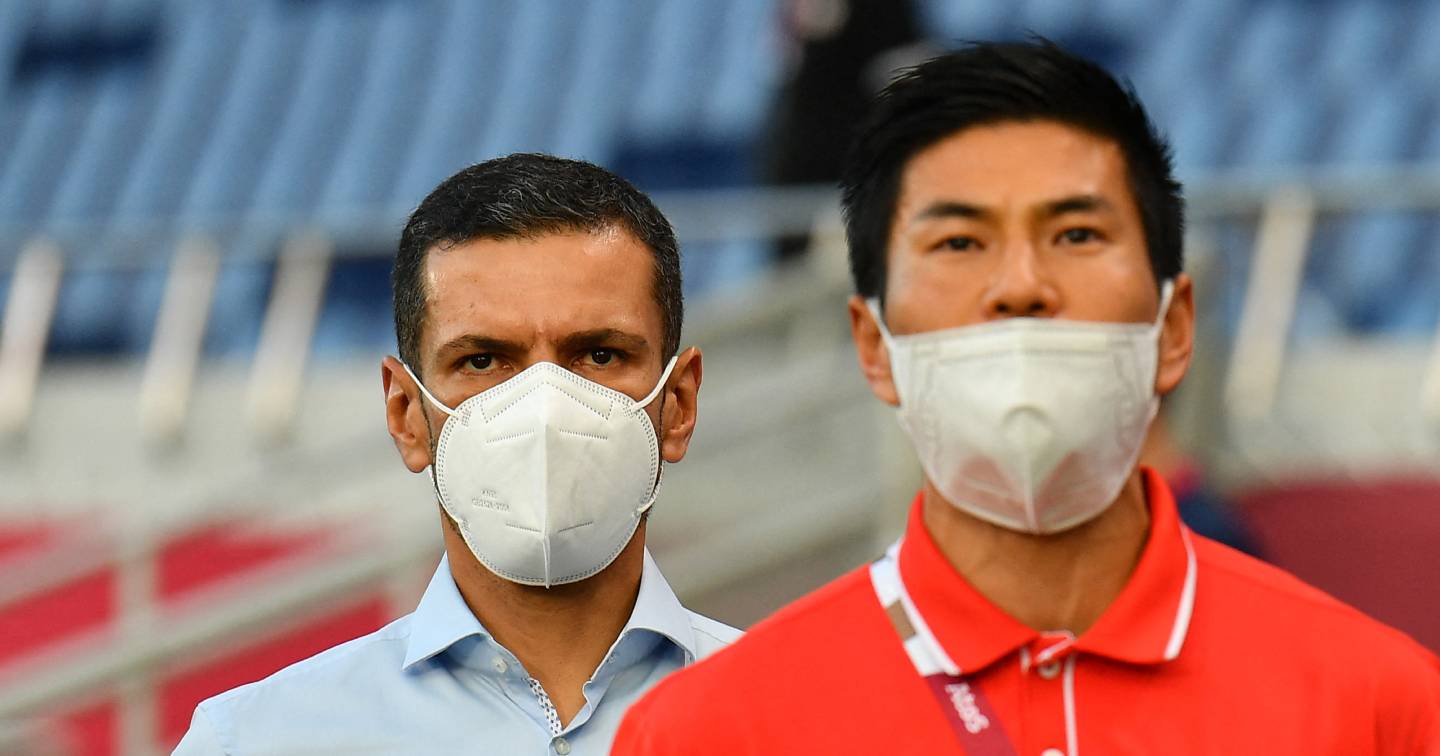 The end of the match for the men’s soccer bronze medal in Tokyo 2020 between the teams of Mexico and Japan was marked by two important moments, the moment in which the young Mexicans threw Jaime Lozano into the air to celebrate the victory and the cry of Takefusa Kubo, the young promise of Japanese soccer.

But he was not the only Japanese who cried at the Saitama Stadium, because, on the other side, Ryota Nishimura did too, although his tears were of joy, as he achieved one of his goals: an Olympic medal with Mexico.

Nishimura came to Mexico several years ago to study a coaching career as part of an exchange program for the Japan Soccer Federation. So he entered to study at the National School of Technical Directors (ENDIT) which is certified by the Mexican Soccer Federation (FMF).

While studying the career, which lasts two years, he met Jaime Lozano, according to former soccer player Gerardo Galindo to ESPN, who coincided with them when they were working in the Gallos del Querétaro.

In 2012, he started working professionally when he was part of Cruz Azul, where he was a coach for lower-level goalkeepers and a video analyst with the senior team.

The Japanese then joined Santos Laguna, in 2015; The following year he arrived in Tampico Madero, in both teams he held the position of technical assistant and finally, in 2017, he was part of the Gallos de Querétaro, where he was reunited with Lozano.

In 2018 Jaime Lozano took over the leadership of the Tri Sub-23 and took Ryota Nishimura with him, something that undoubtedly caused him a lot of emotion, as he said in an interview he gave to TUDN in 2020: “I can’t find the words to express my emotion, because imagining that situation makes me very excited to be able to contribute something on my part to the Mexican team.”

His work in the U-23 was as a technical assistant for Lozano, so he performed functions as a field analyst, rivals, make video edits for Lozano to review and even put training routines.

For this reason, he became inseparable from Jaime, who said in an interview with the newspaper Excelsior about Nishimura, “If I could define it, it’s a machine, it works all day, in Querétaro it started at eight in the morning and ended at eight at night, took a nap after eating and then all the time on the computer working, he is a demanding guy but also a great person, it is positive to have him because he is contagious with good things “.

The Mexican coach even joked, “He liked Mexico, the people, the food, the rudeness and the white things, it came out good for that. He is my friend, I love him very much. He told me that his idea was to take the course and return to Japan. , but he fell in love with the country. Later, his family asked him when he would return, and he answered that never “

For this reason, when Mexico beat Japan with a score of 3 – 1, Ryota Nishimura could not hide his happiness, since he already considers the Mexican team as his family.