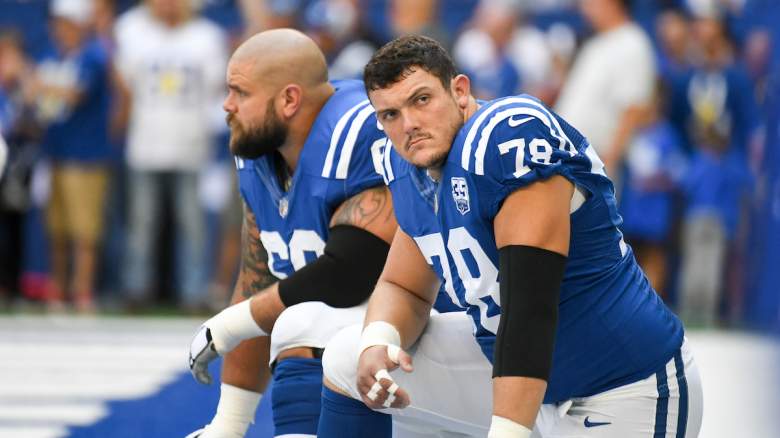 Getty Indianapolis Colts center Ryan Kelly says there is “a sense of urgency” that “the time is now” for the Colts.

The Indianapolis Colts missed the playoffs after the 2021 NFL season by just one game. But sometimes how the end of the previous season can shape how the next campaign begins.

Center Ryan Kelly argues that’s the case for the Colts. While appearing on the official Colts podcast on April 19, Kelly discussed the team’s mindset as voluntary offseason workouts begin.

“This will be year 7 for me, and those two-year or three-year periods where Chris [Ballard] was really recruiting a lot of players and developing those players those guys are starting to do research [Year] 4, 5, 6,” Kelly said. “I think you start to look at that, and the time is now.

“I think there is no pressure on each player, but individually and collectively as a group, we know what we can do and we know it’s not going to last forever. So I think there’s definitely a sense of urgency to get it going now.”

The offseason started slowly for the Colts, but general manager Chris Ballard ended up improving the team in two of the most important areas of the roster. Ballard then also signed a former Defensive Player of the Year.

First, the Colts traded for former Pro Bowl defensive end Yannick Ngakoue. The 27-year-old pass-rusher had 10.0 sacks last season. No one for the Colts reached 10.0 sacks in 2021.

Next, Indianapolis acquired quarterback Matt Ryan from the Atlanta Falcons for a mere third-round pick. While Ryan turns 37 in May, he is a former MVP and is considered a major upgrade over last year’s starter behind Indianapolis center Carson Wentz.

Mainly behind those two improvements, Pro Football Focus ranked the Colts as the second most improved team this offseason on April 3.

Then, beginning April 3, the Colts added several more pieces to their defense, primarily in the secondary. Most importantly, Indianapolis signed the 2019 Defensive Player of the Year and cornerback Stephon Gilmore.

To acquire Ngakoue, the Colts traded cornerback Rock Ya-Sin to the Los Vegas Raiders. But Gilmore more than makes up for the loss of Ya-Sin. When he’s healthy, PFF still ranks Gilmore as one of the best cornerbacks in man-to-man coverage.

The Colts still have the NFL Draft to make long-term improvements to their roster. But, as Kelly alluded to, Indianapolis is bringing back a veteran roster that is ready to win now. It’s also a list that may look very different in a year or two.

At quarterback, Ryan has two years left on his contract. When that deal expires, he’ll almost be 39 years old. In all likelihood, the Colts will be back on the market for a quarterback by 2024.

Indianapolis isn’t tied to many expensive long-term contracts, so the organization should have a chance to fill more gaps in free agency next year and the following March. But that also means the Colts won’t keep their 2022 roster intact beyond this season.

Spotrac reports that Indianapolis has just 28 players signed for the 2023 season, which is ninth-fewest in the NFL. For the 2024 season, the Colts have 13 players signed, only four teams have fewer.

The group of players returning from last year’s team remember playing very well in the middle of last season. Now it’s about this year’s Colts roster sustaining that success for extended stretches this fall.

“I don `t believe [the sting] ever disappear. Just when you know what kind of team you had and you look back at the stretch of career we had where we really played great football. We just didn’t start well and we didn’t end well,” Kelly said.

“I think we’re all starting to realize that we’re in the midst of our prime as players.”