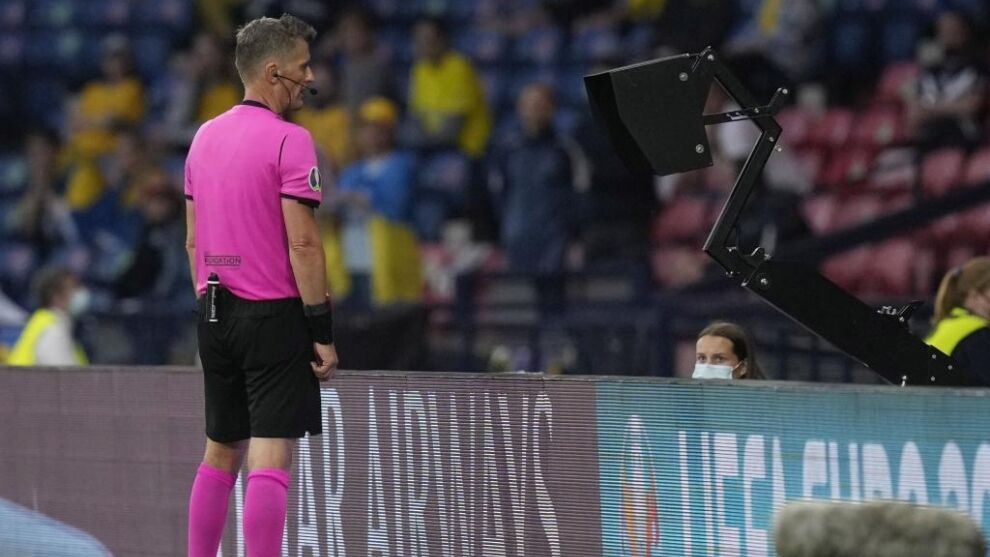 Roberto Rosetti, UEFA chief referee, has made a review of the performance of the collegiate during the tournament just ended. “We are satisfied, very satisfied with what the referees did during the Eurocup. His performance has been very good, “said the Italian after analyzing in detail each and every one of the matches of the Eurocup.

Rosetti highlighted the role played by the referees. “The referees have been a real team this time. I want to thank UEFA and to all the people who have worked around the tournament, so that that atmosphere could be created. We are one more team and that has been noticed in all the games “.

The footballers have had a more than remarkable behavior. “The The work of the former players is being very important. They are getting that the player knows and understands many aspects that may be unknown to them. “

The VAR, praised during the Eurocup, had a separate chapter in the speech of the head referee of the web. “Carlos Velasco Carballo has been in charge of the VAR during the Eurocup the performance has been perfect, exemplary. “In all the matches of the Eurocup, as relevant data, tthere has yet been only one hand within the area under discussion. Number that draws attention to domestic championships and also speaks of the attitude of the players.

The number of absences has decreased compared to past appointments. From 1,290 in France, it has risen to 1,113. The minutes of play have been increased, reaching 70, for the 65 of the last European Championship. They have whistled 17 penalties, 6 of them after the intervention of the VAR.

Has been 18 VAR corrections, ten of them with a visit from the referee to the monitor and another eight indirectly. I know they checked 276 plays.

Come correct the penalty to Sterling

Rosetti transparently analyzed the decision that generated the most controversy in the tournament, that of the penalty awarded by Dutch Danny Makkelie to Raheem Sterling in the extension of the semi-final that classified England against Denmark. In his opinion, the VAR did well not to intervene, since the contact exists and the penalty is correct.

“Nor it was a scandal, is something that can be talked about. We have no secrets. Makkelie saw number 5 (dans Joakim Maelhe) not hit the ball, he saw clear contact between the legs. We can debate but that’s what he saw. We can talk about the entity of the contact. We want the referees to be in the center and the VAR has to be very careful, “he said.

It was not a scandal, it is something to talk about. We have no secrets. Makkelie saw number 5 (dans Joakim Maelhe) not hit the ball, saw clear contact between the legs

“We are talking about a sport in which there is a lot of gray, not just black and white. There are many borderline situations. The VAR is not perfect, forget it. We will never cancel the debate. If we start to control all kinds of situations with VAR, we will create a lot of confusion. Penalties can change the outcome of a match. I don’t want light penalties. In that situation there was a clear action by the defender, a clear knee-to-knee impact, “he added.

He also paid heartfelt praise to the Dutch referee Bjorn Kuipers, who directed the Italy-England final, whom he defined as “a person of great human values” who was chosen “with merit after a brilliant career”.