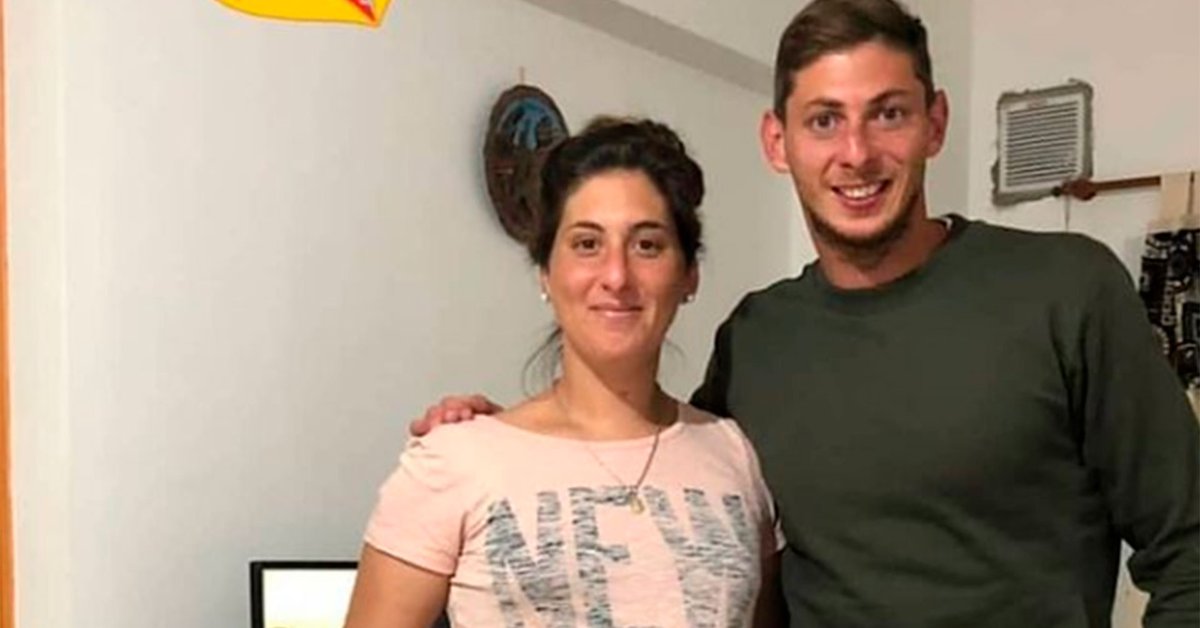 The case touches Santa Fe: Romina Sala, the sister of the footballer Emiliano who died in 2019 after the crash of the plane that transported him, She is hospitalized in serious condition at the José María Cullen Hospital in that province. According to various sources informed Infobae, a friend was the one who called the ambulance for quick attention after going to the house of the 29-year-old woman.

Romina was at the forefront from the beginning of the legal actions they sought to clarify what happened to the plane that transported his brother from Nantes to Cardiff to sign a contract with the British club that January 21, 2019. The radars lost contact with the aircraft and 14 days later the researchers found remains of the vehicle in the depths of the English Channel. Weeks later they confirmed that the body found was that of the 28-year-old Argentine footballer.

The athlete’s sister was also in charge of conducting interviews several times during the investigation process where she demanded that Justice be done for the death of the Argentine athlete who until that moment was an attacker in French football. At that time, hours after the discovery of the aircraft, Romina used her social networks to dedicate a message to Emiliano: “I love you forever”. It is common for you to use your account Instagram to remember his brother and in recent weeks he had posted a photo of him with a word that depicts the struggle that the family has been carrying out for more than two years: “Justice.”

At the end of last year, he shared a moving text along with a photo of Emiliano that expressed, among other fragments: “There are absences that create presence. For example yours and now that I am needing you and all I see are memories against the walls of each room that I pass by to say goodbye ”. There he signed that letter: “I miss you my green-eyed angel”. Romina, her brother Darío and her mother Mercedes had been left in the care of Nala, the dog that he had adopted his brother and that he took a special liking to Romina’s little son.

On March 13, 2020, the UK Air Accidents Investigation Branch (AAIB) which carried out the investigation published the final report where he left a key piece of information for the judicial process: “Neither the pilot nor the aircraft had the necessary licenses or permits to operate commercially”. In this detailed analysis of the tragedy, the agency also released how were the final minutes of the Piper PA-46 Malibu that was piloted by Dave Ibbotson and that lost control around 8:00 p.m.

Months ago, on the second anniversary of the event, the English lawyer Daniel Machover, from the Hickman & Rose law firm, who represents the Sala family in the United Kingdom, shared a letter on their behalf: “It is a tragedy that two years have passed since Emiliano’s death and we still don’t know exactly how and why he died. A real investigation is the only way to establish the truth. We are hopeful that Coroner will set a date for the investigation to begin after David Henderson’s trial, so that we do not have to endure another anniversary with no answers. “

One of the tributes paid to Emiliano Sala in Nantes (Photo: AP)

The Sala family went through a new moment of deep pain in April 2019, just three months after the tragedy, when Horacio Sala, the father, died product of cardiorespiratory arrest.

Two years after the death of Emiliano Sala: the three keys that show that the tragedy was avoidable