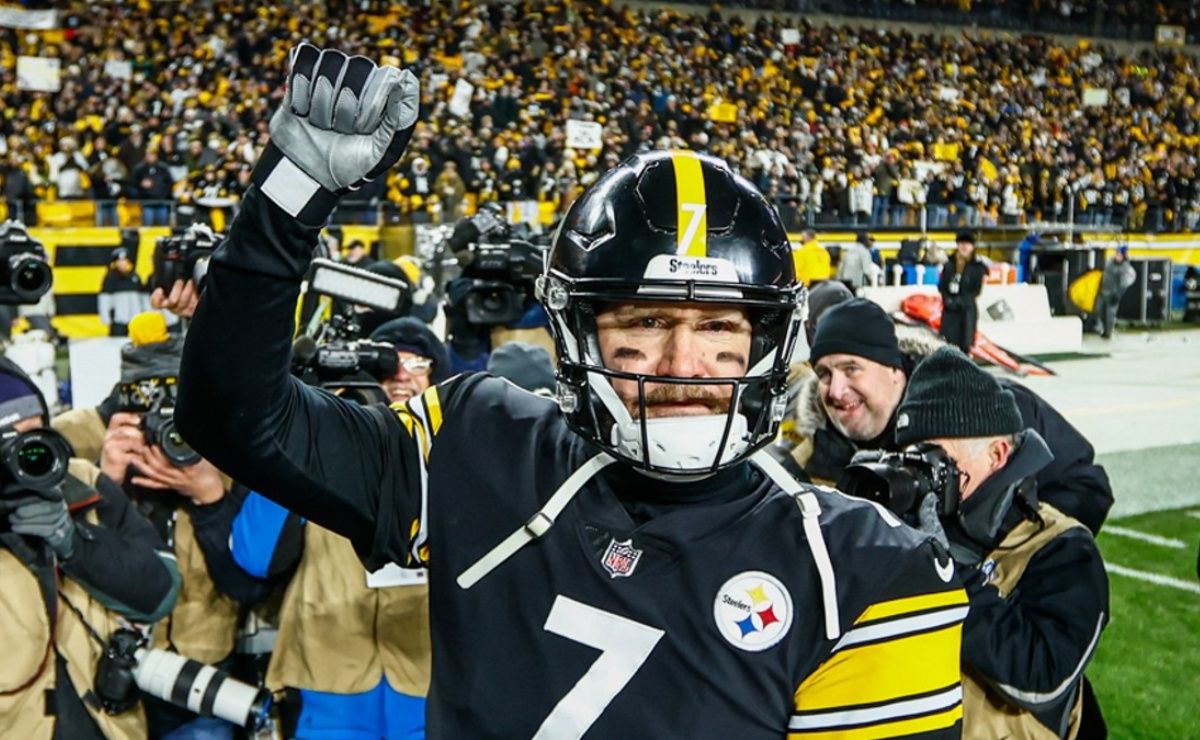 After 18 seasons in the NFL, It is expected that Ben roethlisberger announce your official retirement at the end of the 2021 campaign.

The QB of the Pittsburgh steelers is considered one of the best in the history NFL for the records he broke, as well as billiards in the moments of greatest pressure.

Ben Roethlisberger proved he could shine in the most pressure moments when he led the scoring series that saw the Steelers beat the Arizona Cardinals in Super Bowl 43 in 2009.

His touchdown pass to Santonio Holmes in the final seconds is considered one of the best plays in NFL history.

Although his performance was not the best (nine completions of 21 attempted for 123 yards with two interceptions without a touchdown pass, in addition to having a touchdown on the ground), Roethlisberger did what it took for the Steelers to defeat the Seattle Seahawks in the Super Bowl 40 in 2006.

In addition, he was the youngest quarterback to win a Super Bowl at age 23, a mark he still owns.

That appearance in Super Bowl 40 was made possible by Roethlisberger because in the Divisional Round of the 2005 season playoffs, the QB made a play that changed the history of the league.

When the Steelers seemed to be securing their victory over the Indianapolis Colts, Jerome Bettis, a running back from Pittsburgh, fumbled in the end zone and was recovered by an Indianapolis player.

As the Colts player slipped away to score, ‘Big Ben’ tackled him to prevent the Steelers from losing the lead; That play was important because Indianapolis missed a field goal in the final seconds of the game, allowing Pittsburgh to win and advance to the AFC Championship Game and eventually be crowned Super Bowl 40 champions.

Victory over the Broncos

The 2015 season was one of the best of Roethlisberger’s career, and in several games that season he had extraordinary performances, including helping the Steelers overcome a 14-point deficit against the Denver Broncos.

‘Big Ben’ led three scoring drives in the second half of the game as Pittsburgh defeated Denver, the eventual Super Bowl 50 champion, 34-27 that season.

Roethlisberger became the first quarterback in NFL history to throw six touchdown passes in consecutive games when he did so in the Steelers’ triumphs over the Colts and Baltimore Ravens in Weeks 8 and 9 of the 2014 NFL season. .

His 12 touchdown passes in those two games were even more impressive because he did so without an intercepted pass.

Bonus – Destroy the Legion of Boom

Although the Steelers lost their meeting against the Seattle Seahawks in Week 11 of the 2015 season, Roethlisberger did the unthinkable when he threw for 456 yards and completed 36 of 55 passes against the best defense in the NFL at the time, the Legion of Boom. ”Headed by Richard Sherman.

Roethlisberger, the youngest QB to win the Super Bowl among his best moments