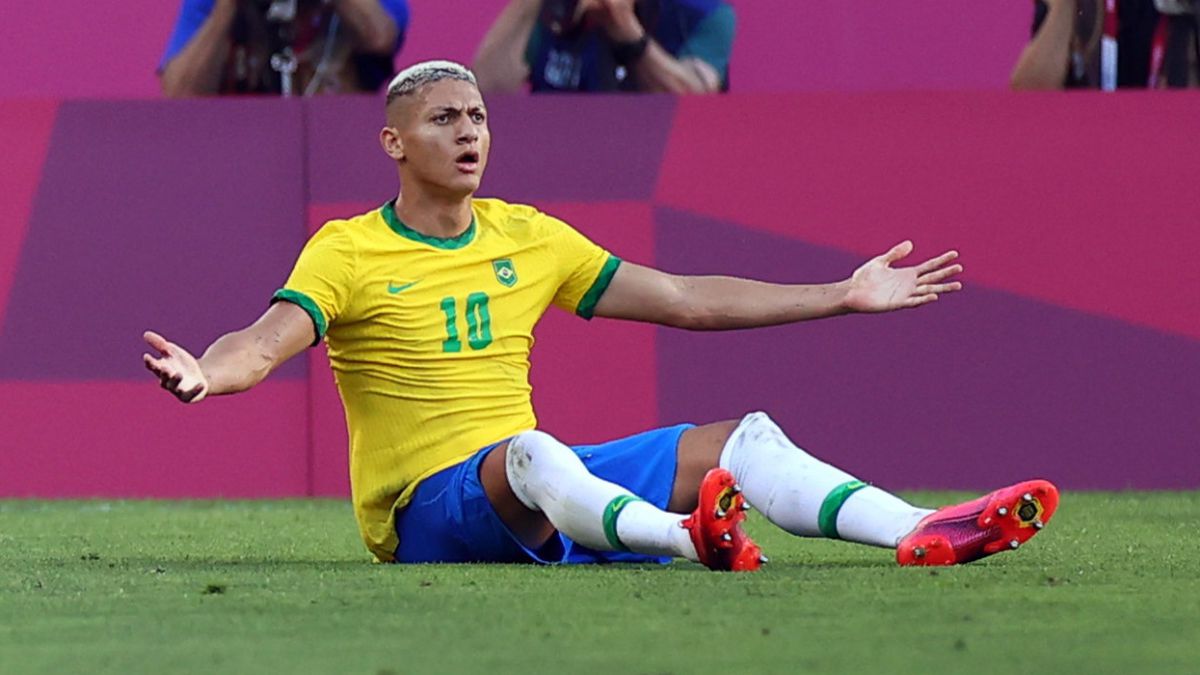 Forward Richarlison, Olympic champion with the Brazilian soccer team after defeating Spain in the final of the Tokyo 2020 Games, said this Saturday that Canarinha “deserved” the gold and joked from a distance with his compatriot Neymar, absent in the olympic appointment.

“Are you watching Neymar? Saying that maybe I felt the pressure …. Well, I grabbed the 10 shirt, I scored goals, I was the top scorer in the competition … Now you’re going to have to put up with me”, said the English Everton player ironically in statements to SporTV, after beating Spain 2-1 in the final.

Neymar claimed gold at the 2016 Rio de Janeiro Olympic Games after beating Germany in the penalty shoot-out. That feat was then the first gold medal in the history of the Brazilian men’s Olympic team.

Richarlison also noted that it has been worth “all the sacrifice” and announced that he will get a tattoo to always remember the gold achieved at the Yokohama International Stadium. “This group deserved this achievement and now it’s time to commemorate a lot because it was difficult. Everyone is in luck”, he pointed. “I came here to get to be a scorer. I had an excellent competition and I would like to thank everyone, and the technical commission “ for the support received, he completed.

Brazil went ahead in the final through Matheus Cunha in the first half discount, but Spain tied in the second half with both Mikel Oyarzabal who took the game to extra time, where Malcom culminated a sudden counterattack and certified the defeat of the Red.

Goals from Cunha and Malcom, who came off the bench and revolutionized the match, covered the error from eleven meters by Richarlison, who threw out a penalty committed by Spanish goalkeeper Unai Simón.