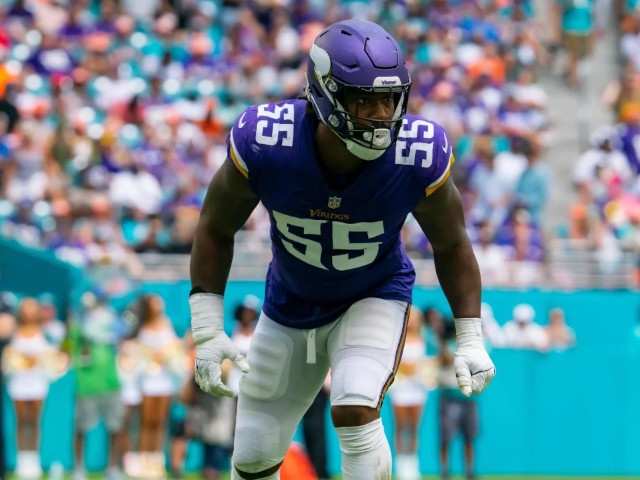 The viking, led by their new GM Kwesi Adofo Mensah, decided to keep the bulk of last year’s roster and, through minor improvements, improve on last week’s 8-9 record. After only 7 games, the team is 5-1, with a 90% chance of winning your division and enter play-off. Review of the first third of 2022.

Are Vikings a good team?

Despite the resounding record, week after week it continues to be discussed whether vikings is it a good team or is it just being benefited by a favorable calendar.

If we ask UnMalKickerwe see that the team is quite mediocre both in attack and defense but that week after week their game is improving.

We confirm the sensations. Three teams: Bills, Eagles and Chiefs. Bengals moving up. Then the dough. Raiders, with a worse record than their numbers indicate. Lions is again the least efficient team. Campbell, you’re running out of excuses. pic.twitter.com/u9Zb4w0oWz

By contrast, PFF has it ranked as the 4th best team in the NFL. It should be noted that this year, a majority of teams are below 80 and none above 84. Compared to 2021, 14 teams would be “better” than the leader (Eagles). Summarizing, the league level has dropped and so vikings stand out even if you are not being outstanding.

vikings stands out precisely for not excelling in any facet. His only weak point is pass coverage but, both Dantzler What Peterson They are doing very well in the last few days and fewer and fewer mistakes are being made.

Without a doubt, the best addition, and one of the signings with the most impact on the squad, is being Za’darius Smith. Not only is he the defender with the best grade (83.2), the most pressure on the QB (29) and sacks (5) but he has also become a leader in the locker room who knows how to hang out with his teammates. Another that is really liked is H. Philips. As expected, it’s a hulk in the middle of the line, huge stopping the race but with little pass rush and give his place to other players in third downs.

On the negative, both Sullivan What hicks They are leaving many doubts and, although they are now clear starters and are on the field a lot, they could lose prominence as the season goes by. It’s not working either black lockwhich is counting on some plays in each game. reagor he barely participates as a receiver and, for now, is in charge of returning the Points.

Except Ingram Y Wrighteveryone else is having a pretty marginal input and the trainers are being pretty conservative with them for now.

in preseason, L. Cinema showed a level similar to that of Bynum but this one took the ownership by veteran and perhaps Cinema he would have had chances during the season if he hadn’t broken his leg in the London game. So much booth What Evans they were going to break into the CB rotation, but injuries are preventing further participation.

What about Kevin O’Connell and his group of coaches?

First of all, the locker room atmosphere it’s very good and this is reflected on the pitch, where you can see the players concentrated and happy in the celebrations.

Sportingly speaking, as has already been mentioned, the team has to improve but at least one upward trend week to week. In attack you have to be more consistent and improve moving the chains but he is making explosive plays in decisive moments. The defending lots of yards are being given up but few points. The motto of “bend without breaking” has received a lot of criticism but the game against dolphins the defense won it with a very good performance.

The matches are being won with little margin but the team stands out in Turnovers (5th best in the NFL) Y Penalties (fewer penalty yards).

One of the aspects is the ones that are being taken more «luck» is with the injuries. vikings is 3rd in terms of WAR lost due to injuries. The franchise has invested heavily in injury prevention personnel and so far it’s paying off.

Lastly, the Special teams they are also being positive news. even the kicker G.Joseph, who is having a bad streak and has failed 4 FG and 2 XP, has not cost any match and was decisive against Saint’s.

I don’t know if all this will have clarified if vikings it’s good or not but maybe season finale will be a more appropriate time to answer this question.

Review of the first third of 2022 – Spanish Bowl