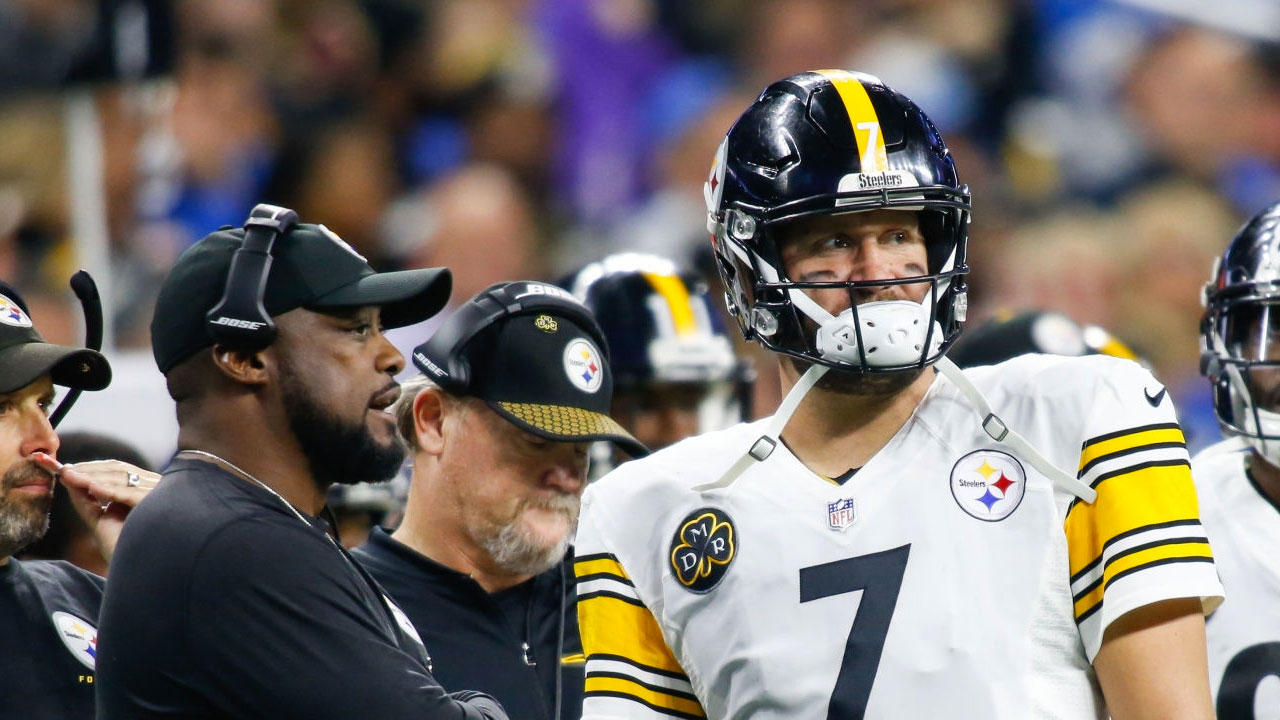 “When there are people who doubt you, that adds gasoline to the fire and, when those people say that you will be able to do it, if you are competitive, that is what motivates you the most.”

In English there is a term that I really like to describe teams like the Pittsburgh Steelers: I screamed. Translated to Spanish, I screamed, means: Courage, guts or determination. In the particular case, I would also add the word: Will.

For me, that’s the Steelers. A team with an overload of will to overcome adversity and always (or almost always) get ahead.

The 2021 season could be the perfect example of what I write in the previous paragraphs. A team that entered the season with very little expectation of being competitive, at least for third parties. However, week 1 gave us a little taste of this tremendous character that the team of the Steel City. Without being brilliant, they did enough to beat one of the big favorites to win the Super Bowl this year, the Bills.

But beyond that game, this will of steel that Pittsburgh has as a team, goes back years.

For a server, one of the most difficult things for a coach to achieve is to print his essence to a team, however, the three coaches who have been in Pittsburgh since Chuck Noll arrived in 1969, have managed to make the team reflect exactly what you are looking for in one of the most successful franchises in the NFL.

The path to achieving this transformation has never been easy. For example, it took Coach Noll 3 seasons (1969, 1970 and 1971) to achieve a winning record, however, when he finally did, he became the dominant dynasty of the NFL, winning four Super Bowls and reaching the playoffs in eight of the seasons that made up that decade. His team, a true reflection of the coach: Passionate, intelligent and full of courage to fight.

Part of Noll’s great success as a coach was definitely having a quarterback who on the field represented everything the Steelers are: Terry Bradshaw. In an era where Roger Staubach was the man poster to the NFL, Bradshaw was the antonym of what Staubach meant to the league. A player without many reflectors, but when leading his troops on the battlefield, he did everything he could to show that the steel of the city ran through his veins.

In 1992, Bill Cowher would arrive – if we look in the dictionary for the definition of the Steelers in the nineties, we will find a photo of Coach Cowher – with that characteristic chin and expressive face. Cowher was the spitting image of the working class with the colors black and gold in their blood. In his first seven seasons, he reached five playoffs, and even lost a Super Bowl against Dallas. He did all of this with unremarkable quarterbacks like Tommy Maddox, Kordell Stewart and Neil O’Donnell.

The arrival of Ben Roethlisberger

Despite the great affection that the team and fans felt for Cowher, the Super Bowls did not arrive and, that, in a city like Pittsburgh is not permissible.

Then came that famous Draft of 2004 (when Eli Manning did not want to play in San Diego). The Steelers took a quarterback named Roethlisberger and Ben, who came from the University of Miami in Ohio, in the first round. With an arm and girth that made him look like a leviathan standing behind the line of scrimmage.

Coming from a university without many reflections – in which, curiously, he was recruited because in high school he was the substitute quarterback because his coach preferred to put his son as a starter, even though Ben was much, much better than him -, The dominoes fell to perfection for Roethlisberger to become the Steelers’ next great quarterback, something they had been looking for since Terry Bradshaw left the team and that the fans had not forgiven them since they let Dan Marino pass in 83 .

Ben Roethlisberger’s rookie season was tremendous. Pittsburgh would sign a 15-1 record in the regular season, behind a relentless defense. Unfortunately, for Coach Cowher and the young quarterback, the team was eliminated by Jacksonville in the round of Wild Card.

The seed, however, was already planted. 2005 would be the year of Steel. Roethlisberger would be confirmed as the next great quarterback of the franchise and, the long-awaited Lombardi trophy would finally be lifted by coach Cowher, in one of the most emotional images that exist in the history of the Super Bowls.

Cowher would leave the team in 2006 after an 8-8 season, leaving his place to the young Minnesota Vikings defensive coordinator (34 years old), Mike Tomlin.

In another display of great display of work by the team’s front office, Tomlin’s hiring would be a home run. Not only in the aspect of giving the team his essence as a coach, but in that of conviction and coexistence with the values ​​that govern the franchise.

With Tomlin as coach, the Steelers haven’t had a losing season. In turn, the team has reached the playoffs in 9 of 15 seasons, winning one Super Bowl and losing another.

On one side of Tomlin and all his success, there has always been Ben Roethlisberger, that young man who in 2004 could have reached the NY Giants if Eli Manning had made the decision to play in San Diego. Roethlisberger, by the way, a quarterback with spectacular numbers, with two Super Bowl rings in his bag and who doesn’t have the spotlight he deserves. Does that sound familiar to you?

The will of the Steelers, tested against KC

Speaking of Roethlisberger and his numbers, there is one that keeps turning in my head. The comebacks in the last quarter.

If we review the list of more returns in the last quarter in history, we find Peyton Manning and Tom Brady in numbers 1 and 2 (what a surprise…). In number 3, we will see the Big ben, who in his award-winning career already has 40 returns to win, six of which he has achieved in 2021, the most in a season in his career.

Why doesn’t this stop me spinning? Simply because that number reflects what, to me, the Steelers are: a team that we must never give up for dead, despite circumstances being completely against them.

This week, by the way, Roethlisberger will face another magician who returns in the fourth quarter: Patrick Mahomes, who already has nine in his career.

With a lot on the line, as the playoff landscape is volatile in the AFC, this Sunday’s Chiefs vs. Steelers game looks to be of epic proportions.

For my part, I tell you (and keep this tweet), which will be the typical game that the Steelers win, despite not being favorites.

What do you think of the tough DNA of Tomlin and Big Ben’s Steelers? Will they come out on top against the Chiefs this week 16? We read you in the comments under this article and on our social networks.