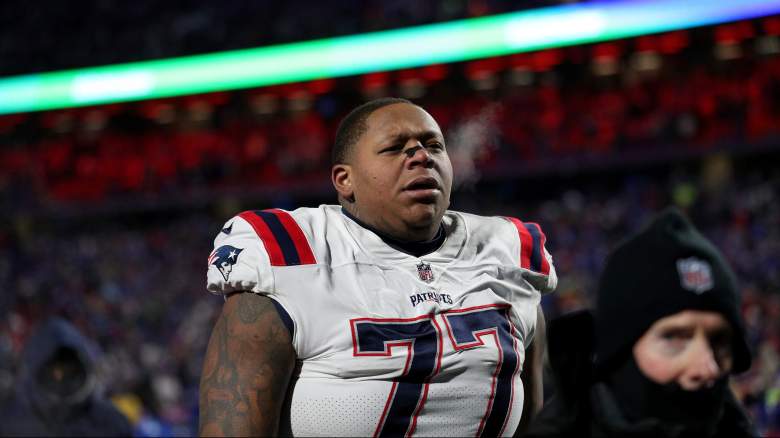 Getty Trent Brown #77 of the New England Patriots walks off the field.

Rent Brown could have a new contract with the New England Patriots, but it comes with a lot of strings attached.

The offensive lineman signed a new two-year contract worth $13 million. Only $4 million of the deal is guaranteed.

Brown is entering his eighth season in the NFL. In 2021, he only appeared in nine games.

Since the majority of Brown’s contract is not guaranteed, there will be a lot of incentives that are part of a deal. Some of them have to deal with Brown’s weight.

On Sunday, ESPN Insider Mike Reiss revealed that the offensive lineman’s contract includes a $750,000 peso bonus in 2022 and 2023.

Plus, each week during the season, Brown has the opportunity to earn an additional $25,000 a week if he weighs 365 pounds or less.

Standing 6’8″ tall and weighing 380 pounds according to the official New England Patriots roster, Brown is one of the biggest players in the NFL.

A checkered past (injury)

Unfortunately for Brown, his career has been plagued by injuries. Although he is entering his ninth season in the NFL, he has only played in 72 games. That’s an average of nine games played per season.

The 6’8″ lineman has had to deal with injuries since the beginning of his career. After starting all 16 games for the San Francisco 49ers in 2016, he only started 10 games the following year due to a shoulder injury that placed him on Injured Reserve.

Brown was also forced to be placed on the Injured Reserve List in 2019 just one day after earning his first Pro Bowl selection.

Last year with the Patriots, Brown suffered a calf injury in Week 1.

Brown also has other incentives that he will look to take advantage of. He stands to earn $500,000 if he participates in 65% of the offensive snaps and an additional $500,000 in 70 percent.

With Mac Jones entering his second NFL season, he’s going to need as much protection as he can get. In his rookie season, Jones received too many hits. The quarterback was sacked 28 times in 2021. Having a healthy Brown would do wonders to keep Jones on his feet.

New England will also have some big shoes to fill in 2022. After trading Shaq Mason, Jones may be forced to get rid of the ball quicker than he’d like.

So Brown has a lot of money to make. All he has to do is stay healthy and reach the weight goals that have been set for him. If he is able to do that, the team, the player and the fans will be happy that he is back in New England.