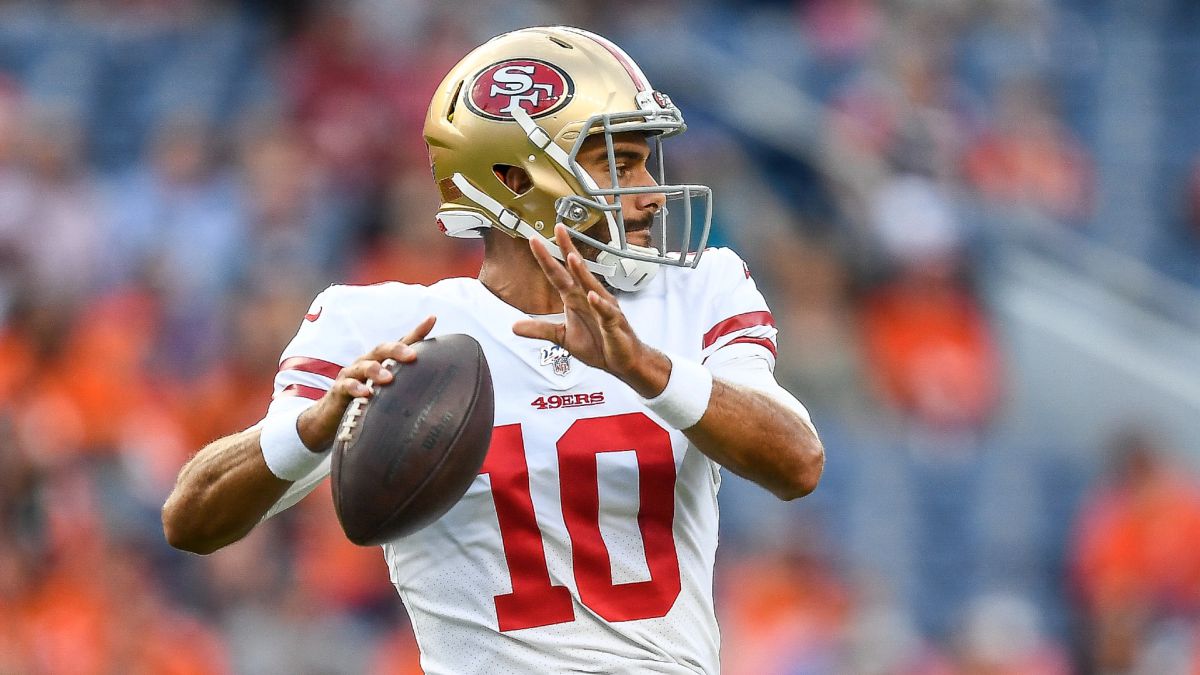 Without Carson Wentz in the organization (trade with the Commanders), the Colts are already thinking about their new quarterback and could help the 49ers in the process. According to information from Ian Rapoport, of NFLNetwork, Indianapolis is considering the possibility of acquiring Jimmy Garoppolo.

Garoppolo has been effective as a starter for the 49ers. In little more than four years 45 starts (31-14 mark), with 11,162 yards, 66 touchdowns, 38 interceptions and a rating of 98.3; the only downside to the Eastern Illinois outing is his multiple injuries as he has missed 25 games in the past four seasons.

The problem the Colts face in a possible trade for Jimmy-G is a lack of capital. In the 2021 trade for Wentz, Indianapolis lost its first-round pick in the 2022 Draft and San Francisco previously set a high price for a 30-year-old QB the previous offseason.

It should be remembered that Garoppolo had shoulder surgery a few days ago and he will not have physical activity until the training camp, phase prior to the preseason. The state of health of the passer would have affected his value in the transfer market.

YOU MAY BE INTERESTED: Report: Reggie Wayne will return to Colts as WRs coach

Why did Wentz leave Indianapolis?

At 9-8, the Colts couldn’t repeat postseason appearances, and Wentz was one of those singled out for failure. Zak Keefer of TheAthletic, reported that in addition to the above, Indianapolis traded the quarterback because they felt he wasn’t a good leader, didn’t train hard and had a reckless style of play.

It was added that said attitude of the quarterback broke the locker room prior to week 16 of the regular season and Wentz validated his lack of commitment by adding 333 yards, two touchdowns and an interception in losses against the Raiders and Jaguars that condemned the Colts to see the playoffs from home.