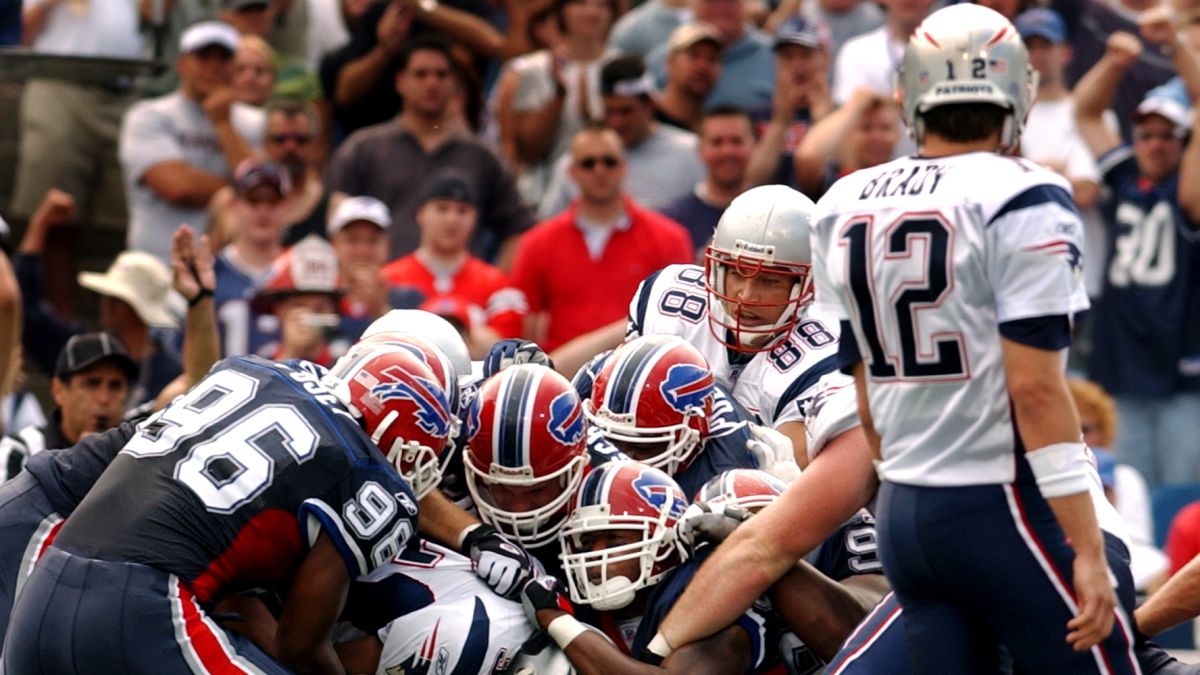 In a 180 degree turn, the The New England Patriots ended the season beating the Bills 31-0, exactly the same scoreline that the season started with but with Buffalo as the winner.

With the victory, the Patriots finished with the best record in the American Conference and secure home-field advantage during the 2003 postseason.

With 17 seconds left in the game and 31-0 down, the Bills found themselves at the Patriots’ 1-yard line. That’s exactly where the Patriots found themselves when they were humiliated in Buffalo in September. And like New England, Buffalo couldn’t get in when Larry Izzo intercepted Travis Brown’s pass to end the game.

The game was dominated by New England from start to finish. The Bills defense, considered one of the best in the NFL, had no response to the Patriots’ offense and Brady’s passing game.

The Bills’ offense, considered one of the worst, played up to their expectations, as the defense of New England made Drew Bledsoe’s day absolutely miserable.

New England wasted no time, and immediately went into a no-huddle offense with no players in the backfield. In fact, it wasn’t until the Patriots had first and goal at the one-yard line that a running back entered the field. Tom Brady found Daniel Graham for the first touchdown.

The 9-play drive went 62 yards in just over four minutes.

Signs of a lopsided game came when Mike Vrabel intercepted a Bledsoe on the Bills’ first possession. Vrabel’s return prepared the offense at Buffalo 34. Eight plays later, Brady connected with Bethel Johnson from 9 yards to score and with 5:23 left in the first quarter, the Patriots had opened a 14-0 lead.

The Bills defense gave Bledsoe and his offense a chance to make some noise when Jeff Posey caused a fumble that was recovered by Buffalo at the 29-yard line but it was all a scare for New England.

During the first half, New England chose the passing game for the most part with Brady throwing 18 passes of which he connected 15 for 90 yards and 2 touchdowns.

Brady left the game with seven minutes to go and was replaced by Damon Huard. Tom Brady finished with 204 yards on 21 of 31 passes and four touchdowns.

New England will watch the first week of the playoffs from home due. They await the winner of the wild card round.

Bledsoe finished with 12 of 29 passes for 83 yards, one interception and three sacks.

Replay: Patriots pummel the Bills and end with the best record in the AFC