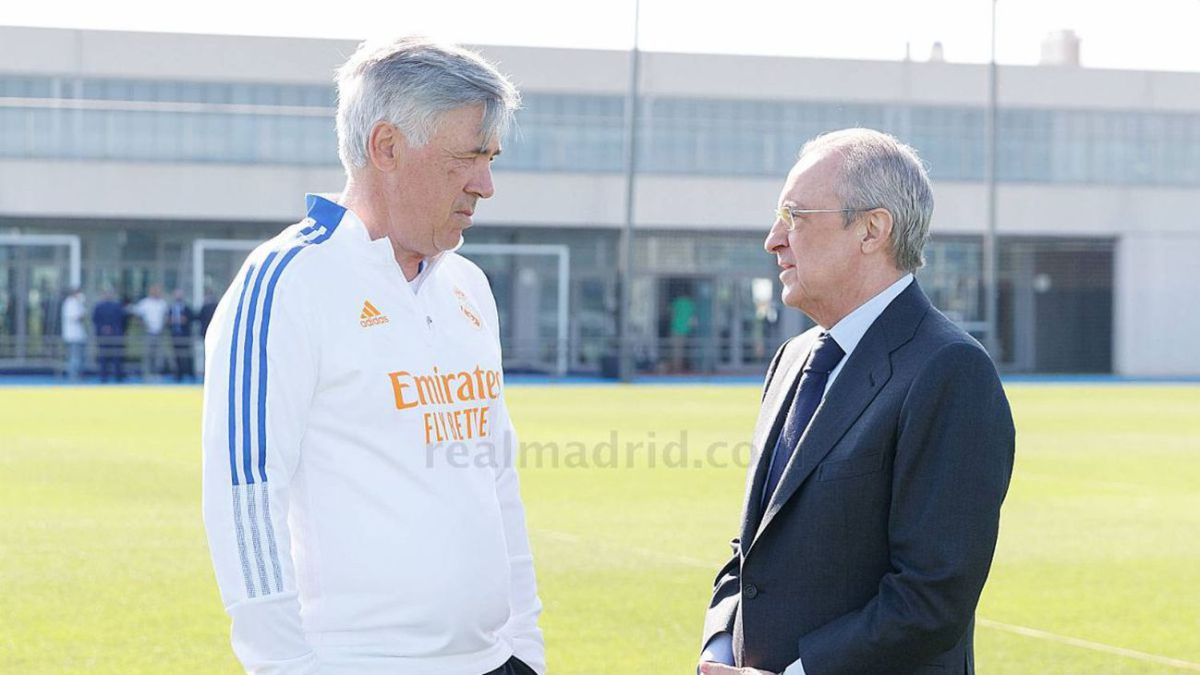 Reinforcements arrive at the Real Madrid preseason. Four of the internationals who participated in the Eurocup This summer they joined the work of the team led by Carlo Ancelotti, once they have overcome their vacations, and now it is their turn to get in tune to get ready for the League debut, which will take place on August 14 in Mendizorroza against Alavés.

Bale, Modric, Kroos and Varane appeared in Valdebebas this Friday morning; Benzema would have also arrived, were it not for his positive for COVID-19 in a test in Lyon before getting on the plane to fly to Madrid, which has prevented him from working and will keep him in France until he overcomes the disease. The Belgians, Courtois and Hazard, the two madridistas who went the furthest in the European Championship, are missing for the moment. His return is expected in the next few days.

It is true that of the four who have returned, not all do so under the same conditions. Some know that they come to remain as important as they have been; others, with their future in the air and pending a talk with Ancelotti or a transfer resolution. But all will be placed under Carletto’s orders, with a view to the start of the official course.

Modric and Kroos know that they are vital for the Italian and with that tranquility they will start the preseason. The Croatian has renewed another year, despite being 35 years old, which will be 36 in September, given his high level last season, which he has maintained in the Eurocup, taking Croatia to the second round, where only Spain could eliminate them in extra time. . Kroos, meanwhile, has a contract until June 2023 and, at 31, is in full swing. In addition, he has already left the Germany team to focus on Madrid.

Bale and Varane, in the air

Bale, for his part, is awaiting a conversation with Ancelotti to see what will become of him, but his intention is to stay and exhaust his last year of contract at Madrid. The Italian showed at a press conference his enthusiasm for having the Welshman, who has scored 16 goals in his assignment with Tottenham, and it remains to be seen how they could give him a fit, since he currently occupies an extra-community place after Brexit. Madrid expects some change in the regulations to save this situation, otherwise it will have to release Bale or one of the other three foreigners non-European (Militao, Vinicius and Rodrygo).

And finally Varane, whose future lies in Manchester United, but in the absence of Madrid accepting an offer from the English team to be taken to the central, which ends its contract in 2022 and has refused to renew. Madrid know that it is the last summer in which they will be able to get a good amount for Varane and they want to take advantage of the situation, but for this they need United to raise the offer and get closer to 60 million euros, although it is likely that it will be reached a settlement for a somewhat lower amount.