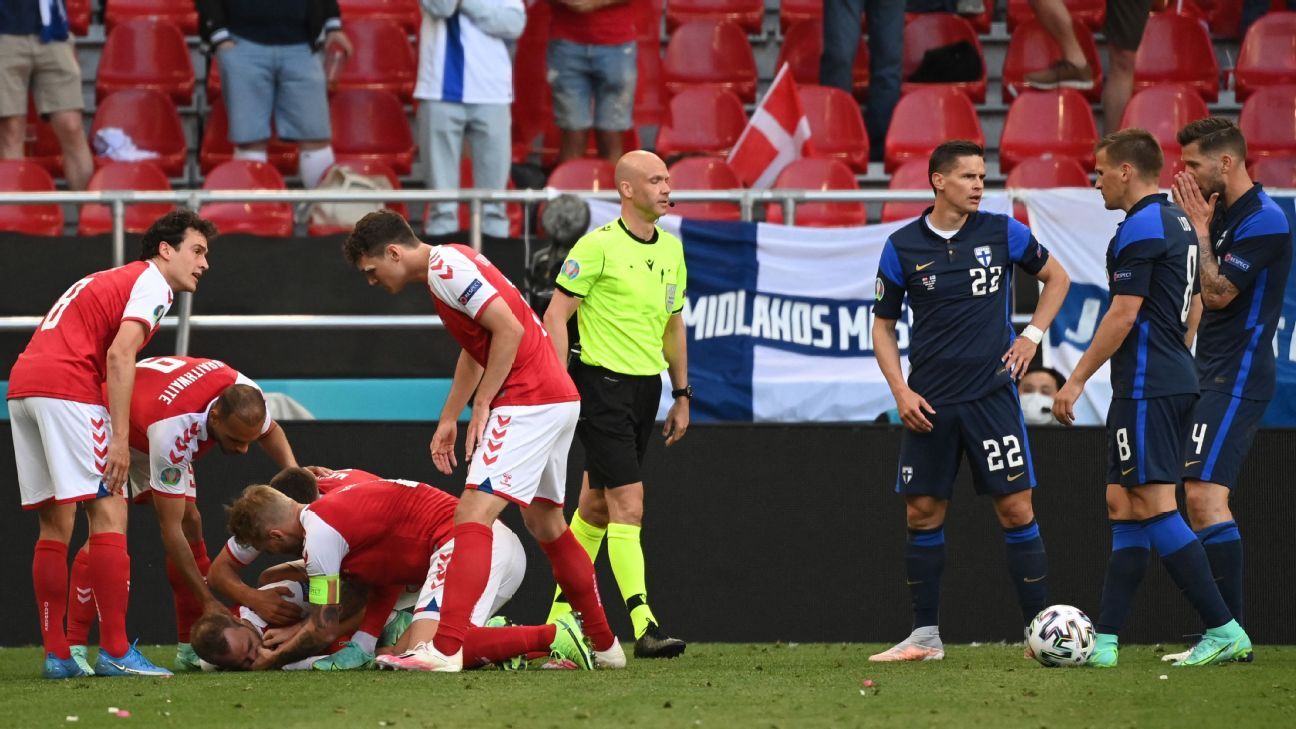 In an interview with the English press, Anthony Taylor said that he was aware of the delicate situation from the first moments in which he addressed the Danish midfielder

The drama lived by Christian eriksen at the debut of Denmark on the Eurocup it continues with new chapters, even after almost two months of suffering a sudden illness in the field and needing medical attention in a hurry. The match referee, Anthony Taylor, revealed how he lived that tense moment in his career.

In an interview with the newspaper Daily Mail, the Englishman said that he was aware of the delicate situation from the first moments in which he addressed the Danish midfielder.

“I was ten meters away and looking directly at him. There was no one around. I could clearly see that something was very wrong. It was without a doubt the most complicated situation of my career, but it shows the importance of managing people and emotions.”, He said Taylor, admitting that he felt the pressure to make the right decisions on the field.

“The fans think that the referees have no heart and are there to spoil their evenings, but the main point is to understand how people feel and react.”

Anthony Taylor, one of the best referees in the Premier League, said he was still uncomfortable with the praise for his handling of the situation at Copenhagen’s Parken stadium. For the Englishman, all the recognitions must be directed to the doctors who managed to revive Eriksen, as well as to the defender Kjaer, who initiated the attention of his partner.

“The real heroes are the doctors who gave the compressions and Simon Kjaer, who started them. My role changed a bit, I became the center of crisis management. It’s frustrating to be praised. I reiterate that all I did was call the doctors “, He said Anthony Taylor. “It makes you realize how precious life can be.”

The referee also revealed more details about the decision to resume the match, which came after news that Eriksen he was conscious in the hospital. The clash ended with a 1-0 victory for Finland, and the goal was scored after the resumption of the duel.

“When the decision was made, and obviously debated, it was made in agreement with the two groups of players and the federations. The soccer players spoke with Christian on the phone. And Christian told them to finish the game.”

Eriksen returned to Italy for the first time since the drama suffered during the match between Denmark Y Finland. ESPN found out that the midfielder met Giuseppe Marotta, director of Inter de Milan.

The 29-year-old Dane spent a week in hospital, where a type of pacemaker was placed, before returning home in Denmark to recover. He also underwent a series of medical tests to find out the cause of the cardiac arrest.

Eriksen He will be testing again in Italy and is not expected to return to a soccer field for at least six months.

Depending on the cause of the cardiac arrest and the nature of the treatment, you may be prohibited from playing in Italy, but you can continue your career in England or the Netherlands, where the rules are different.

Italy does not allow athletes to play professional soccer with the device on the heart. However, it is not an impediment for other countries of Europe. Exams in the next few days will say yes Eriksen He will be able to take off his equipment, which would allow him to continue in Italian football.