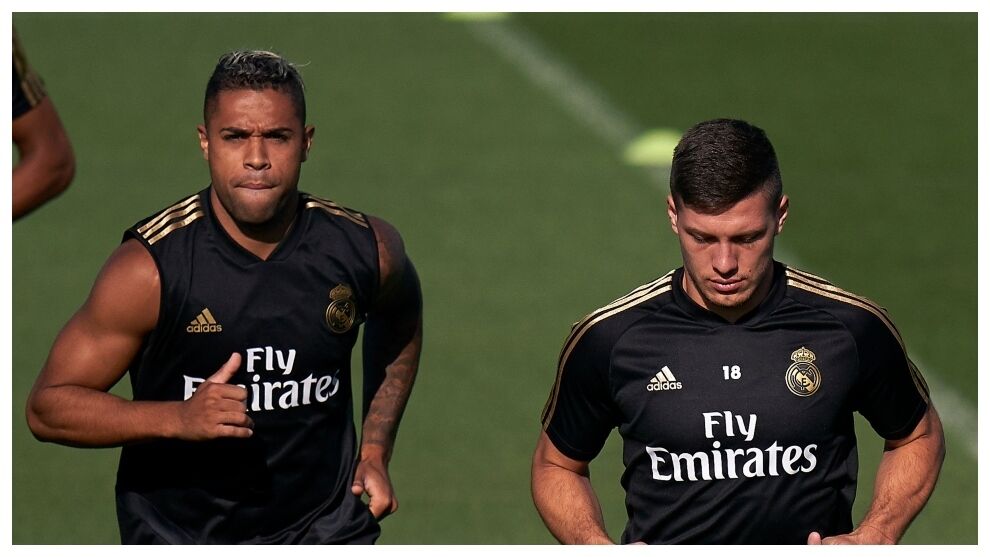 TO lack of what may go until August 31 (Mbapp), the leaders of the Real Madrid continue in the work of definitively shaping the staff that Carlo Ancelotti will have at your disposal. With the player of the PSG still in Paris, many of the unknowns focus on the offensive line. Benzema to be the reference center forward again one more season. After the French they appear on the white list as real men Mariano and Jovic. One and even both are left over in some of the cases.

Mariano Daz resoundingly refuses again to study any proposal. He has no intention of leaving the Real Madrid, as such has happened in the last two summers. History is repeating itself and the white youth squad follow one more season as a member of the first Real Madrid squad. It does not matter the panorama that is ahead and the reality that appears to him of hardly having opportunities.

22 games and 680 minutes last season, for the seven games and 84 minutes of the previous season. Figures that do not scare the Dominican, who saw how Ancelotti gave him a chance in the friendly against Milan.

Faced with this scenario, the leaders of the Real Madrid looking for destination Luka jovic. Serbian wants to show that he has a place in Ancelotti’s squad, but he does not refuse a possible operation in search of minutes and confidence. If something appears that seduces you in sports, it will not cause major problems, as happened last winter with the Eintracht Frankfurt, the forward’s home club.

In the Real Madrid they hope and trust that this proposal will arrive, in the form of a transfer of course and the Serbian will find accommodation in some European club. Milan was one of the teams that showed interest in the forward, but the signing of Giroud, ruined any option.

The decision to find a place Jovic is firm and they are working on it in the white sports management, in a summer in which operations are being reduced to the minimum expression, especially what transfers are concerned.