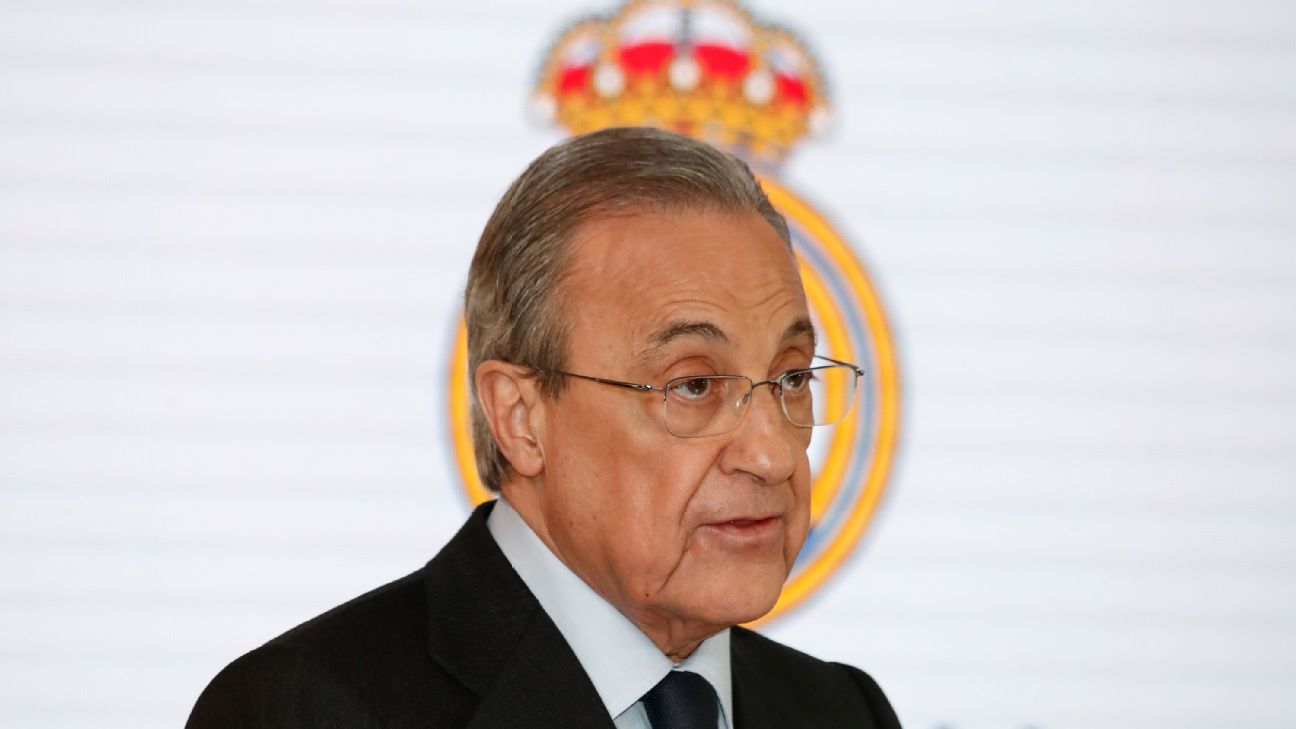 MADRID – Real Madrid is studying to sue LaLiga for the principle according to which it arrived with the CVC investment fund to inject 2,700 million euros into the competition in exchange for the exploitation of 10% of its business, according to various sources confirmed to ESPN, which he detailed in a press release in which he lists the irregularities of this “deceptive and opportunistic structure,” in response to which he called for a debate during his shareholders’ meeting.

“This agreement was made without the participation of Real Madrid and without their knowledge and LaLiga has allowed for the first time today that we have limited access to the terms of the agreement.

“The clubs have assigned the audiovisual rights exclusively for their commercialization under a competitive regime and for a period of 3 years. This agreement, using a deceptive structure, expropriates from the clubs 10.95% of their audiovisual rights for 50 years and against the law.

“The negotiation has been done without a competitive process and the economic conditions agreed with the CVC fund give it returns of more than 20% per year. It is this same opportunistic fund that unsuccessfully tried similar deals with the Italian and German leagues.

“Real Madrid cannot support an operation that gives investors the future of 42 First and Second Division clubs and the future of the clubs that will qualify during these 50 years.

“Real Madrid will convene the assembly of compromise partners to discuss the agreement and the significant unprecedented losses in our 119-year history,” the club explains in its statement.

In addition, as ESPN learned, Barcelona is carefully studying the details of the contract because it also has doubts.

The LaLiga Executive Committee approved the agreement unanimously on Tuesday but on August 12 it will have to be ratified by the Club Assembly.

In this sense, LaLiga sources explain to ESPN that, despite the doubts of some clubs, they believe that the initiative will go ahead because it only takes the approval of two-thirds of the clubs that make up the competition: the 22 First-Class clubs plus the 22 of Second.

The Independiente reported early in the Spanish afternoon that the whites would be willing to denounce LaLiga as they consider the agreement illegal and that Barcelona and Athletic Bilbao will also oppose it.

The economic distribution will be made based on the television rights of the last seven years so that Madrid would correspond 261 million euros and Barcelona about 270.

Barcelona seemed to be one of the clubs that benefited the most from the agreement since the Catalan club has been one of the most affected by the pandemic. In fact, the 270 million injection could help enroll Lionel messi and the other signings he has made to date: Sergio Aguero, Eric Garcia, Memphis Depay and Emerson Royal.

However, sources from the Catalan club admit their doubts because they are not clear that it is “beneficial” for the club.

In this sense, sources close to La Liga explain to ESPN that they do not understand Barcelona’s doubts because, according to them, they have had several meetings with the Catalan club in recent days and Joan Laporta knew first-hand the intentions of Javier Tebas.

For its part, the possible opposition of Athletic would be understood by its philosophy of not being able to sign players from outside the Basque Country and Navarra. However, the Basque club could be harmed if the rest of the clubs have more money since their market is more limited.