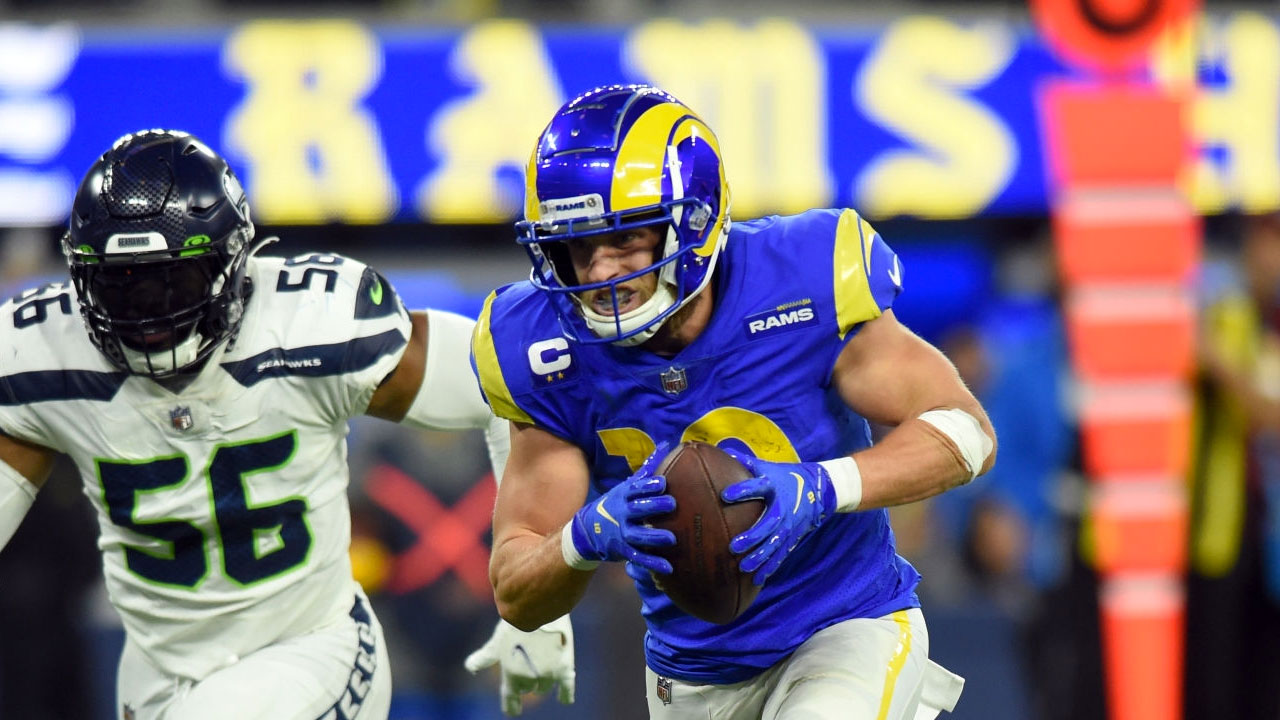 It took 15 weeks, but it finally seems that the Rams are the team they promised at the beginning of this 2021 NFL Season after their divisional victory over the Seattle Seahawks by a score of 10-20. Thus, Los Angeles once again reaches a record against the Arizona Cardinals, who had surpassed them since week 4.

On this occasion, Sean McVay’s team was seen with less doubts, strengthened and with the confidence to the fullest for a critical season finale in their aspirations. With three consecutive victories in tow, the outlook is clearer and now his sights are set on improving his final position, looking for all the postseason games in the NFC (Super Bowl included) to go through the brand new SoFi Stadium.

The Rams faced resistance from Seattle

Also in a way, as is often the case in NFC West games, a fierce defense was anticipated by the Seahawks, who limited the Rams to just three points in the first half. They landed an interception on the first play of the second quarter, as Matthew Stafford was looking for Cooper Kupp and stopped him in 4th and short near the end of the first half,

Previously, a spectacular 42-yard reception ended with Kupp taking a hard hit that did not pass to major, and remaining in excellent field position with 2 minutes to play to tie the game and start the second half with a surprising 3-3.

More surprising was Pete Carroll’s game scheme for the third quarter, winning first with Rashaad Penny and then with DeeJay Dallas, running backs who dragged the Rams defense to take a momentary lead on the scoreboard just 10-3. However, the problems plaguing the Seahawks of 2021 were all too apparent again and the result was assured. this team’s first losing campaign in the Russell Wilson eraWhile his playoff aspirations, mathematically, are still possible.

Cooper Kupp and his record night

The third-round WR had his sights set on the Rams’ franchise record for most catches in a season (119). Kupp at 113 was six from tying and seven from taking that mark for himself. In the end he broke the mark with his nine catches for 136yds and 2 TDs, bringing the new record to 122.

With those numbers not only did he write his name in gold letters in the Rams book, but at this moment he is the leader in the three most coveted statistics of any receiver in the NFL, plus receptions (122), plus TD (14) and more yards per pass1625), thus is now looking to join a prestigious triple crown-winning group: Jerry Rice in 1990, Sterling Sharpe in 1992 and Steve Smith in 2005.

The end of the game for the Rams was more or less calm, after they always finished in a draw during the first three periods, in the end Von Miller, Aaron Donald and Jalen Ramsey prevailed to prevent Seattle from running the ball more, in addition to drying completely to WR DK Metcalf.

In contrast, his running back Sony Michel was used with all the intention of eating the game clock, and after a field goal for 10-20 with less than two minutes left, LA’s team achieved their tenth victory of the season. That sets them their sights on the divisional and conference top spot.

What do you think of these rising Rams, will they reach the top of the NFC after this victory? We read you in the comments under this article and on our social networks.

Rams start to heat up and secure Seattle losing record