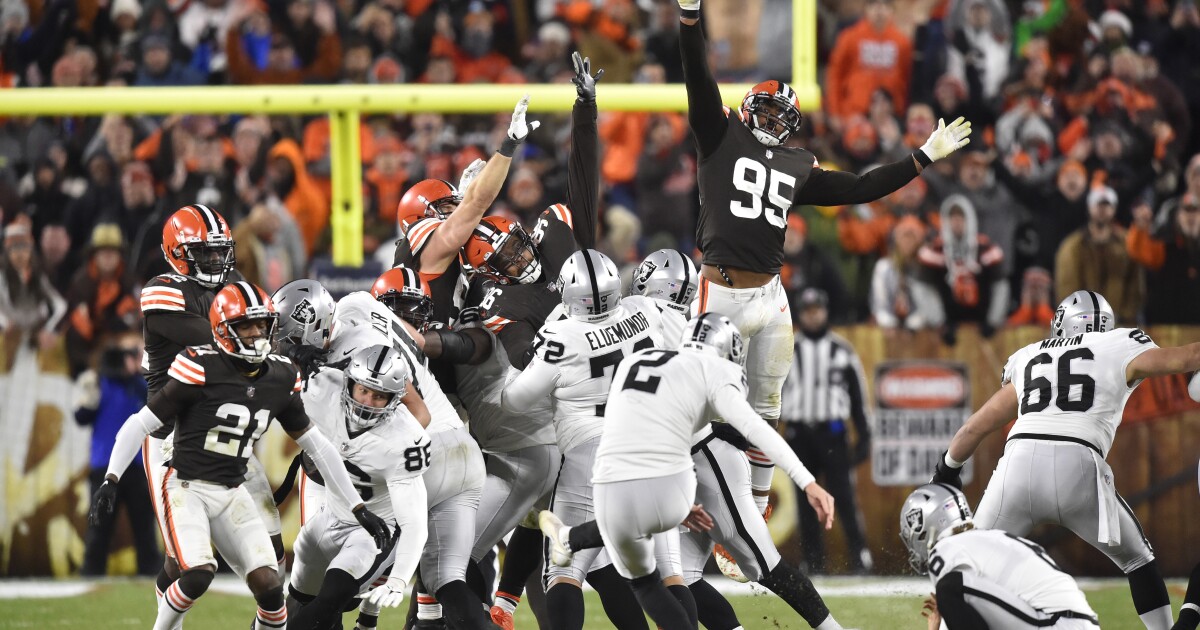 The defense couldn’t hold a fourth-quarter lead against a third-team quarterback. The attack could only get a touchdown against a defense that was missing several starters.

“Just win, baby!” The late Raiders owner Al Davis used to say. And a game that summarized that motto like few others was Monday night, a 16-14 victory over the Cleveland Browns, depleted by COVID-19.

“I’m very excited for the guys,” said Rich Bisaccia, interim coach for the Raiders. “Winning a game like that and playing with the effort with which they did it, until the bitter end, even when it seemed likely that the result would be unfavorable … Well done to our players.”

The Raiders (7-7) didn’t do a lot of good, but they did what it took to stay in contention for a spot in the American Conference playoffs.

Things got complicated when Nick Mullens threw a 6-yard touchdown pass on a fourth down to Harrison Bryant with 3:45 left to give the Browns their first lead of the game, 14-13.

Things got more complicated when a long pass from Derek Carr to Zay Jones was intercepted on the next offensive drive.

But Johnathan Hankins stopped Nick Chubb with no yard gain on third-and-three to give Carr another shot at his 23rd comeback in the fourth quarter.

Two long passes to Jones did the rest, including a 15-yard pass so Daniel Carlson could attempt a 48-yard field goal on the final play to give the Raiders the victory.

“I went straight to him and said ‘I’m going to come back with you and we’re going to win this game,'” Carr said of his message to Jones after the interception. “He knew he needed him and he wanted him to know not only that he needed him, but that he believed in him.”

The defense against the race. The Las Vegas team has struggled all season to contain the run, but did a good job stopping Chubb, who was limited to 91 yards on 23 carries with an offense decimated. The 89 yards in the game represented the third-best record of the season for the Raiders.

Raiders still in the fight despite failures