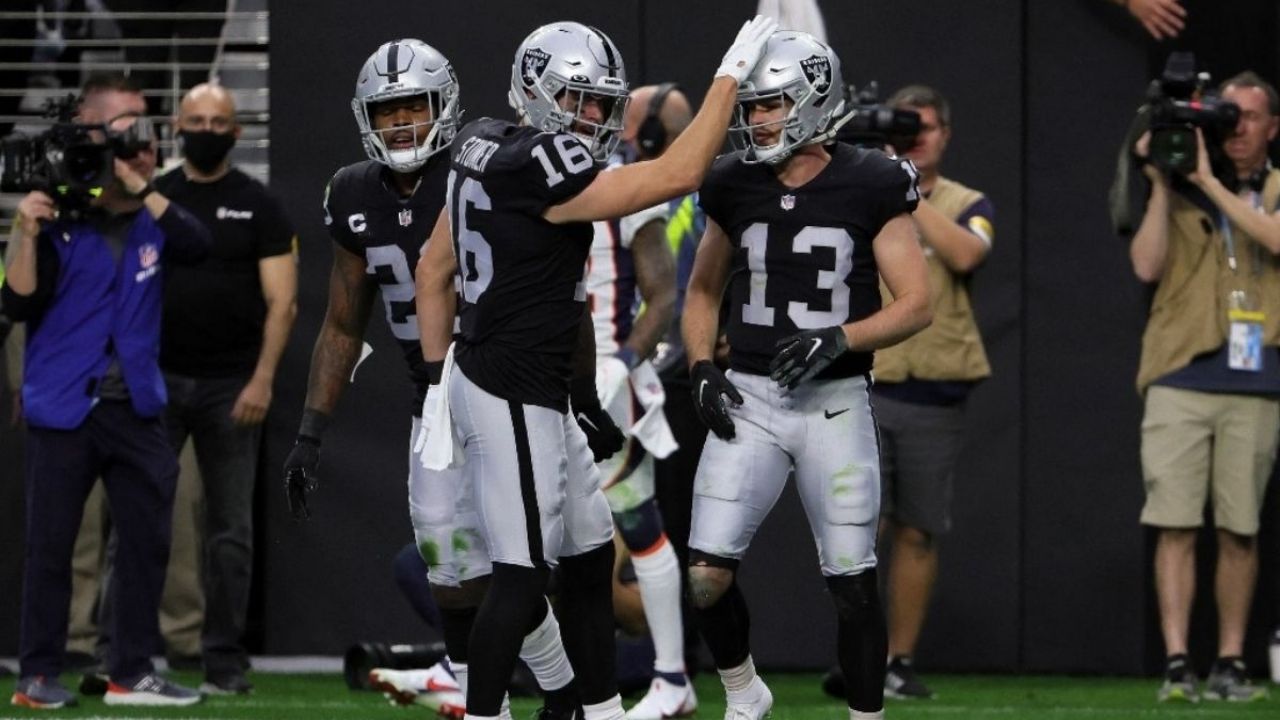 The Raiders woke up! After the defeat suffered in their most recent engagement, the team based in Las Vegas obtained a fundamental triumph in his aspirations of playoffs after beating his similar of the Broncos 17-13, in mourning corresponding to the Week 16 de the 2021/2022 NFL season.

Contrary to what happened with other commitments this Sunday, this was characterized by having endless fouls from both squads throughout the first quarter, which caused that the points were not present after the problems that the two quarterbacks had throughout the field.

For the second quarter the board was finally opened thanks to the scoring of the locals, which gave something to talk about thanks to the amazing Hunter Renfrow receiver cutaway, who added his sixth touchdown of the year after a brutal pass from his quarterback.

Denver was able to respond quickly and was able to appear on the scoreboard thanks to two field goals that came before the end of the first half to put the partial result of 7-6.

When it seemed like things would end like this in the first half, an infumable mistake by Derek Carr it made the visitors go up on the board with 13-7 practically seconds to the end of the second quarter.

The Raiders are still alive in the NFL

With the adverse marker, Las Vegas were planted in the field with the clear objective of coming from behind facing the last two quarters. In this sense, the Raiders turned the board around in the third inning thanks to the scoring of Peyton Barber, who confirmed his great form at minute 10.

The Raiders and Derek Carr lost the ball again just a few yards away to score again, giving Denver a chance to lead the board again; Nevertheless, a poor field goal he took away the opportunity to win the partial victory in the third quarter.

For the last episode the locals managed to increase their advantage after the field goal of his star, situation that made the difference between both teams was 4 points in the absence of seven minutes for the end of the commitment.

Already in the final minutes, Las Vegas were able to recover the ball and, on the basis of short plays, they spent enough time so that Denver had no chance to bend the ball once more.

With this result, the Raiders are more alive than ever and, with two consecutive wins, they extend their record to 8-7, saving with him ample possibilities to arrive at the round of playoffs within the AL West Division thanks to the loss of the Chargers, who also add 8-7.