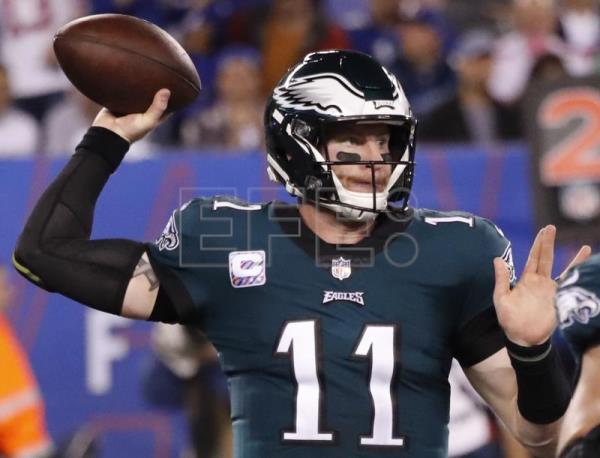 Quarterback Carson Wentz traded Wednesday from the Indianapolis Colts to the NFL’s Washington Commanders for the 2022 season.

Now Indianapolis has the 42nd overall pick and the Commanders 47th.

Wentz, 29, who was with the Philadelphia Eagles between 2016 and 2020, arrived the previous season at the Colts, a team that trusted him to take them to the postseason, something he did not achieve.

Indianapolis coach Frank Reich thought he could bring back the level Carson Wentz displayed when he was nominated for MVP in 2017.

At the end of 2021, the former Philadelphian had 3,563 yards, 27 touchdowns and seven interceptions that were not enough for the Colts to qualify.

Indianapolis is the only team in NFL history to have a different quarterback start 15 games in four straight seasons. Andrew Luck did it in 2018, Jacoby Brissett in 2019, Philip Rivers in 2020, and Wentz in 2021.

With the quarterback job available for the 2022 season, Indianapolis has its eyes on the shoulder operation that quarterback Jimmy Garoppolo will undergo this week, who has not yet confirmed his continuity with the San Francisco 49ers.

In other notable moves, the Carolina Panthers prevented their kicker from becoming a free agent starting next week and locked him up with a two-year extension.

González is a guarantee that he made 17 consecutive field goals at the end of the 2021 season; he in total he converted 20 of 22; on extra points he made 22 of 23 attempts.

In Arizona, the Cardinals released linebacker Jordan Hicks but retained Devon Kennard at that position.

With the New York Jets, offensive lineman Conor McDermott extended his contract for one year.

Quarterback Carson Wentz joins the Commanders from the Colts