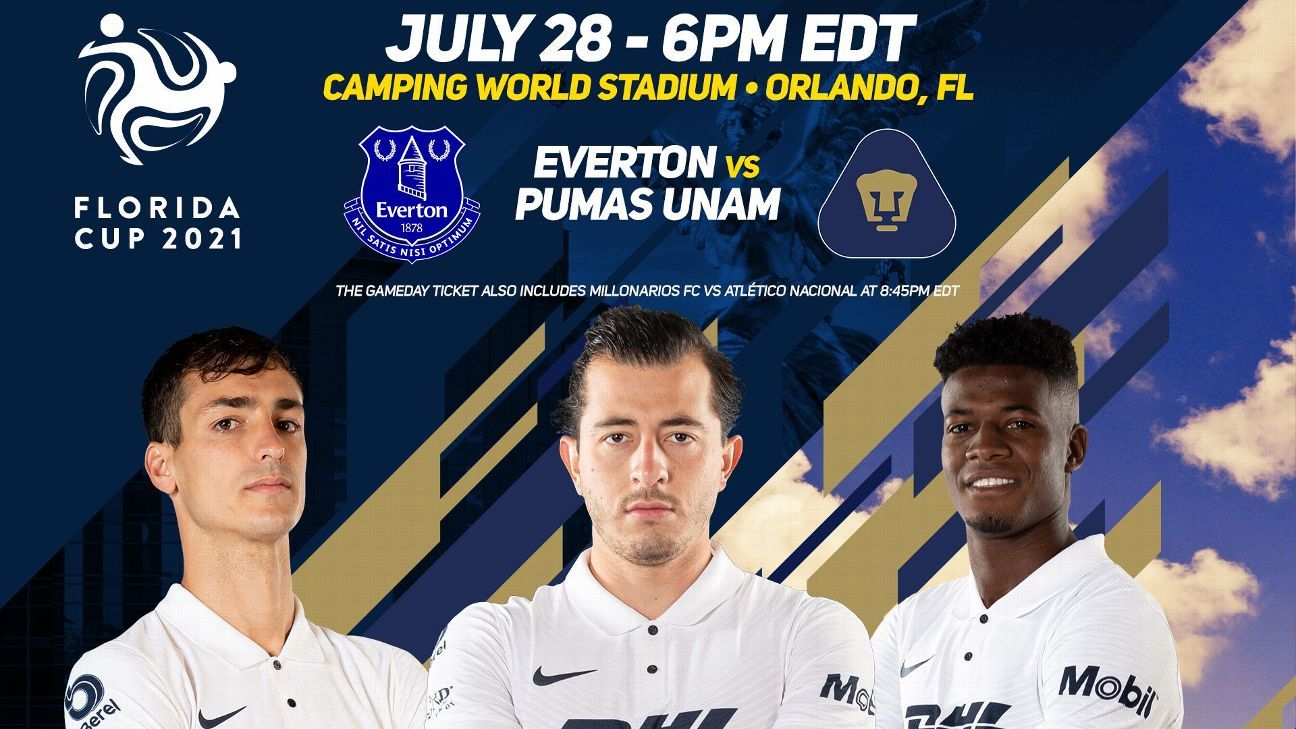 Everton, from the Premier League, which has a new coach with Rafa Benítez, will face the Pumas in a friendly duel at Camping World Stadium, in Orlando

The Pumas will meet Everton of the Premier League on July 28 at the Florida Cup. Andrés Lillini’s team will travel to the United States at the end of date 1 of Apertura 2021 before Atlas to participate in the tournament that will serve as a preseason for the English team.

Through a statement, the auriazul team released the news where, in addition, the Millonarios and Atlético Nacional teams, both from Colombian soccer, will also participate.

“The first men’s team of the Pumas will participate in the Florida Cup, where they will face Everton of England, next Wednesday, July 28. In addition to the blue and gold squad, Atlético Nacional de Colombia was also invited to complete the four participants in the tournament, which begins on Sunday, July 25, at Camping World Stadium, in Orlando, Florida ”, it reads in the text.

Pumas’ invitation came after Arsenal and Inter Milan decided not to go to the United States preseason due to Covid-19 infections. Given this, the Florida Cup decided to reorganize the contest and they extended the invitation to the Mexican team.

Thus, Rafael Benítez will have the opportunity to see his players after he arrived this summer as Everton’s helmsman. The Spanish helmsman will not be able to count on Richarlison, the Brazilian forward, who is at the Tokyo 2020 Olympics.

However, you can count on elements such as James, Yerri Mina, Dominic Calvert-Lewin, Lucas Digne or Jordan Pickford.

The game between Pumas and Everton will be at 5:00 p.m., Central Mexico time.