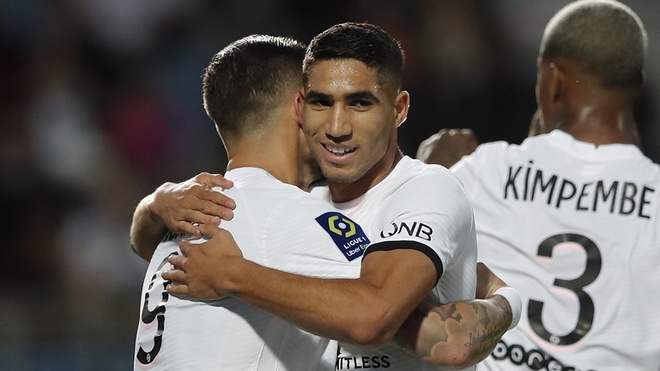 ANDl PSG has been in the focus of all the reflectors in recent days thanks to Messi’s departure from Barcelona, ​​but that did not prevent them from debuting with 1-2 win against Troyes, leaving a ready squad for the Argentine to live his first season in France.

The start of the match awoke ‘old ghosts’ among the disciples of Mauricio Pochettino. The Hajjam anticipated Danilo Pereira and Kehrer to head a corner thrown by Chambost and score the 1-0. Keylor Navas could do little.

PSG reacted hand in hand with a great Ander Herrera. The Spaniard threatened in the 14th minute with a strong shot that crashed into the side of the net. He then took out the marker to find Achraf with a great pass over the defense that the Spanish-Moroccan ‘impaled’ the net with virulence. A great goal that Messi himself would have signed. Start strong. We will see if he reaches the seven goals and the 11 assists that he achieved last season with Inter.

The Troyes did not give up and Ripart (28 ‘and 35’) forced Keylor Navas to show off.Meanwhile, Mbappé did not stop shaking the attack. Giraudon denied him the goal under sticks in the 25th minute after having missed the exit of the Gallon goal.

Already in the second half, Gallon himself prevented Mbappé from serving a new ‘death pass’ so that Icardi scored 1-3 in the 54th minute. But Kylian didn’t give up and kept trying to the end. In 81 ‘he brushed glory with a shot from 25-30 meters that skimmed the crossbar. There was no luck, but even so, the footballer wanted by Real Madird completed a good game that served for PSG to score the first victory of the season. A triumph suffered. And it is that Keylor Navas, with the time almost fulfilled, took a great header from Ripart.