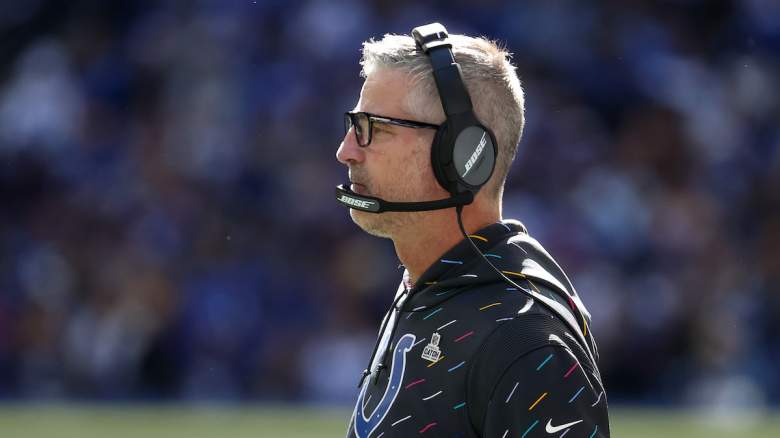 But NFL writer Ian Wharton of Bleacher Report writes that the Colts should still add to the back of their defense.

In an article published April 10, Wharton argued that Indianapolis’ acquisition of 2020 Pro Bowl cornerback James Bradberry from the New York Giants is one of five trades teams should try to execute before the start of the NBA Draft. the 2022 NFL on April 28.

“The signing of Brandon Facyson was a shrewd move based on his quality of play in a limited time with the Raiders,” Wharton wrote. “However, it would be ideal to reinforce the role with a proven veteran like James Bradberry. Entering the final year of his contract, he would be much more of an impact to the AFC South contender than he was to the rebuilding Giants.”

How James Bradberry fits in with the Colts

While Indianapolis has signed three new secondary players, two of them are safeties. At cornerback, the Colts added Brandon Facyson on a one-year deal, but he’s not likely to make up for the number of snaps Indianapolis missed at cornerback this offseason.

The Colts traded cornerback Rock Ya-Sin to the Las Vegas Raiders for defensive end Yannick Ngakoue, and veteran cornerback Xavier Rhodes remains a free agent. Ya-Sin and Rhodes were second and third among Colts cornerbacks in defensive snaps, each playing more than 50% of the team’s defensive snaps last season.

“Indianapolis’ heavy zone defense is a perfect fit for Bradberry,” Wharton wrote. “The 28-year-old started his career in a similar scheme at Carolina and has developed into an above-average starter over the last four years.”

An NFL starter since his rookie season in 2016, Bradberry would immediately become the Colts’ most experienced cornerback if he were traded to Indianapolis.

Bradberry is a tradeable candidate this offseason because he only has one year left on his contract, and the Giants aren’t expected to compete in the NFC East. With the final year remaining on his three-year deal signed in 2020, Bradberry will count as a $21.9 million salary cap for next season.

To trade Bradberry for anything worthwhile, Wharton speculates the Giants will have to keep some of the cornerback’s salary.

But with the Colts owning $21.7 million in salary-cap space, the fourth-most in the NFL according to Spotrac, Indianapolis could take on more of Bradberry’s contract than other teams. That could lower the Colts’ trading price.

Wharton proposed that the Giants trade Bradberry to the Colts for the 159th overall pick in this year’s fifth round and a 2023 sixth round. With this deal, the Colts would keep their top three picks in the NFL Draft from 2022.

In an article published March 27, Giants losing writer Pat Leonard of The New York Daily News listed the Houston Texans and Kansas City Chiefs, along with the Colts, as teams to watch for a possible trade for Bradberry.

Bradberry recorded 54 combined tackles, three interceptions and 18 pass defenses during the 2020 season on his way to the Pro Bowl.