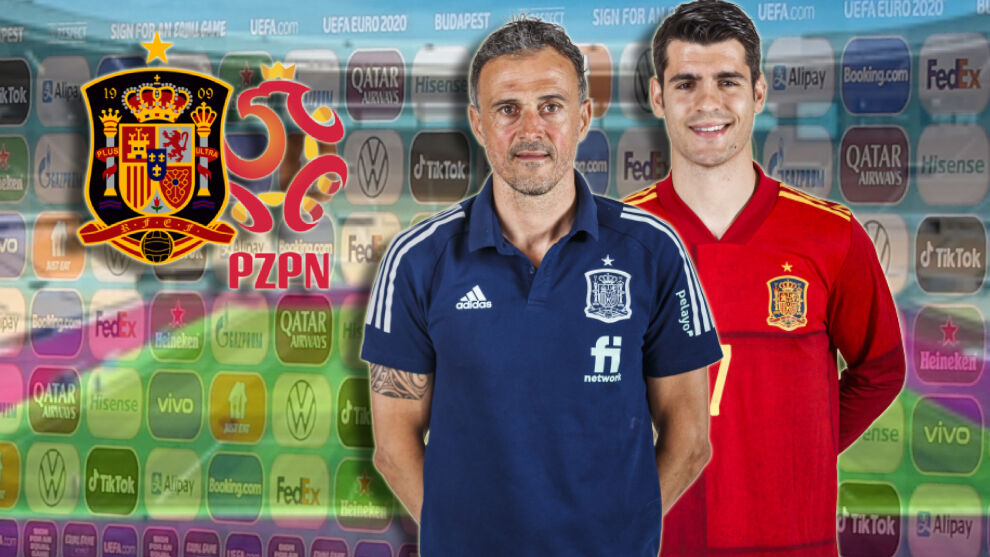 Luis Enrique Y lvaro Morata They speak at a telematic press conference starting at 8.30 pm from the concentration hotel of the national team. The coach and the forward will analyze the second match of the selection in this European Championship. This Saturday at 9:00 p.m. from La Cartuja, Spain-Poland.

21.10 hours. Objectives that are marked:

“Where I have to sign eat everything like this week and for Spain to win the Eurocup. But we are going step by step, we have to think about Poland, play a great game and win.”

“It is easy to get along with Gerard Moreno. We can all play with everyone. All of us who are here are great players and also the personal relationship that we all have seldom I have seen in a team.”

21.05 hours. What he likes best about Lewandowski

“I like football and therefore I like Lewandowski, he is one of the best forwards in history. I have asked him for shirts and many things. I would like to have many qualities from him, but I do not have them. I am Morata. He is a phenomenon and hopefully from tomorrow it will be phenomenal “.

21.04 hours. What is the most important thing you have done this week

“The most important thing that I done is to look at the documents of a house that I am going to buy or play on the Play Station. I don’t know, all things are important.”

21.02 hours. Have you gotten closer to the national team psychologist?

“With Joaqun I talk a lot, I talk about everything … I know that he is at my disposal and for all my colleagues. I am fine, I have had a long career to worry about what people think of me. what my colleagues think. I’m phenomenal “

21.01 hours. What goes through your head when you are whistled

“In the end, they are plays so fast that you don’t have time to think. For me it’s not a very serious mistake. Anyone who plays football knows that the goalkeeper comes out very fast and that you have to adjust. I always give two hundred percent when I put on the national team jersey “.

“We think we can do something great and that is why the best thing is to read little, listen little and work.”

“I’m sorry, but have many doubts that I say that … If they say that it is because it must taste very good”

“I am delighted with Gerard, of course, that’s why we called him. The best weapon to counteract a player of that level is that he receives the ball as little as possible. You have to defend them with help when they receive the ball.”

“It’s very good. The non-verbal language is very good. I see him perfect. Every week with lvaro we teach him things, but this week not even that. I stay with the training details and the smile he has working, the attitude … We have maximum confidence in Morata “.

“We are not going to speculate, but we really want to give joy to the fans and ourselves”

20.49 hours. The departure of Ramos from Madrid:

“I am not going to answer that because it is not my role. Unfortunately the players get older, but I thank Sergio for the relationship that I have the greatest of luck. But on the eve of a game like the one we have I focus on the selection “.

“I am going to make a reflection. The coaches have information that the journalist and the fans do not have. I have said about lvaro so that he has confidence, yes, but because he does many important things for the team. I do not give anything away. With 41 matches, there is only one player who has scored more goals than Morata: Villa. Ral and Torres, to name a few emblematic ones, did not have as many goals. And in the rest of the teams, only one player has more goals than Morata in the first 40 matches: a certain Harry Kane. Neither Mbapp, nor Lewandwosky, nor Lukaku … ”

“He is a very important reinforcement for everyone, because he also has an important relevance in the field and he is the captain. He has trained alone at home, but the GPS he has brought shows that he is in perfect condition. Assess with my staff if he is. We include it in the list. But the good thing is that it has returned. ”

20.41 hours. Again the sound of the press conference is gone. Absolute chaos.

The system is giving problems in all the matches of the Eurocopa. Luis Enrique took it with good humor and laughs.

20.39 hours. Gerard and Morata together

“We are a purely offensive team and the responsibility for the goal is not only for a single player. Regarding the goal, we have called up the four Spanish players with the most goals: Morata, Gerard, Ferran and Oyarzabal. From then on, everyone can play “

“I focus more on the applause, the fans in Seville are warm. And being Spanish and not being with the national team, I don’t understand it.”

“We want to repeat mechanisms of operation and occupying spaces. The area of ​​improvement is in being more precise in the final meters”

20.35 hours. Now you can listen to Luis Enrique, who talks about the lawn.

“In principle the grass should be better. We appreciate the effort they have made and it will not be an excuse. It is not the best, but we accept it willingly.”

20.31 hours. Luis Enrique’s press conference starts and they ask him about the lawn

Due to technical problems, Luis Enrique cannot be heard. Our colleague Miguel ngel Lara had asked him about the state of the lawn, but Luis Enrique’s response was not heard. Chaos at the press conference due to the telematic system used by UEFA.