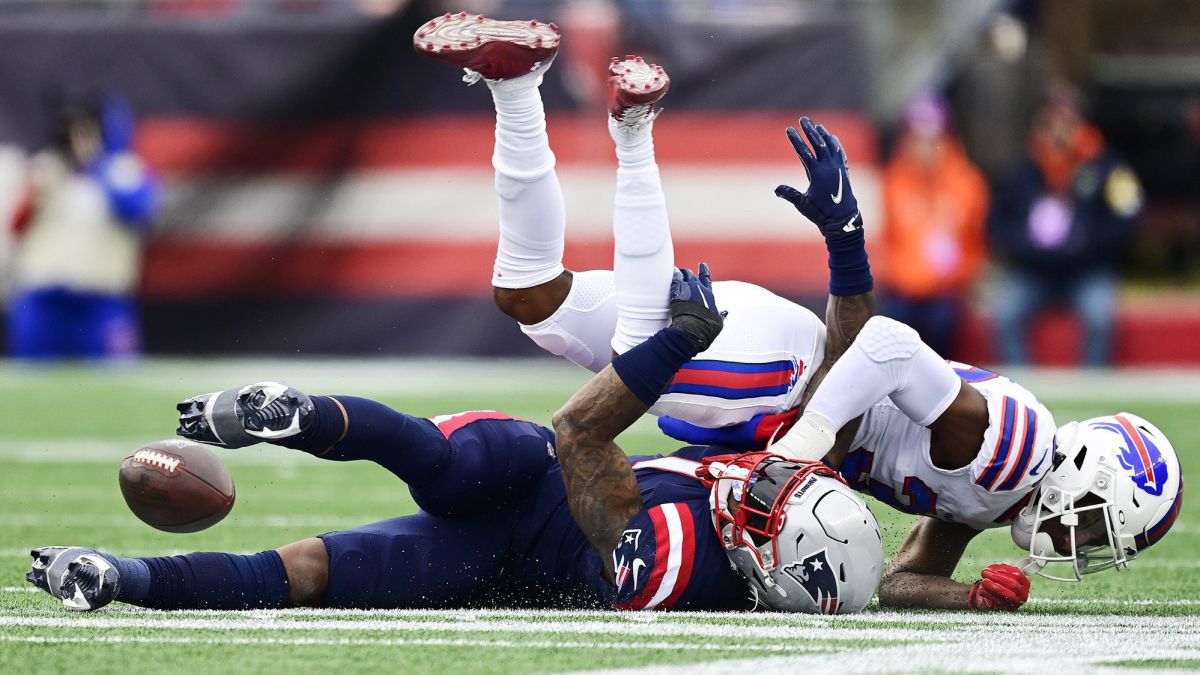 Professional football ended in 2021, But it is not so bad, in the first weekend, the game that so much fascinates millions of people in the United States and other countries of the world, returns for its final stretch.

The odds of multiple teams are starting to increase, but before they can even think about the Super Bowl … must make the playoffs.

Courtesy of the schedule that was extended to 18 games for the first time, we still have two NFL weeks ahead of us. So far there are six teams with a postseason ticket (Green Bay, Cowboys, Buccaneers, Rams, Cardinals and Chiefs in the AFC).

But there are still a lot of open races to get to the postseason, the joke is to accelerate on time.

The top part of the Power Ranking did not suffer major alterations other than the slips of the Cardinals and Patriots when losing their respective games.

The Bucs claimed their first division title since 2007

They won their fourth straight game to move to the Cards in first place in the NFC West.

Even before they entered their luxurious stadium Sunday, the Cowboys were already division champions. That didn’t stop them from giving Washington a period beating.

The Colts have won three straight games and six of the last seven feature the best running back in the league: Jonathan Taylor.

The Titans are within a win or a loss of the Colts from their second straight AFC South title, but they are currently below Indianapolis.

Buffalo now has playoffs over New England and Miami, and is in the driver’s seat to win its second straight division title.

The Cardinals entered the playoffs thanks to the Rams’ win over Vikings, but they are 3-5 since starting the season 7-0.

The Bills became the first team not to enter their punter in a matchup against the Pats since Bill Belichick was their coach.

The Bengals are having their best season since 2015, when they last made the playoffs. Joe Burrow threw 525 yards in the win over Baltimore.

The 49ers (8-7) lost for the second time in seven games; his postseason chances dropped almost to the ground.

For the first time since 1985 they have a seven-game winning streak. The Dolphins are the first team in history to string together seven wins after seven losses.

The Chargers’ playoff chances took a heavy hit with a loss to the lowly Texans.

With Lamar Jackson out with an ankle injury and backup Tyler Huntley on the Covid roster, Josh Johnson, signed as a free agent 10 days ago, started as a starting quarterback. There is not much to ask of a team so hit by the new wave of coronavirus.

The Eagles have won six of eight after starting the season losing five of seven and moved up to seventh in the NFC playoffs.

The Steelers continue to unravel down the stretch. They became the first team in NFL history to be down by at least 23 points at halftime in three consecutive road games.

Las Vegas has limited three of its last four opponents to 17 points or less.

For the first time in his career, Baker Mayfield suffered four interceptions.

Denver lost its third game in the last four, the loss to the Raiders seriously hurting its postseason chances.

The vikings they failed for the fourth time this season to bring their record above .500. They lost control of the third and final wild-card spot in the NFC.

A last-minute interception by Foye Oluokum showed the Falcons are learning how to win close games.

Washington allowed its most points since 2010 in the most uneven loss of any team in a historic rivalry played 124 times.

The Bears (5-10) had lost three in a row and seven of their previous eight. Something to celebrate before the end of the year.

Seattle came in with a mathematical chance to make the playoffs, but couldn’t hold a 17-7 lead at halftime against the Bears, they don’t deserve anything.

But neither QB produced.

Rex Burkhead rushed for a career-high 149 yards and two touchdowns, and the Texans used three turnovers to beat the Chargers.

Zach Wilson ran like no other Jets quarterback in franchise history, threw a touchdown pass to an offensive lineman and edged out Trevor Lawrence.

Mike Glennon, playing after Jake Fromm was benched in his first NFL start.

Without Jared Goff, he couldn’t maintain the momentum gained from last week’s stunning 30-12 win over Arizona.

The Jaguars’ silver lining in the loss: They created some space between themselves and the Jets in the race for the top pick in next year’s draft.