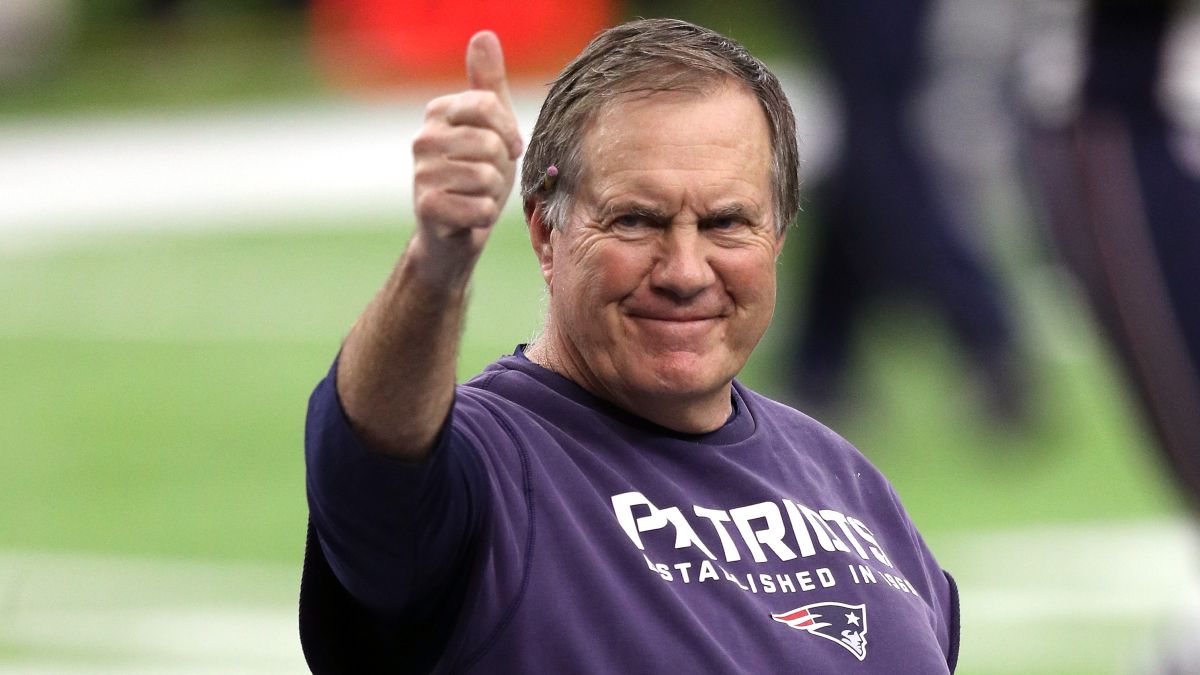 With five games to go to the end of the season, the Cardinals remain at the top of the Power Rankings, a place few imagined Arizona would occupy. The defense’s nose to anticipate plays and the return of Kyler Murray and DeAndre Hopkins fueled the 10th victory for the Cards who continue to fly above the radars of many analysts and even opponents. They are the best record in the NFL and last Sunday his defense had four interceptions and Murray had an afternoon of four touchdowns, two with passes and the other pair on the ground.

The most impressive part of Arizona’s best NFC record is the fact that they are undefeated on the road, becoming the third team in NFL history to win seven straight double-digit road games in a single season. If the Cardinals continue like this, they won’t have to play postseason road games.

The NFL reached the last third of the 2021 season and the playoff spots are beginning to settle in some divisions while in others the positions are a constant seesaw.

The winter football weather caught up with us and with cool northern breezes some surprise results like the Lions’ victory, their first in 364 days.

The Ravens got the touchdown they needed, but narrowly missed the 2-point conversion to win in regulation time.

And guess who is the AFC’s top favorite now? The patriots

Bill Belichick proved again that he is a genius from the sideline. In one year he rebuilt a franchise that was left without the best man ever born to play this sport and has them as the first seed in the American Conference.

On Monday night he defeated Buffalo with just three passes.

The victory pushed WFT (6-6) to No. 7 in the NFC playoff race. Meanwhile, the Raiders (6-6) have lost four of their last five games.. Las Vegas has only scored 16 points or less in those four losses.

So far, 26 games have been decided by a touchdown or field goal scored on the last play, the most of all time through Week 13.

For the first time since 2000, there have been nine team games won over an opponent with at least four wins more than them at this point in the season.

They got Kyler Murray back and the offense looked explosive again in the first third of the season. They have seven road victories, all with a margin of 10 or more points. No one expected them to be here, but they did.

Tom Brady threw for 368 yards and four touchdowns and the Tampa Bay Buccaneers were on the brink of clinching the NFC South title.

That damn dog did it! It is not a meme at all, but a reality. Bill Belichick has the Patriots back in first place in the AFC. If the season ended today, all of the playoffs would go through Foxborough, a widely known venue in January.

Patrick Mahomes had just 184 yards with a touchdown run and an interception, but now the Chiefs are enjoying the health of their defense that helped defeat the Broncos.

The Packers enjoyed a bye week. Aaron Rodgers did not have an operation on his foot, but he received days without having to demand his body.

A failed conversion on the last play of the game deprived the Ravens of a win over their eternal rivals, the Pittsburgh Steelers, beyond that, the team did not look bad.

The Jaguars were the cure for the Rams who snapped their three-game losing streak and next week they have a chance to deliver a coup of authority by facing the Rams.

The Cowboys took advantage of the Saints’ limitations and injuries to tear them apart in New Orleans. Dallas’ defense had three interceptions.

They took a week off to face the rest of the year.

Buffalo can still be a big threat to any team in the AFC, the problem is they don’t believe it themselves. The loss at home to the Patriots should be your last wake-up call if you want to think about the postseason.

A solid victory over the Bengals returned the Chargers to the mix of teams that are on the fine line of being postseason contenders or strong candidates.

The Bengals had four turnovers against Chargers to end their three-game winning streak.

They enjoyed a field day on their visit to Houston. Jonathan Taylor ran 143 yards.

Historically the Steelers have a survival instinct that makes them refuse to die. They came out of the Ravens matchup alive and are now holding on to their postseason chances looking for a wild-card berth.

They snapped a three-game win streak and were swept by the Seahawks, a team that now has some postseason chances.

This team was once 1-7 and was crumbling now at 6-7 and brimming with confidence.

They took a break and watched the Ravens and Bengals lose in the division.

Taylor Heinicke has led WFT to four straight victories in the hopes that his team will make it back to the playoffs.

Teddy Bridgewater threw a pair of interceptions in the second half, including the one that Daniel Sorensen returned 75 yards to score with 9 1/2 minutes to go to end the game.

Garner Minshew completed 20 of 25 passes for 242 yards and two touchdowns for Dallas Goedert in the victory over the Jets.

The Raiders failed to capitalize on a Thanksgiving overtime victory in Dallas and lost for the fourth time in five games.

They couldn’t compete against Brady and company.

They will be remembered for being the team the Lions beat in their first win of the year.

They snapped a three-game losing streak by beating the 49ers. Russell Wilson played his best game since returning from finger surgery, throwing 231 yards and two touchdowns.

They didn’t have Daniel Jones taking the balls under center and their offense looked bad again.

They couldn’t compete with the Cardinals and the return of Kyler Murray.

Bye week for the Panthers. They took advantage of it to run to offensive coordinator Joe Brady

This team has many things to rebuild not for this campaign, but for its future. Without Jameis Winston, his offense has been a depressing circus.

It looked like they were going to have a give-and-take fight with the Eagles, but as the second half began they deflated like zeppelin

They are in the worst season in franchise history. They say that in Texas everything is bigger and their offense is the biggest failure of the year.

They have four losses in a row and the sixteenth in a row against NFC rivals.

It’s not a typo, the Lions won and did it on the last play against the Vikings. A national day of celebration for moody Detroit.

Power Rankings: Week 14; The Cardinals enjoy the top, the Patriots have Bill Belichick